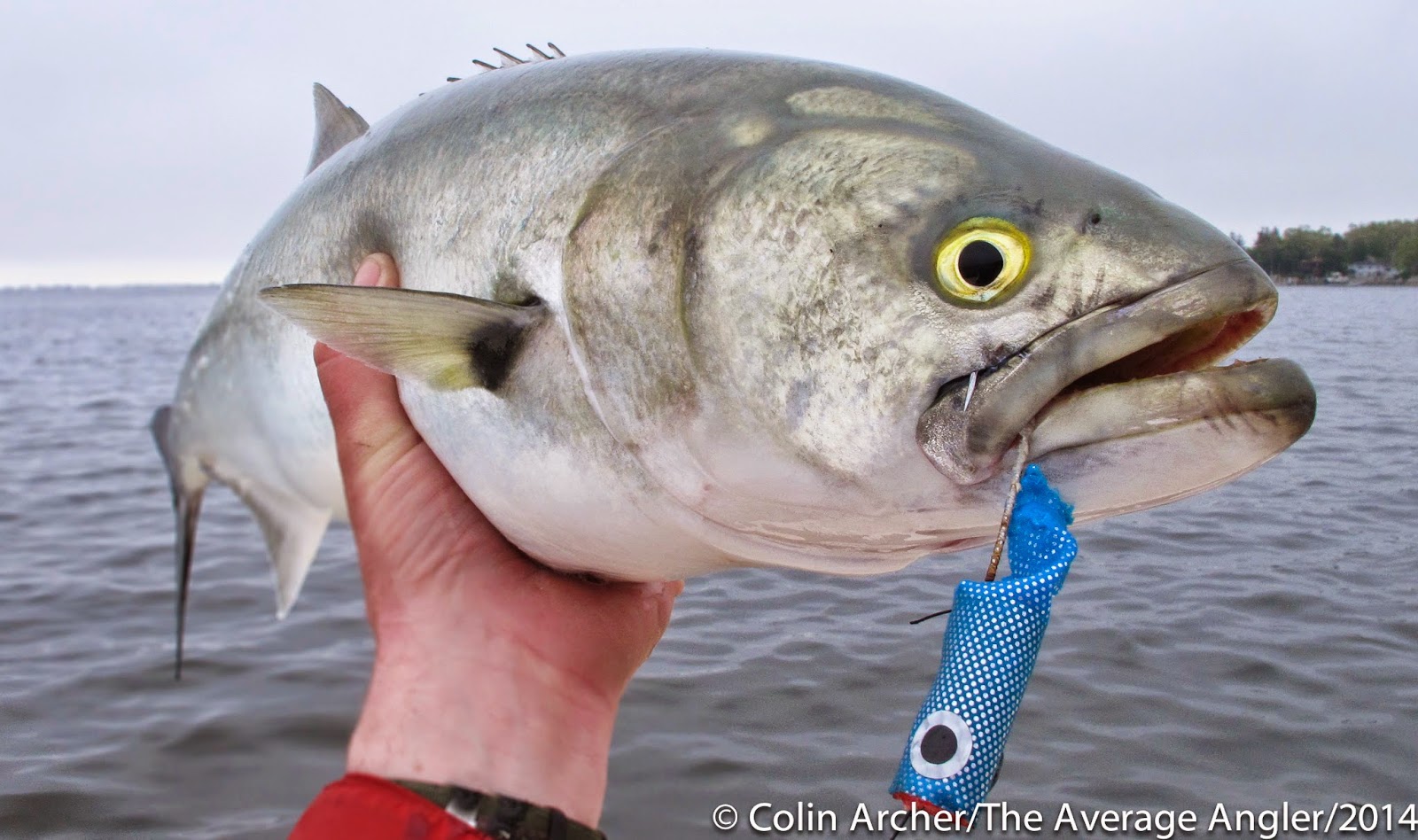 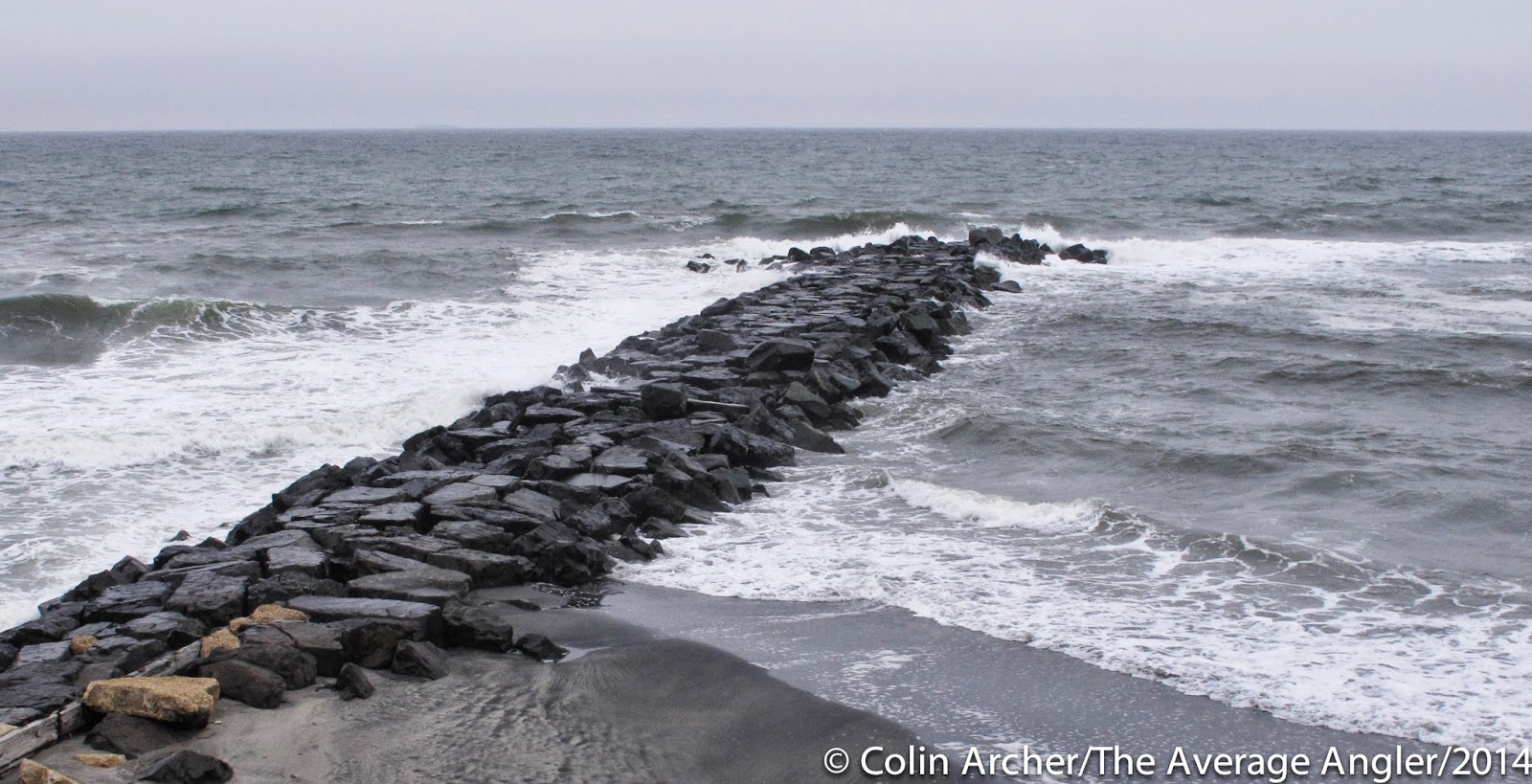 Started out the coming out front with the NE wind. Fished it hard on the incoming without a bump. Grabbed the boat and headed inside away from the wind and had a great day with topwater and  underwater bluefish action. I can say this.....today was not the day to be a bunker. Not only did a lot of your friends get eaten....you probably did too. 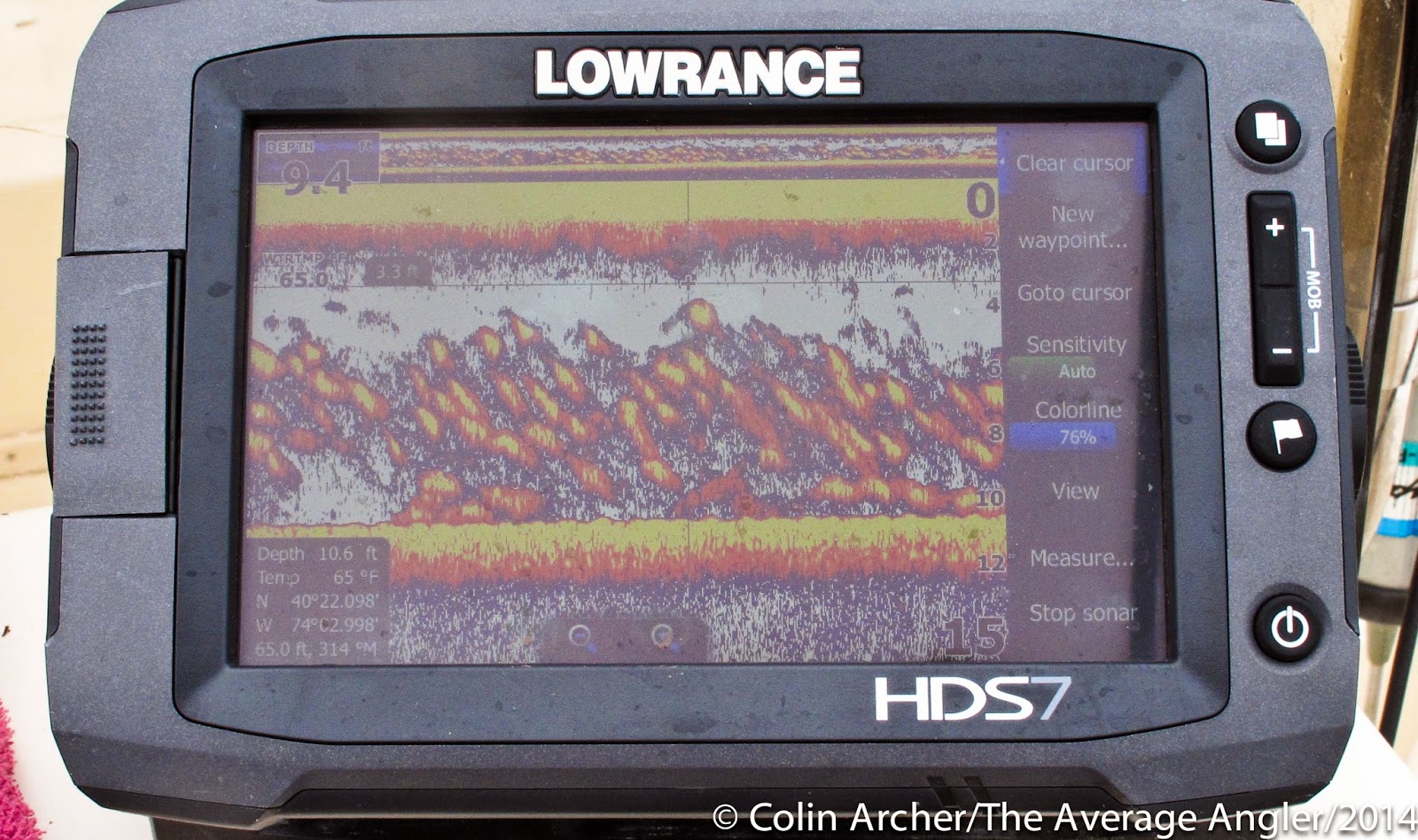 Had bluefish blowing up on bunker right out of the gate and it didn't stop for 6 hours. If I counted I would say over 50 came to the boat, and more missed or bit off. It was a crazy day. Moved around looking to escape the bluefish and try and find some bass but no matter where I went, and how deep I fished, and what fly I used....the bluefish ate. My best shot was a yellow Hollow-Fleye that kept getting

bit but the tail biting blues but no bass hit it. For a long while I had my camera in my hand and not the fly rod. It was too much fun watched the poor bunker get eaten. And if one strayed.....goodbye.

One of my favorite pics of the day is the one below. It shows the bunker balled and trying beach themselves on each other. In the top of the frame you can see the wake a big bluefish coming in for lunch. As the tide ebbed and the two pods traveled, it got less and less, until they were all gone. 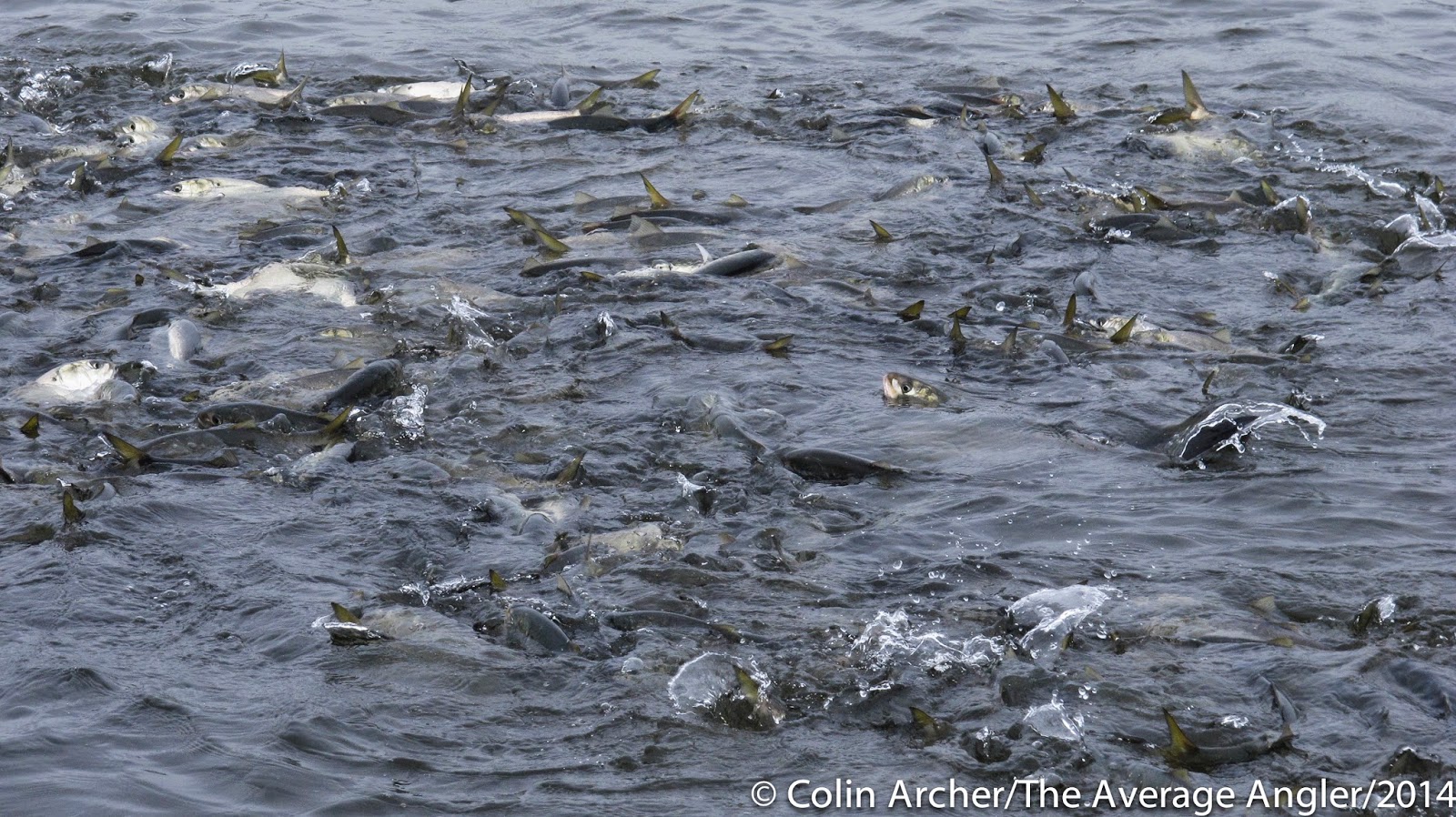 In the end I went through a lot of flies, a lot of wire, and burned a lot of calories. These bluefish pull hard and the visuals were great. One on the boat they puked up bunker, bunker, and more bunker. At some points I had to check my fly because it was being stripped away down to the hook. 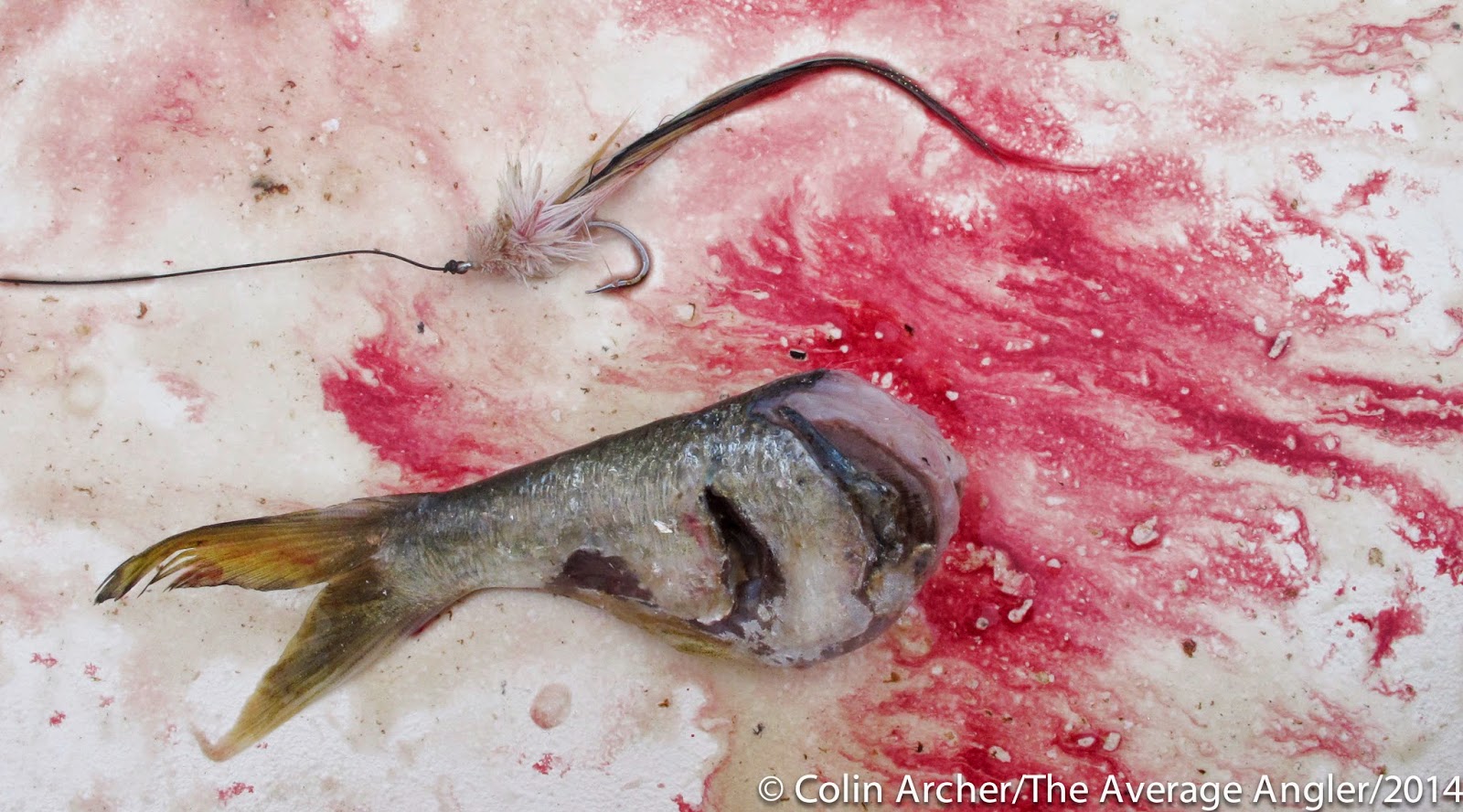 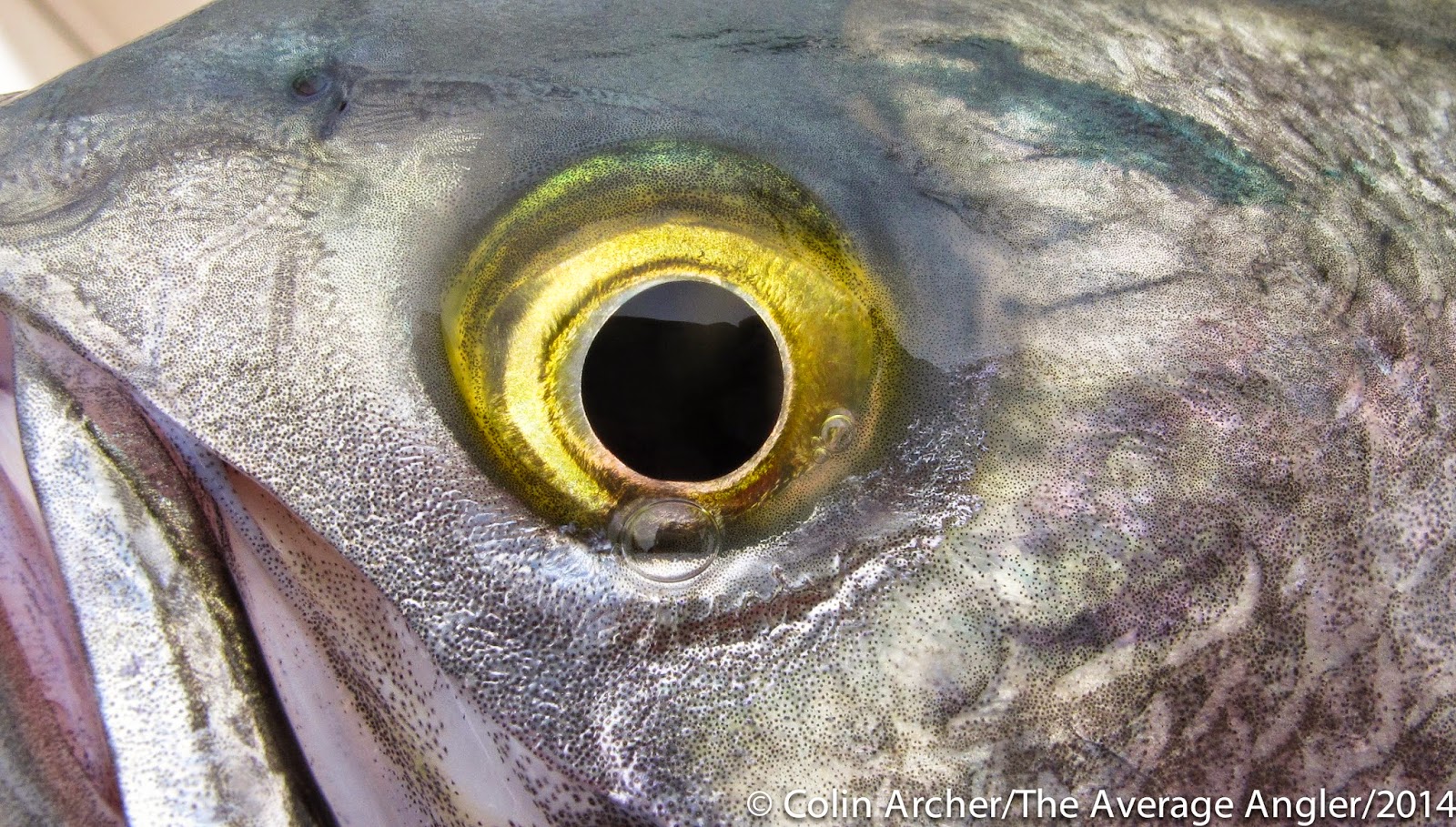 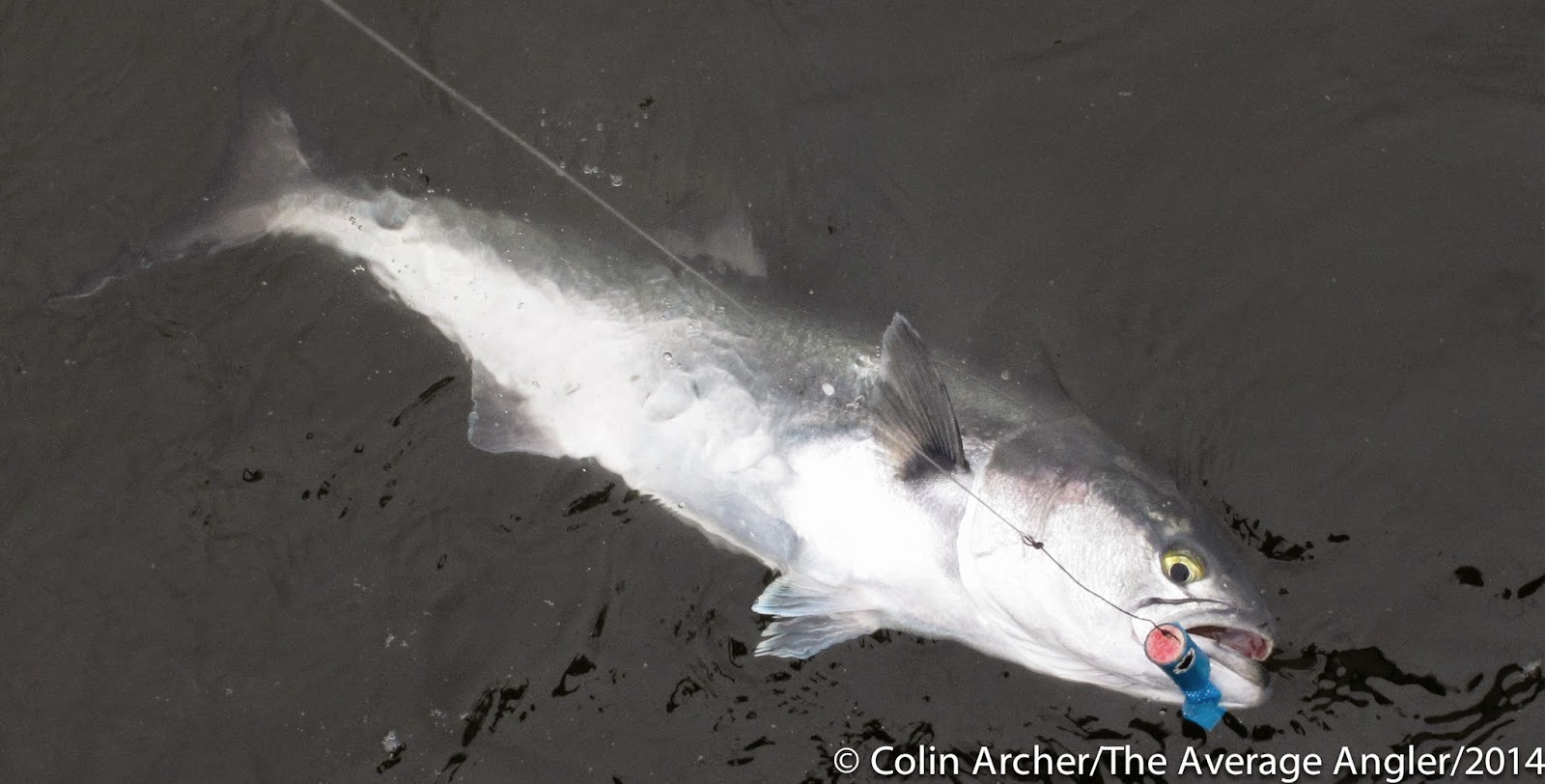 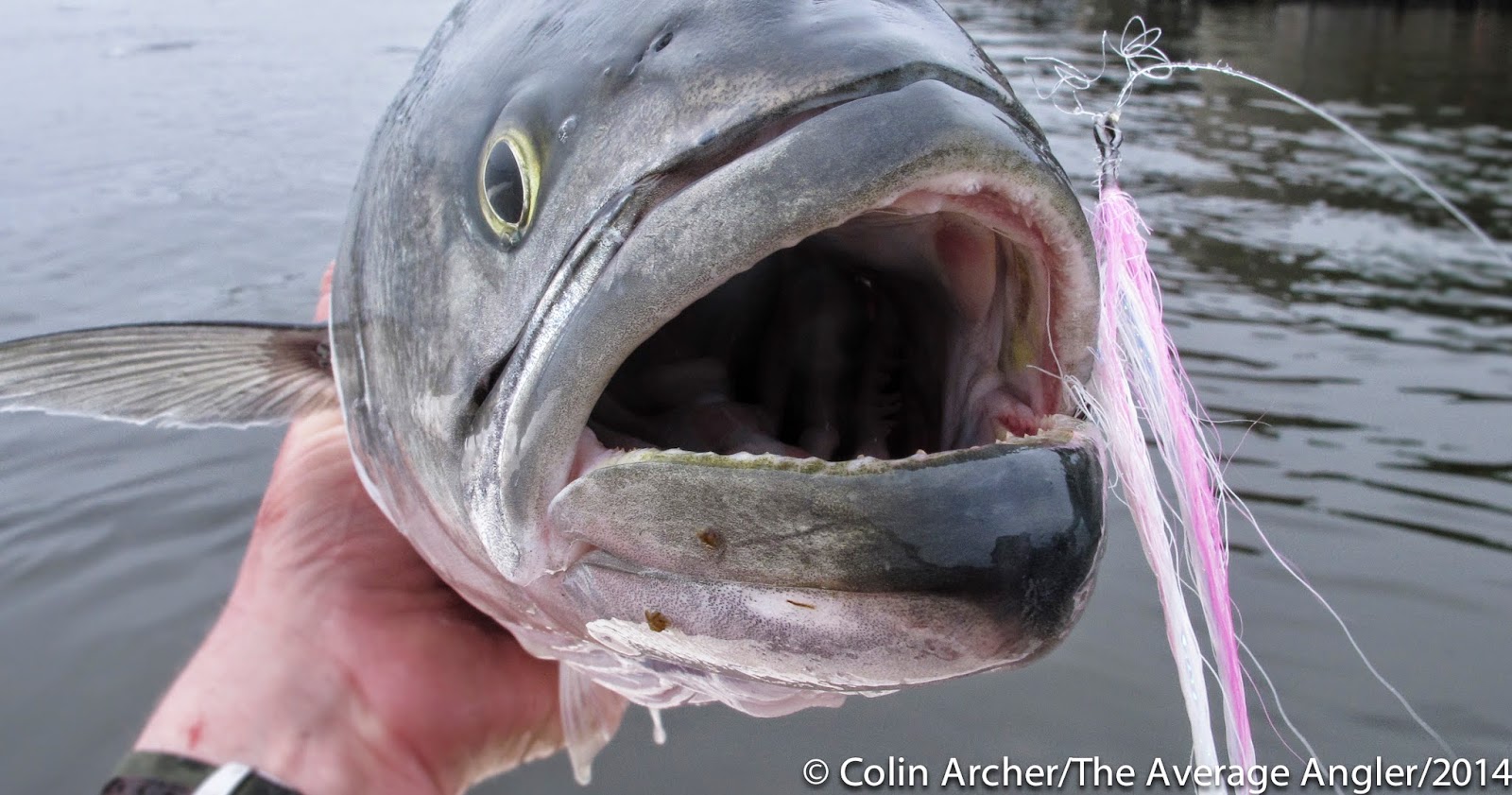 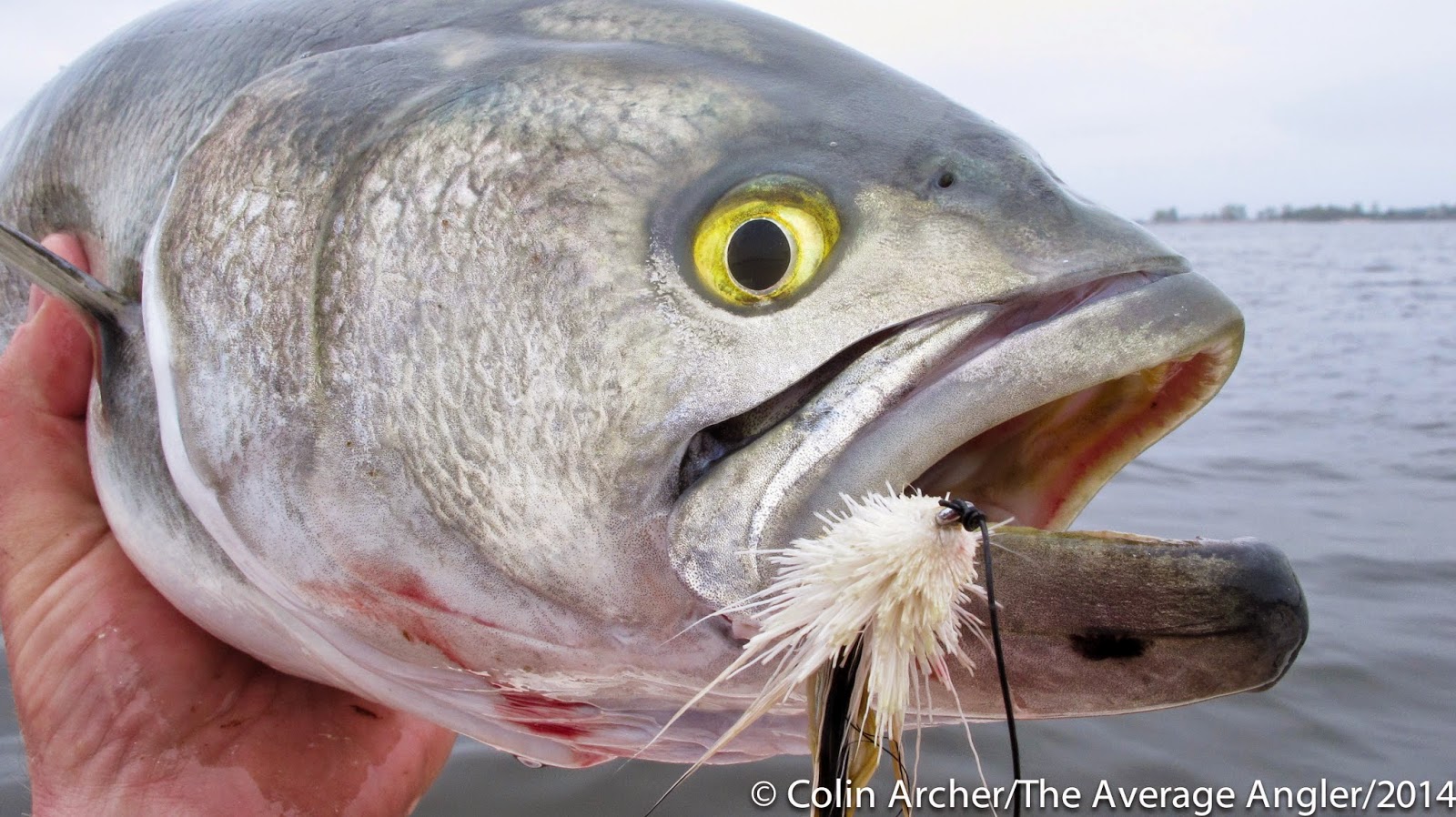 Posted by The Average Angler at 5:19 PM