Had Chris and Jack out for a tough, long, hard, but fun day. Started the day in the back casting poppers around happy bunker for a while. Worked our way to the front and stopped to fish some slop where Chris hooked and landed a nice bluefish. I even took a few pictures of him hooked up.....but only after we released the fish did I realize that when you look at the back of the camera and it says "No Card" that there was no proof for him. And yes, he said he needs proof, see he has a few fly fisher doubters in his family. So, yes, he did get one. 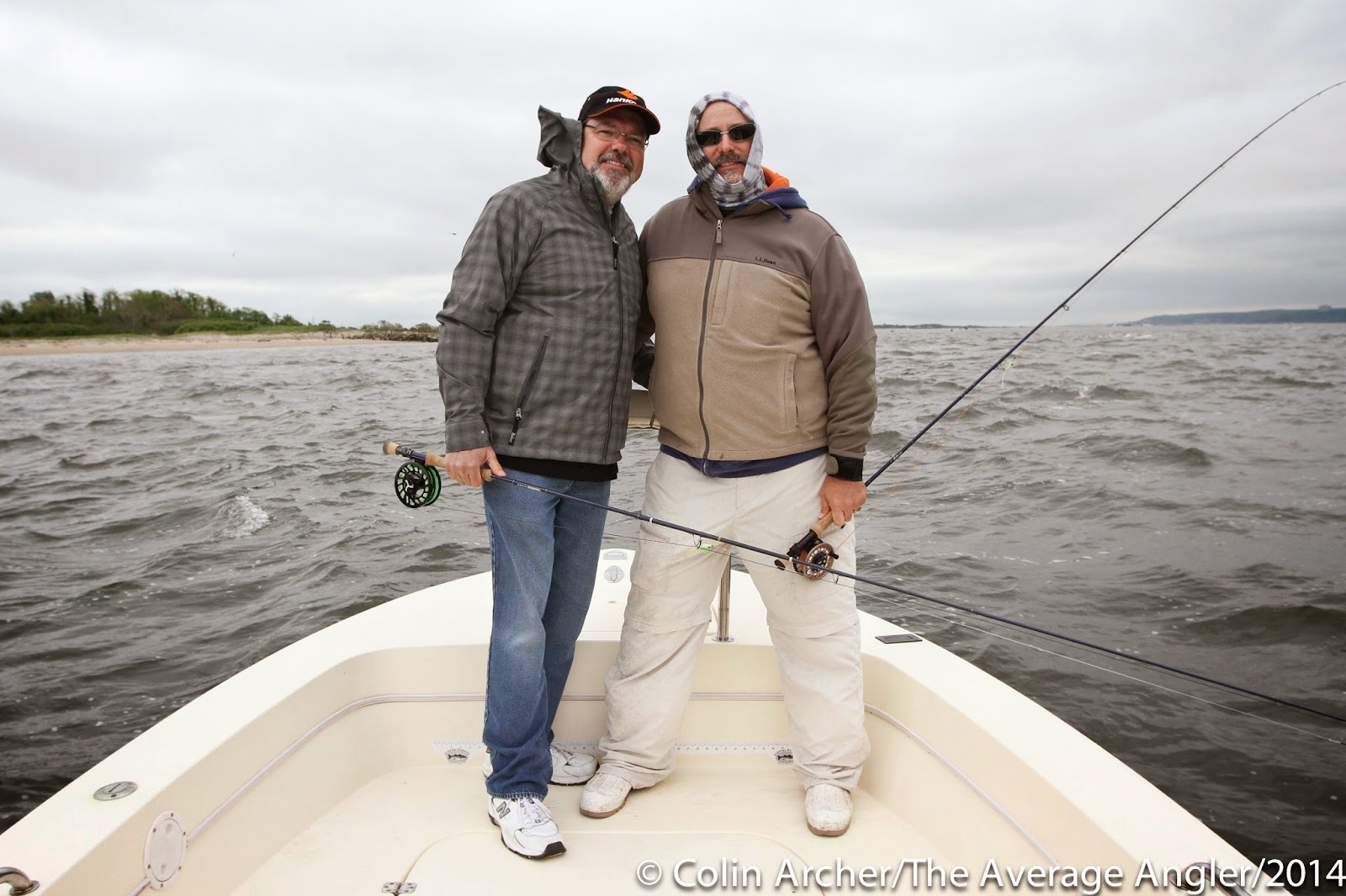 Last night Chris and I touched base and he said he wanted to come out into the ocean looking for stripers on the fly. So we abandoned the bluefish-in-the-back routine and set course for the ocean. It was a weird day, several wind changes, several temperature changes, and several sun in, sun out changes. And ask Jack, several calm to not so calm changes. We soon found the bunker which was 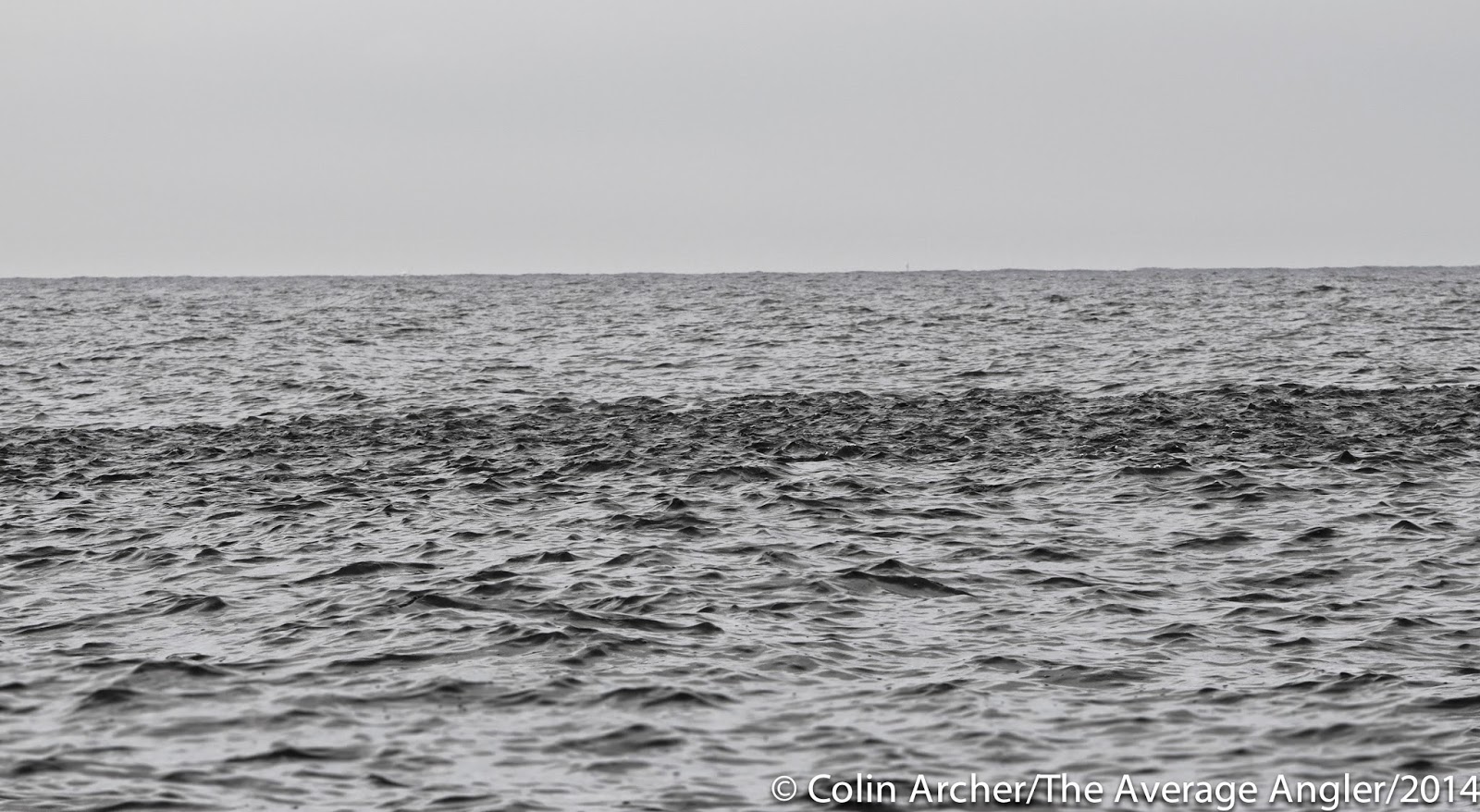 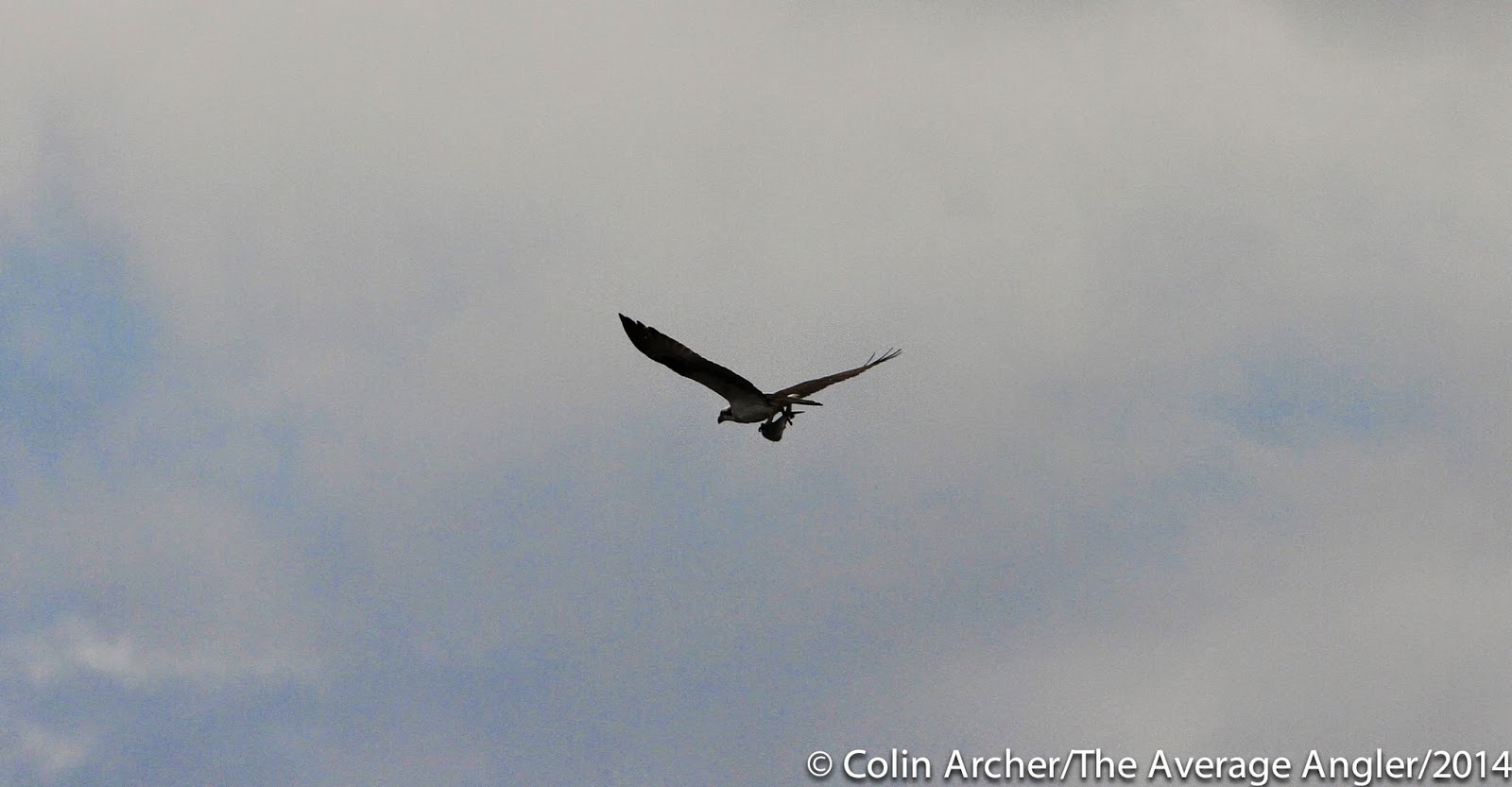 a welcome sight. In fact we found bunker pod after bunker pod. We watched them, we casted on top of them, we dredged under them, we even "acquired" one at each pod and swam it around, gently releasing each one unharmed, except for the new piercings. We took a pretty good ride south and were surprised at how little boat traffic there was, outside of the 1,000 boats fluking this morning. We joked 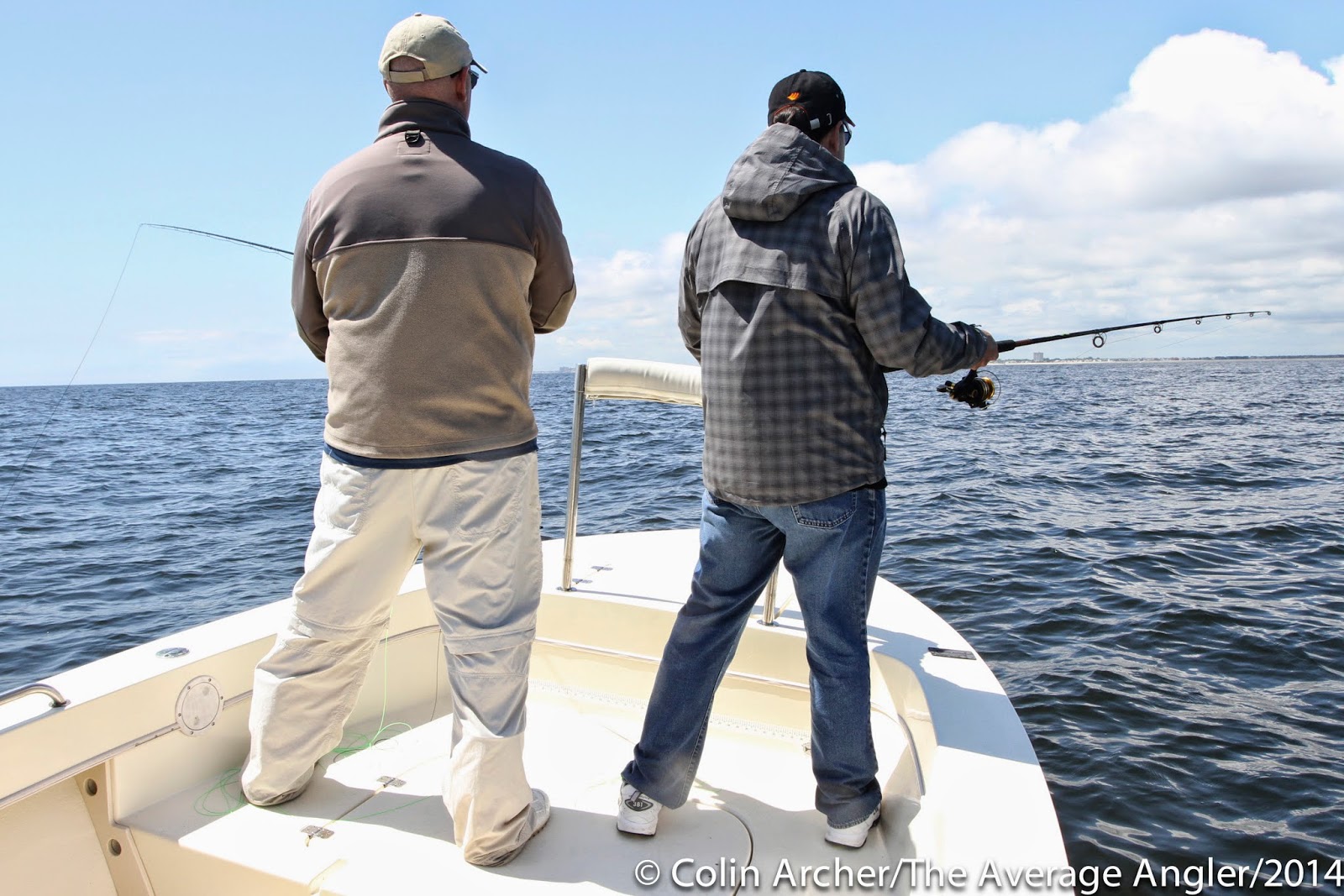 that probably somewhere there were lots of boats on lots of bass but their guide just had them in the wrong spot. On out way back we stopped by the pier and scouted for some bluefish. Yesterday they were there, blowing up, swirling and tailing...today...nada. We made out way back and stopped where we started...casting poppers around happy bunker. It was a great day with great guys...I am sure the joke tonight will be the ribbing Chris takes for not have proof he caught a fish on the fly rod. 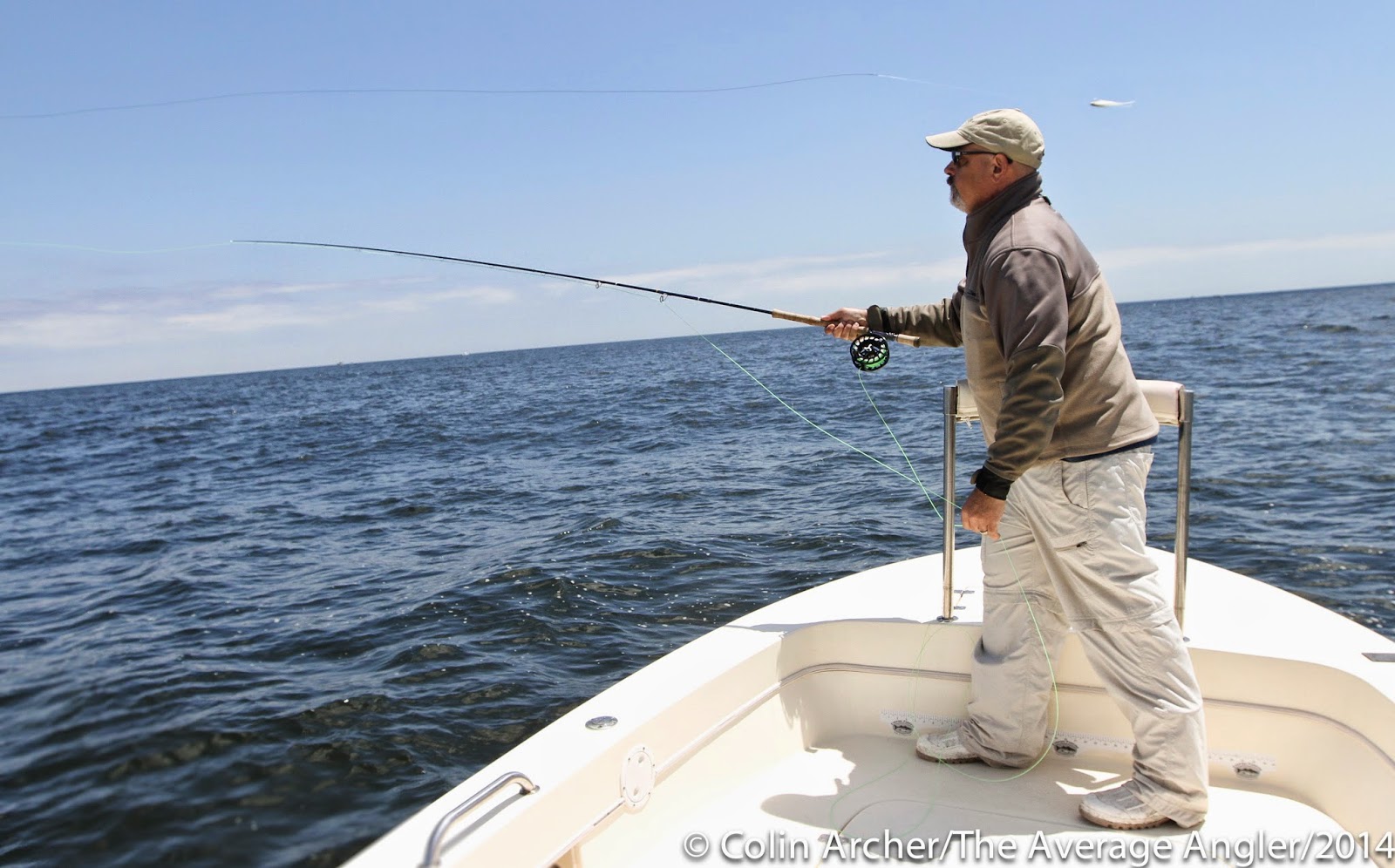 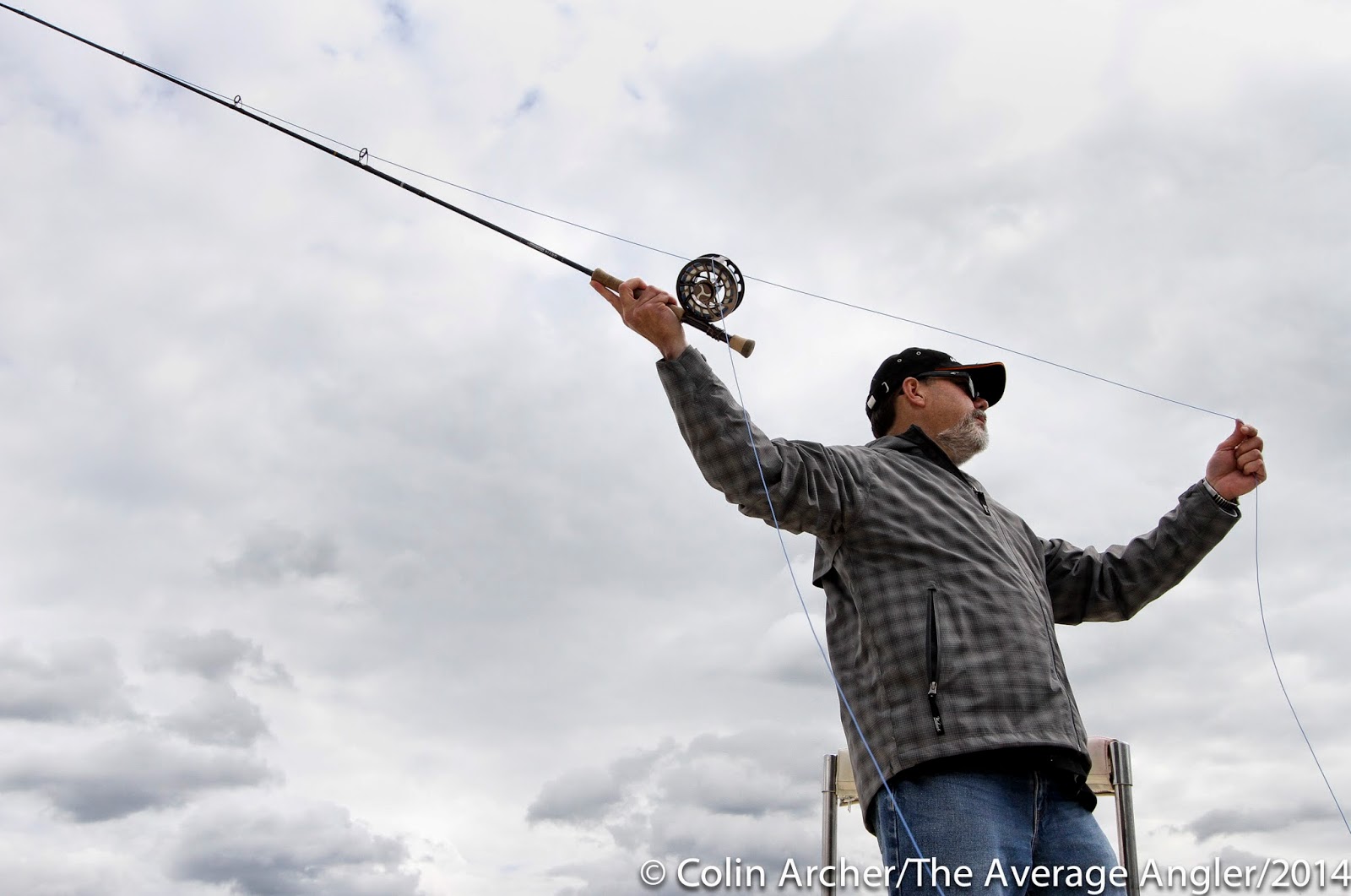 Posted by The Average Angler at 6:21 PM