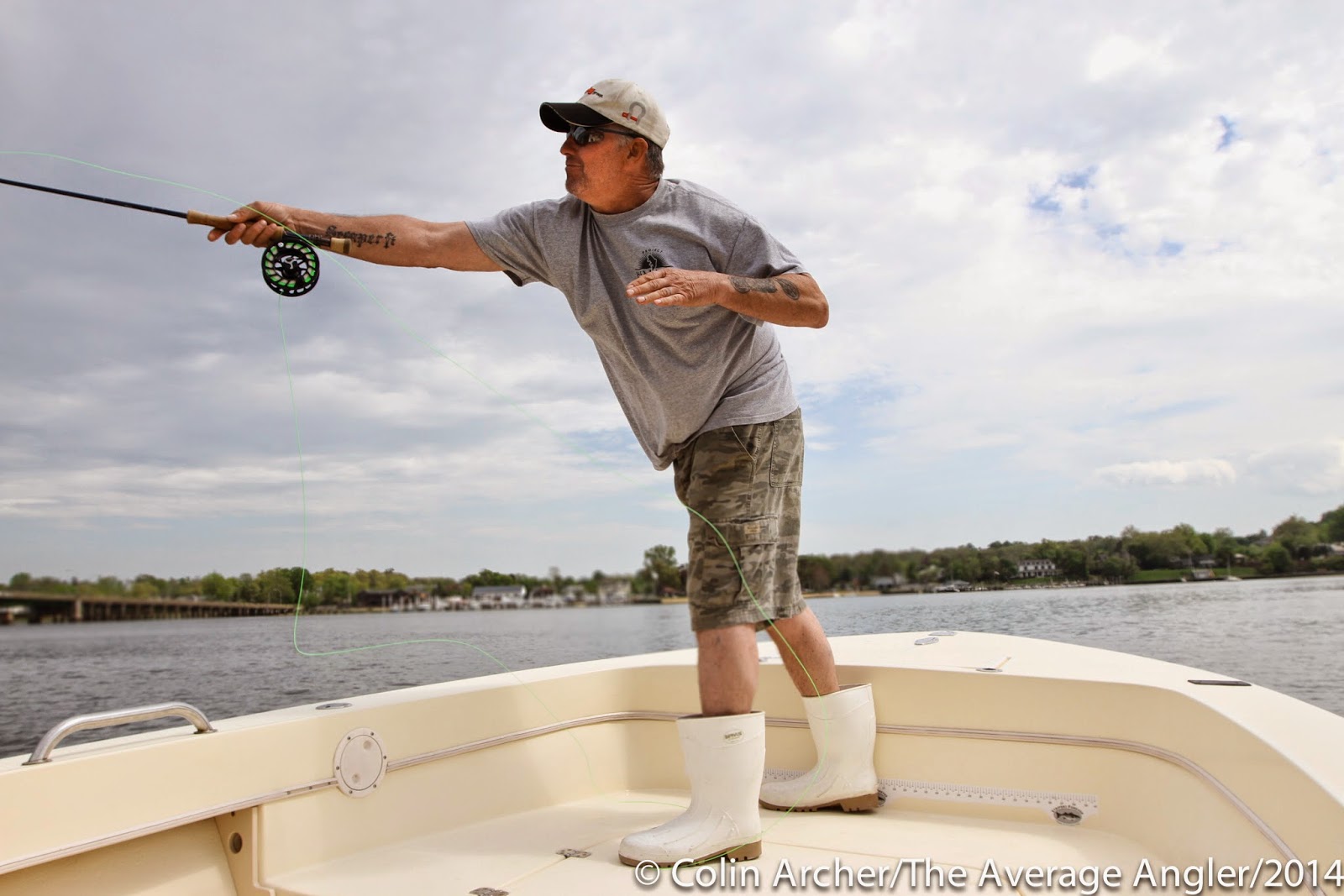 Boy did we bounce....and fish. After studying the tide charts in the river, the bay and the ocean I swore we had a good plan. Started in the river finding 67 degree water temperatures and some bunker flipping happily about. Then we hit the bay....hit it hard. Crossed the state line and joined others in the pursuit of striped bass. We heard of one bass caught on a head boat after a fare through a plug off the back, that fish stretched was just 28 inches. We went shallow, and then in the channel. Didn't find much for marks except the bunker, which was thickest on out next stop which was out front. Got up on some shallow water in the middle of the deep blue and did some more fishing. We ended up the day back in the river where Tommy had a fish on for a bit before it came unbuttoned. It was a great day and we gave it a good college try.

Now tune in below for a little more. 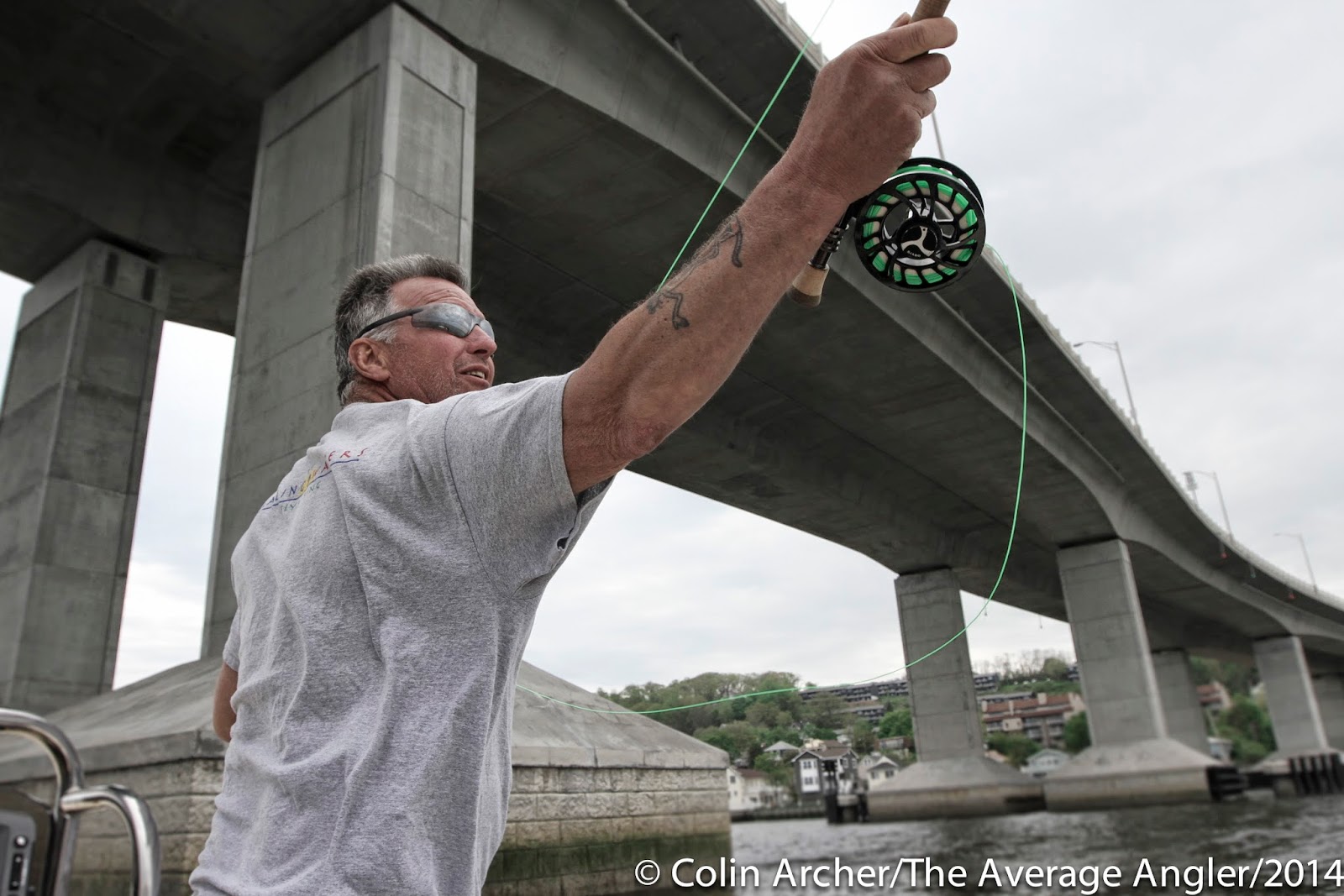 Tommy loves to fish. He fly fishes as often as he can on the Upper Delaware. In the salt he uses spinning gear but was down for giving the fly rod a go. Today was one of the Fish-A-Long trips that I offer so we started we me on the fly rod and he with a swimming shad.

We threw flies. We threw shads. We through plugs. I had brought along an old spinning rod that I use to tease up bluefish with a old hookless wooden plug. Today I brought a treble hook.........

Yes, and Tommy didn't think I would man up to it........I was ready to give livelining a shot.

And the flyfishing Gods weren't happy.

I tried for 40 minutes trying to snag a bunker.....and couldn't get one stuck on the snagging hook.

I gave up and said out loud, "What am I thinking?" and Tommy said, "You've joined the dark side"

We even trolled around trying to get a bite and that didn't happen....but Tommy snagged a bunker and that was it......he was going swimming. During lunch we watched as the bunker swam around and at times tried to meet up with his friends. Then I held the rod in my hand, it went tight, and the bunker and hook were gone. It was over....so yes, I admit, today I livelined a bunker. 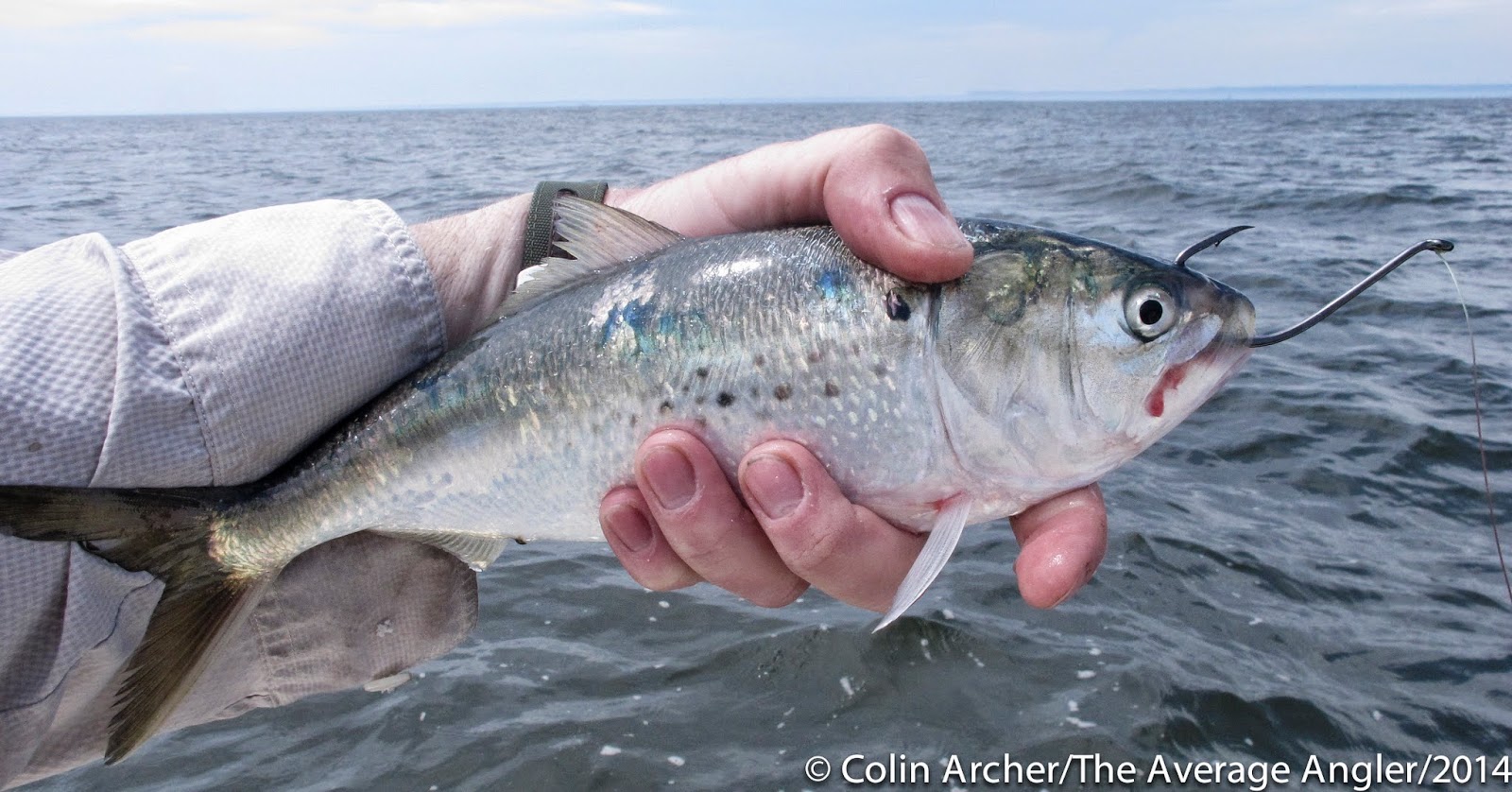 Still on our game plan with slack in the river we hit a few spots as the tide started to flood before calling it a day. We had a great day even though we didn't catch. Tommy is looking forward to heading back to the Delaware this week where he can hopefully toss dry flies to rising trout....and not watch a diehard fly guy try to swim some bait. 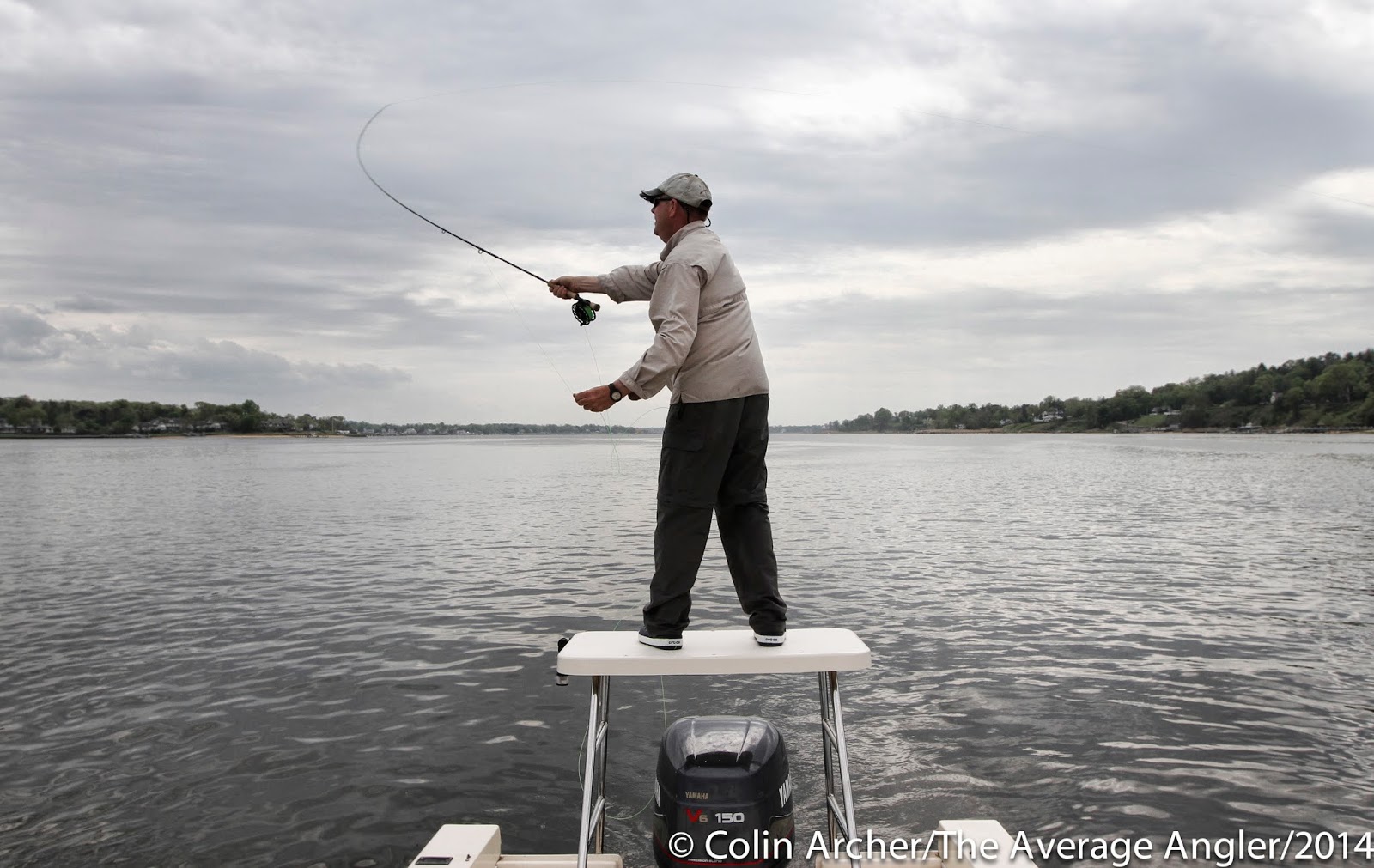 Posted by The Average Angler at 6:51 PM