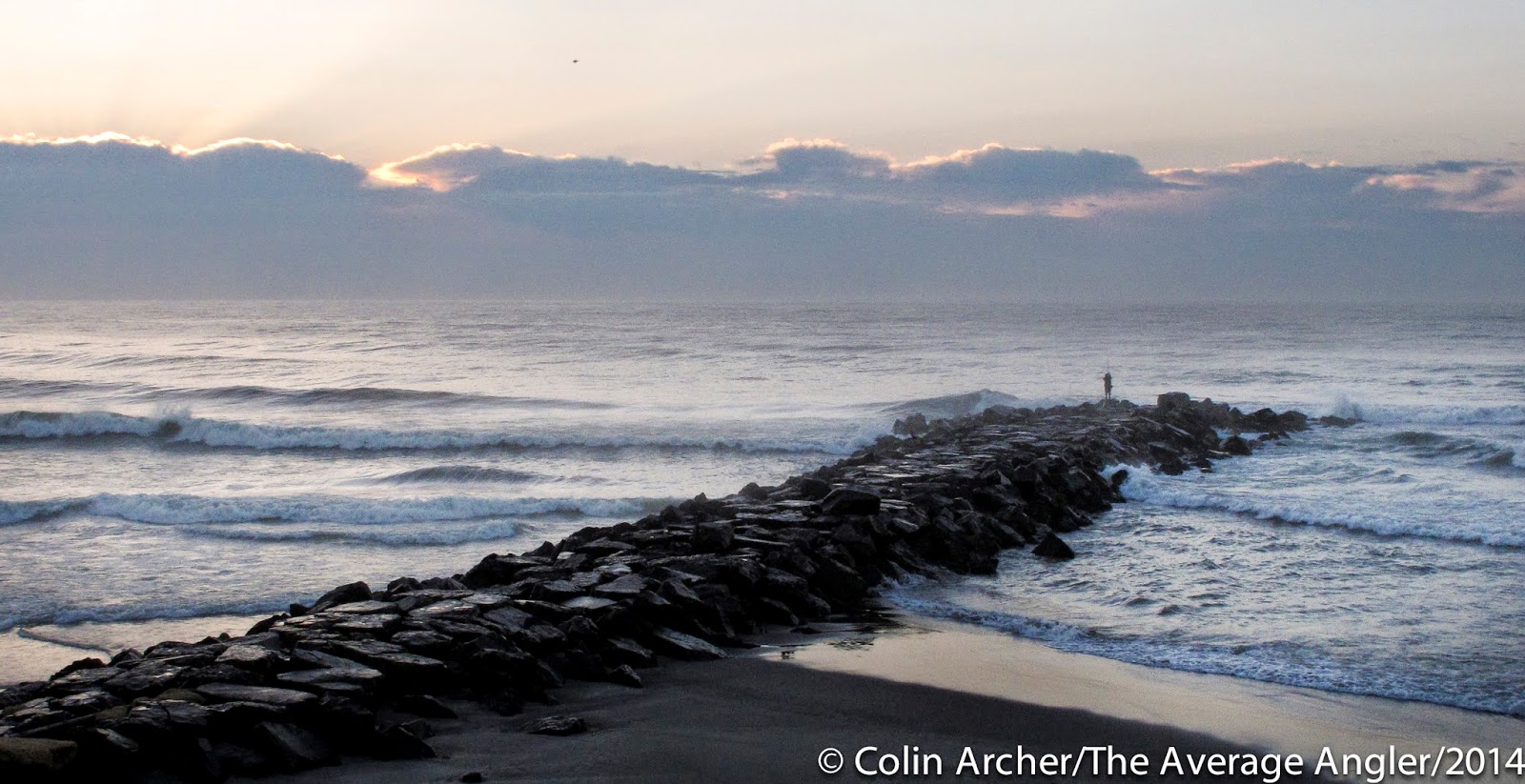 Well it rained....and then it rained some more. The Upper Delaware rivers are blown out after the rain hit the rivers hard up there. We got it later in the day but had our share last night. Water down on the beach this morning was slightly off color and there were more surfers than fisherman out enjoying the swells. Worked a fly during the quick outing through ripping water on either side of the groin. Thinking tomorrow morning will be nice once the water settles down a bit and clears up. 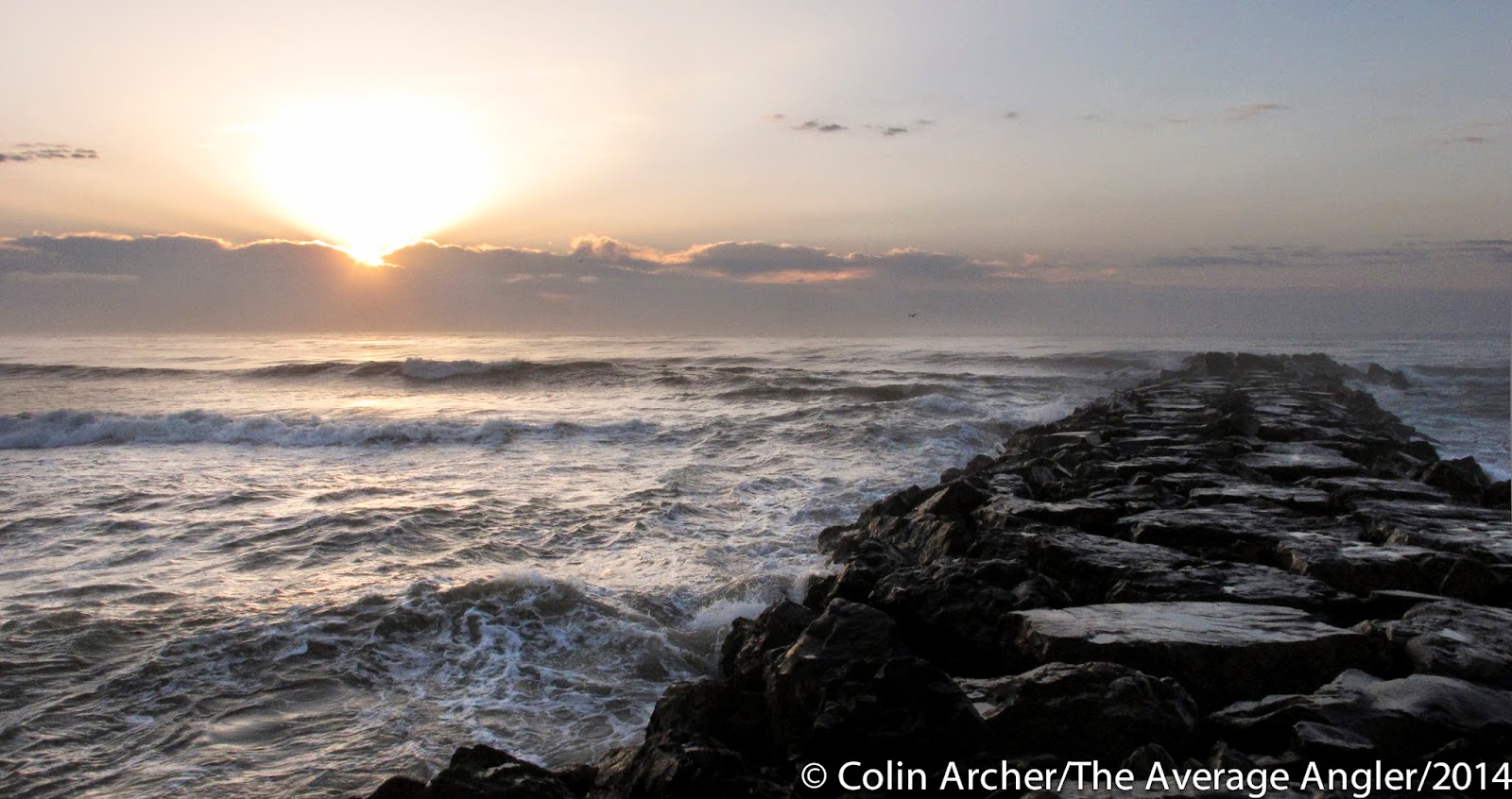 I got a couple of calls looking for my two cents on the recent bunker fish kill in the Shark River that happened about a week ago. The NJ DEP is saying that an algae bloom caused the kill, I think otherwise. I talked about it with Paul Eidman from the Menhaden Defenders and we agreed that the event was a little odd. First, bunker don't normally stack up in the SR like that. People don't usually go there to "make bait". If you've ever been there on a low tide you can see the river gets very skinny. I, like others, think the bunker were chased into the river by the packs of marauding bluefish that have showed up in the surf, especially south of the Shark and Manasquan Rivers.
With all those fish in the river and a low tide the oxygen levels were depleted which may have caused the fish kill. All week, and including into yesterday, dead bunker continued to wash up along the Monmouth County beaches. 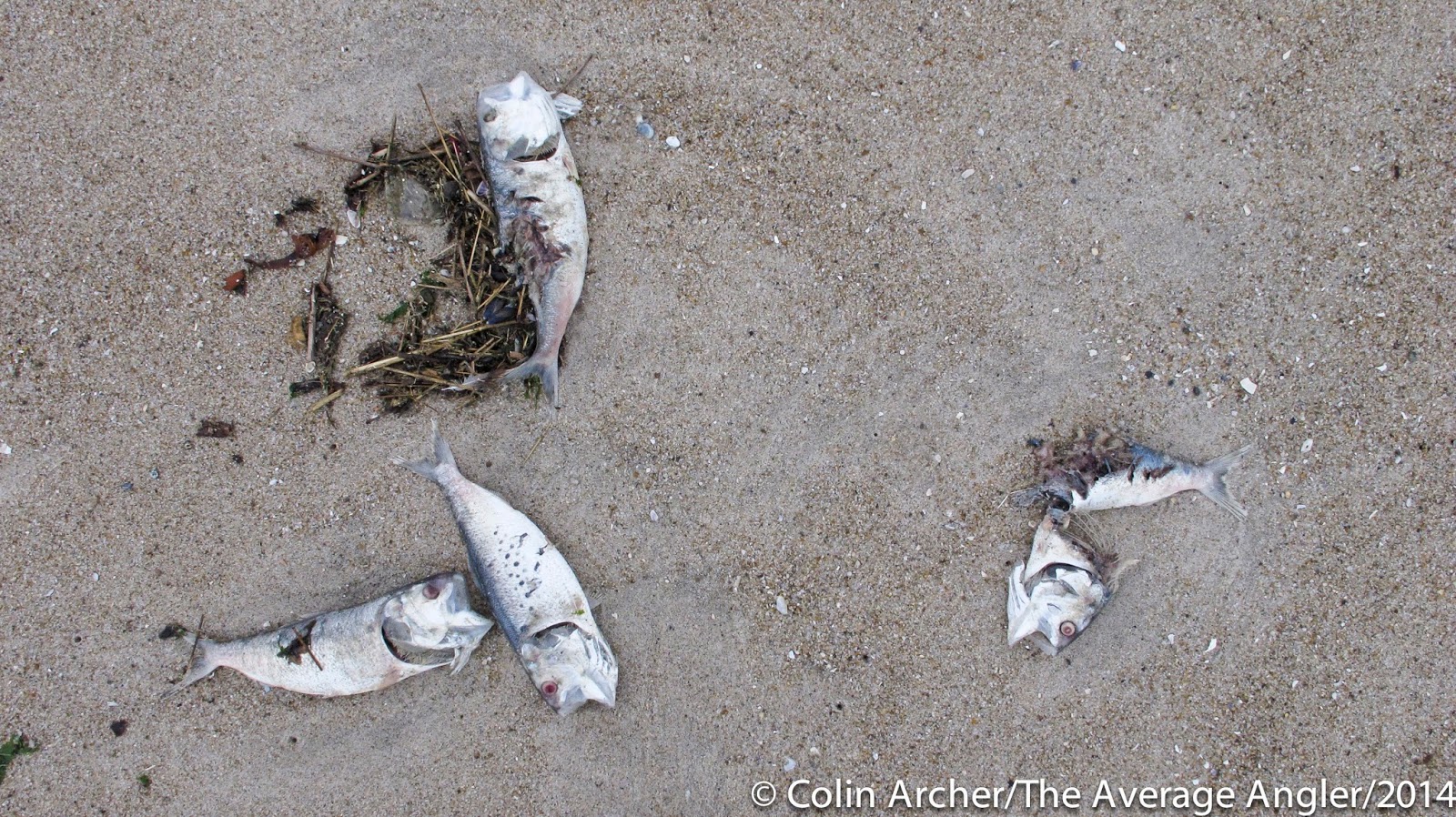 In the Shark River trapped in the marinas were tens of thousands of dead bunker. The image below was posted on Facebook. I heard bait shop owners and party boat captains were collecting the freshly killed fish in wheelbarrows. Glad to see them not all go to waste. 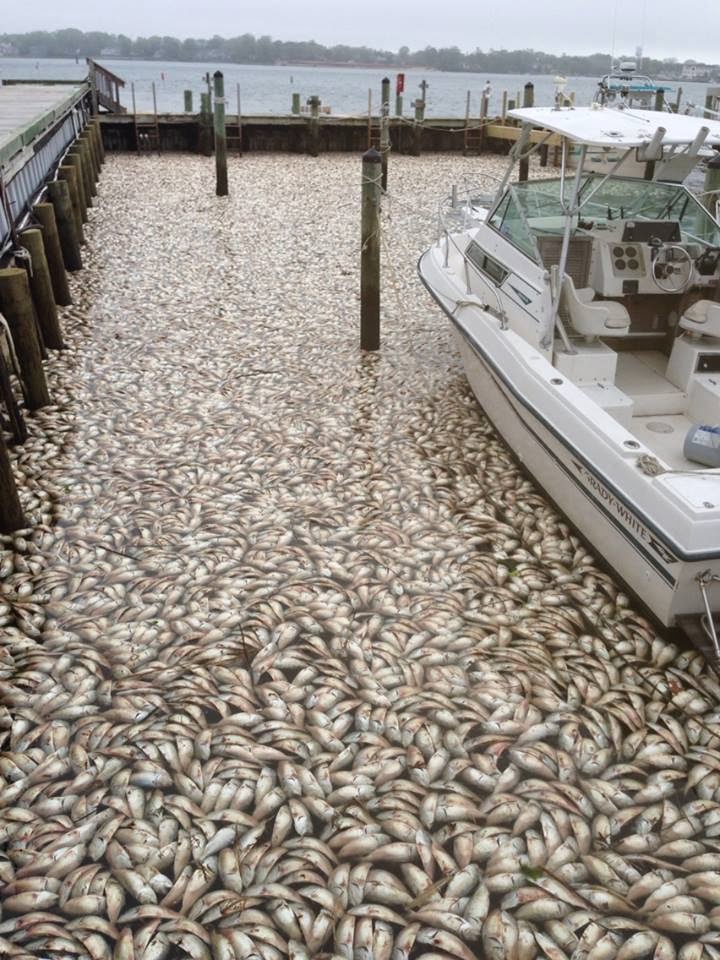 Posted by The Average Angler at 6:54 AM