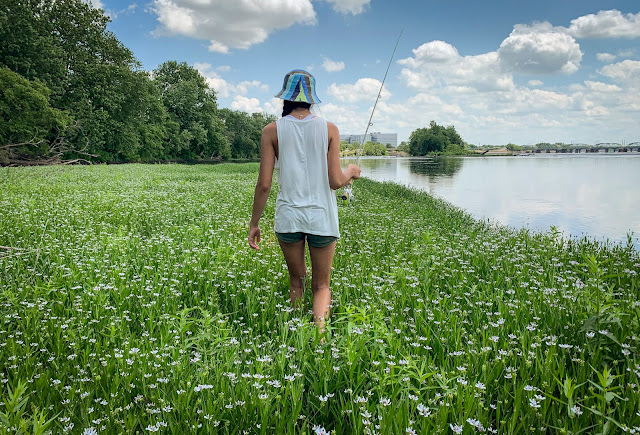 I thought my fishing day was over after a long, long night but just after noon Erin asked if we could go. Nothing hardcore, nothing annoying, just a rod and some fish that you can see and catch. We headed to the Delaware where I haven't been after putting in some serious time this spring. Water was down, refreshing to wade in, crystal clear, and fun to fish. 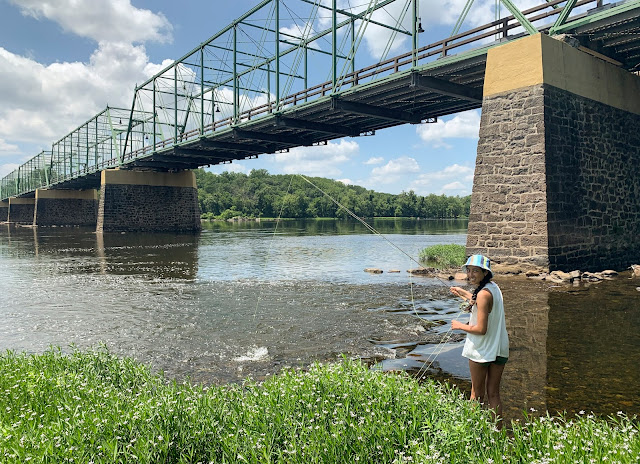 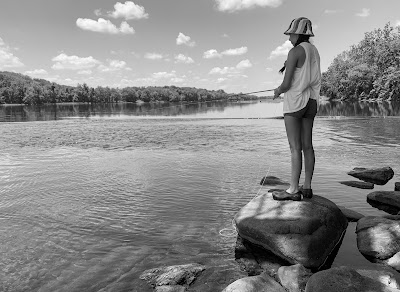 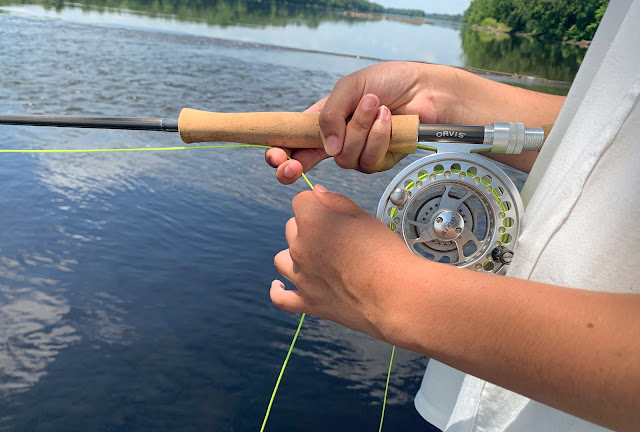 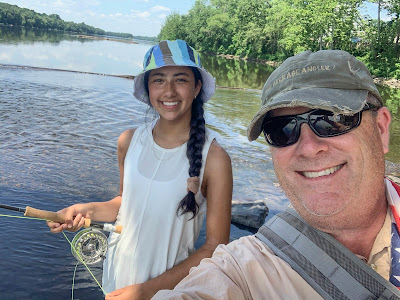 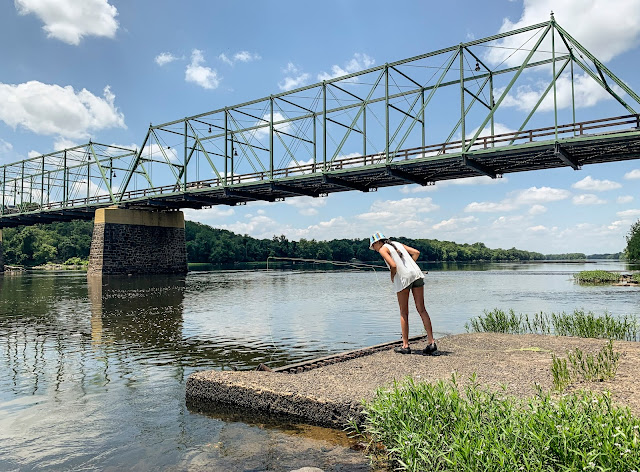 Erin was able to find a carp and a smallmouth bass which she had fun casting to, or placing the fly near, the fish. It didn't last long, didn't have to, it was mission accomplished, time between father and daughter on the river enjoying time together away from the harsh reality of times today. 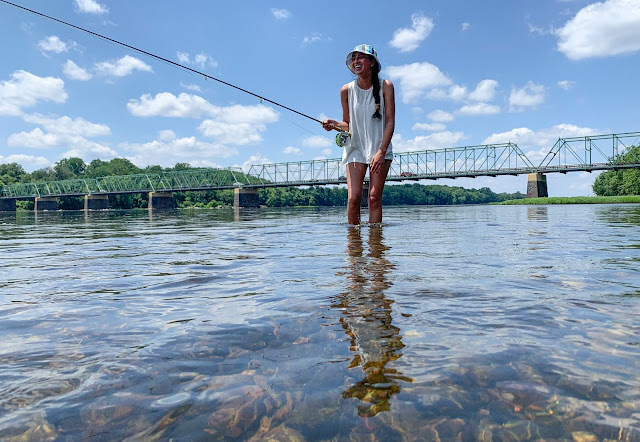 In other fishing news from the day. Had two guys bite on a walk and wade trip and then spit the bit when it was time to confirm. So I headed out before another scheduled trip on Wednesday. Why scout? Because the beach conditions have changed drastically since I got back from Martha's Vineyard. It was blowing N/NE and it carved the beach up nice. Since then it has been S and SW and now W but effects on the beach are evident. Cooler temps, keeping the fluke away, and filling in of all that good structure that Mother Nature carved out. 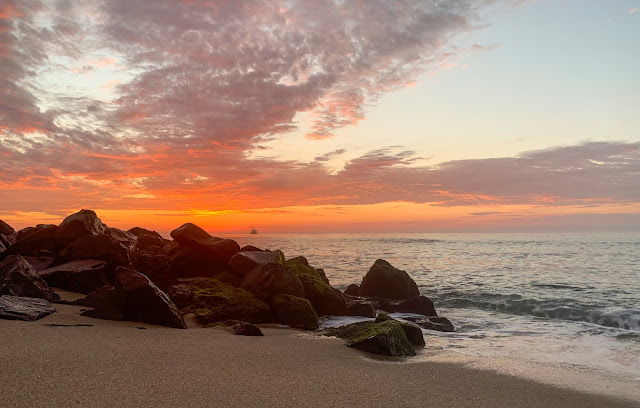 I left my house before 130 am and was making my first at 230. Took about a half an hour before I landed my first bass, didn't measure or grab a pic because this was going to be a GOOD night. I dropped a big fluke, that I had eyes on, on the next groin and then went on a multi-hour skunk before 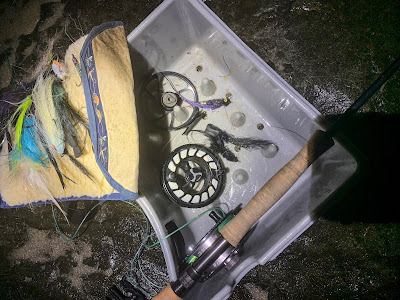 switching over reels to my intermediate line and throwing a popper/dropper. Had a few jump the popper, then lost one on a bad knot on the popper, and then lost another on a bad know on the dropper. So I switched to a black Half and Half and Snake Fly but by then it was getting light. One thing I can say is, outside of the obvious honey holes where water remained, I couldn't find a groove to get into as far as a rip or fishy water that wasn't near a groin or an outflow pipe. The water came in and up, from right to left, and exited in the same fashion.  I finished up with the AMC going down the beach with one grab and go, felt like a fluke. I finished up around 7 am as the water was just about gone. I should have done better, but I think it was on me this time.

Spoil alert- If you look at the sunrise pic you can see vessel on the horizon, more on that tomorrow!

Posted by The Average Angler at 6:23 PM