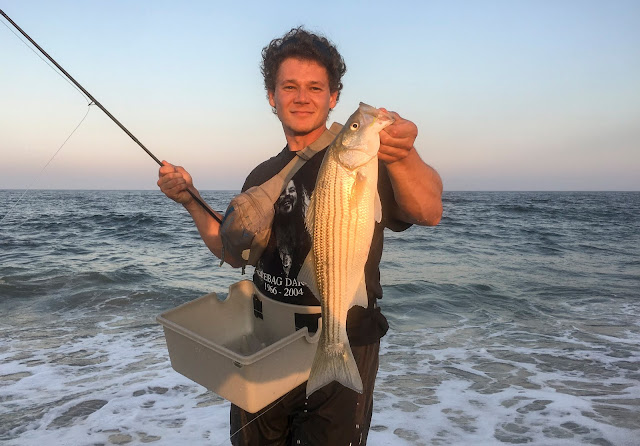 Since coming back from the Vineyard I've been able to hit the beach a few times. Small bass, a few short fluke, and a sundial. That was after and during a S wind that wouldn't let up. It cooled the water down a bit but that should keep the bass happy. Not when the water gets cold, but just above that 60 degree mark. 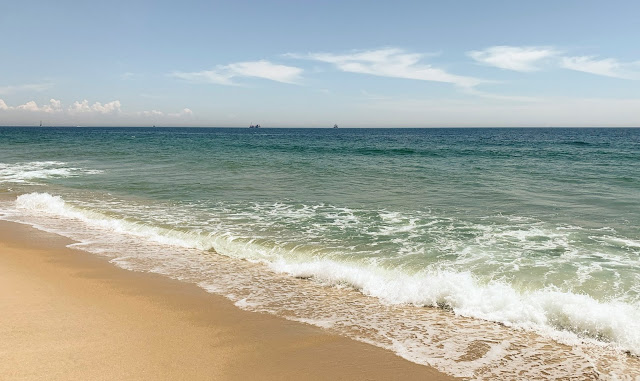 Was out midday Monday and water the beach scrap on the incoming tide. Saw about a dozen bass but the S wind and the sweep made it hard to present a crab fly the way I wanted. Had a few follows but no refusal as none would commit. With last weeks NE-E wind a good trough was cut out, but the S winds and the current blowing S to N will fill that in fast. Early morning low tides don't help when you're looking for fish that are patrolling the flats and the troughs. Living an hour and 15 minutes away takes me out of the "quick one hour check on things trips". If I'm driving I'm fishing. Lucky for Leif, and above his son Leif, they are able to do just that and the younger has done well as of late. A quick check online and I see the usual mole crab, sand flea, bug soakers are catching as well, with fish up to keeper size, but most in that 20-24 inch range. every now and then, a good fish like I caught Sunday, are a pleasant surprise. 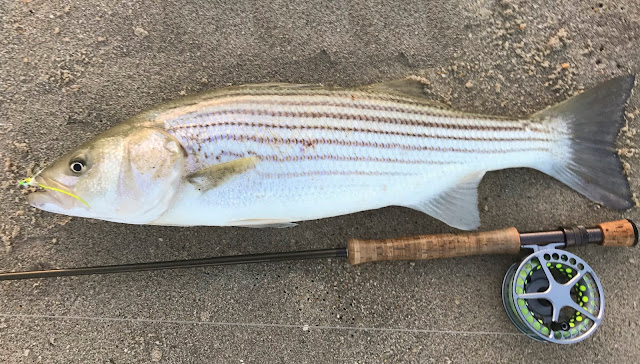 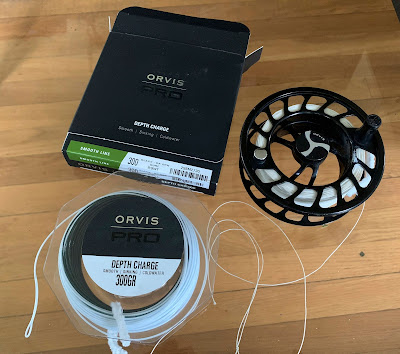 I had been using a Depth Charge line (300gr) that was shortened after being hung up on the rocks but it never had the oomph that a full 30' sinking line had. The 350 might be too much, depending on the water and sweep, and I find the 300 gr perfect. I tied up some bait for my next outing after the tides evolve over the next week. Early morning poppers during the summer are always fun, and crab flies you can't beat because the fluke love them as well. 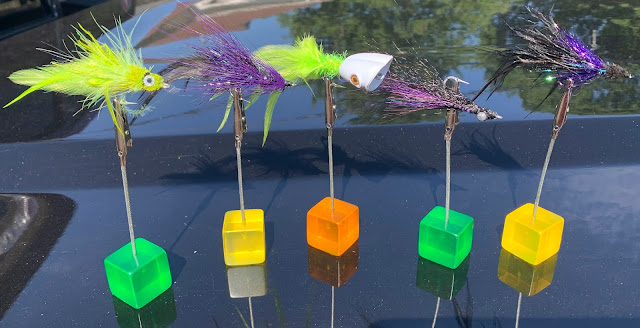