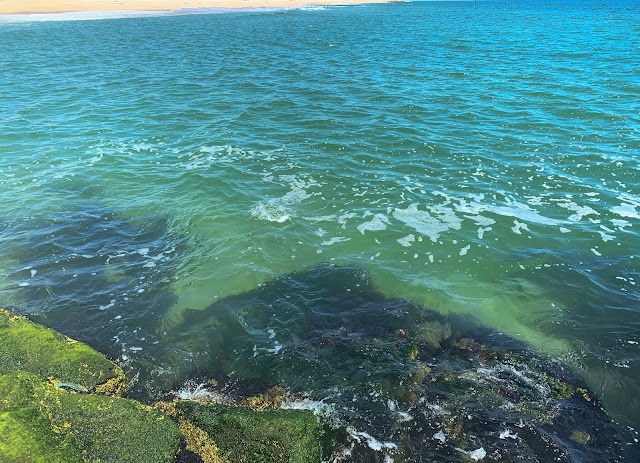 Had a drop-off in Red Bank so I hit the beach mid-morning. Gt there just before dead high and fished the outgoing. Had a AMC tied on and my goal was to sight fish only. The sun was high and bright and water gin clear. Soon I spotted a nice big bass that was running solo in the trough. Was able to follow up and down the beach and get six casts off without a look. It was frustrating.

Walked up and down the beach about 4 miles, mostly back and forth with the sun on the flat, and spotted a duo from the rocks that I didn't have a shot at. Just before leaving I had another solo fish on the look but didn't have a shot as it was going away from me. No sign of bait or birds, but a nice day and a good primer for the Vineyard. Heading up Saturday and from what I gather it'll be open for business, hopefully open for a couple from Jersey. 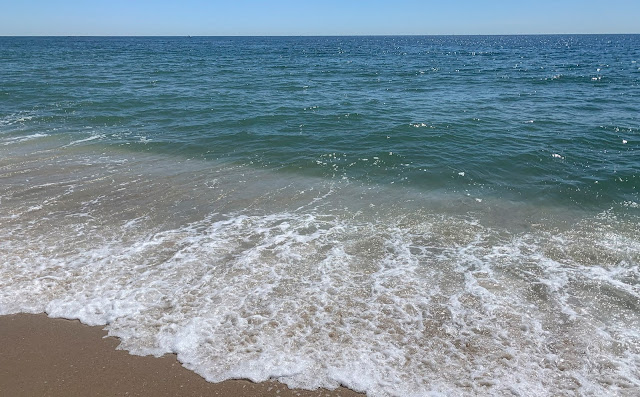 Since I'm getting sick and tired of estimating a fines length, I broke out the electrical tape. 18" for the fluke, 28" for the bass, and for fun 34". It's that time of year to catch some good fish 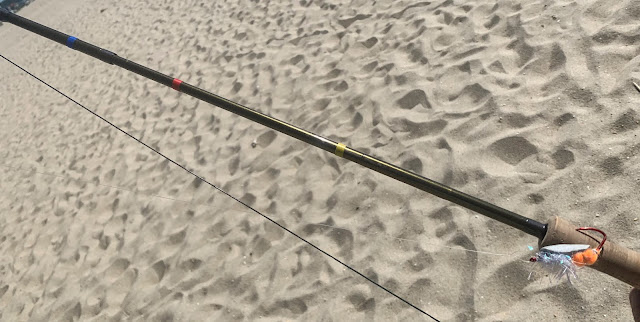 Posted by The Average Angler at 8:59 PM