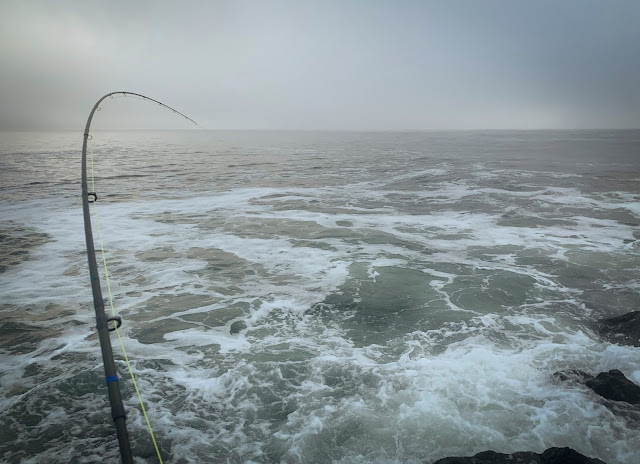 I generally try to fish the morning after getting back from the Vineyard. Last year it was a keeper, this year I thought it was a monster. Planned on leaving Titusville at 3 am, but must have hit the snooze so I didnt leave till 415. That put me on the beach at 530 am. Incoming tide, no wind, water was clean and green. I started quickly with a popper/dropper set up and after 15 minutes I knew today wasn't going to be the day. I passed Leif and headed south to a longer groin and after switching to a Half and Half and something fishy looking I was hit hard. The fish went down and stayed. It shook its head. This was my 30 pounder.

I was in my backing and then made good headway. It was running deep along the rocks and I just couldn't wait to see the stripes come out of the water,...until I saw the yellow eye. Gotcha. It was about a 10 pound bluefish. I tried to get it up far enough on the rocks to grab but, you know bluefish, bite, down, later. Just as well. Fight was fun and it swam away without being touched. 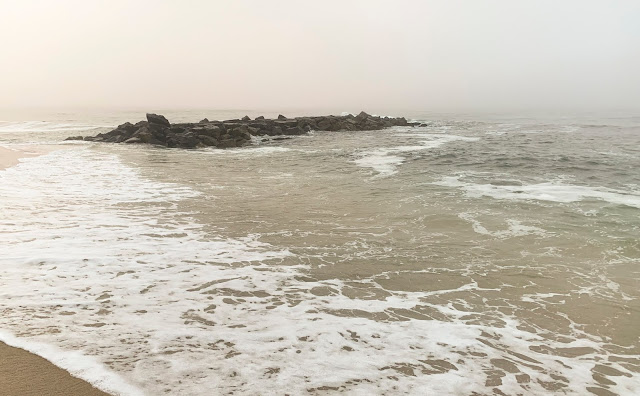 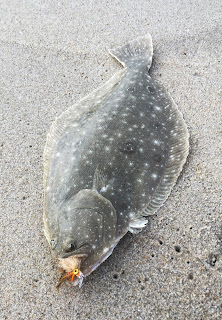 For the morning I had a little bass on in the pocket and a small fluke I saw hit my fly in the wash. So, while none to hand, I had the Jersey early summer trifecta, bass, fluke, bluefish. Leif got a keeper fluke on a crab fly, which was difficult to swim on the high tide or start of the ebb. Leif finally took a decent picture of me while on the rocks so I'll send out a thank you to him. Thinking I'm done for a while...that drive sucks. 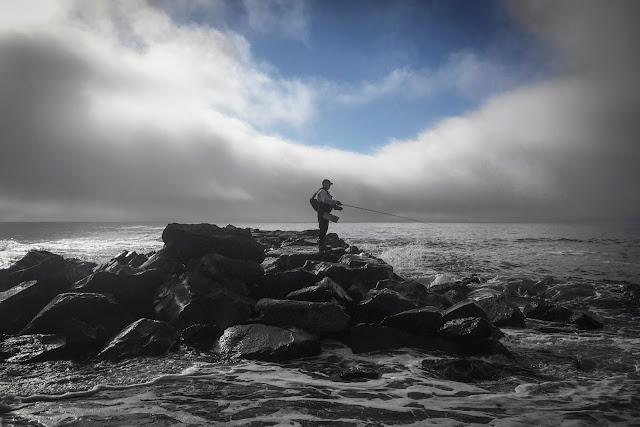 And just to wrap up the last morning on the Vineyard, Day 7. Woke up, fog, no wind. The fog would eventually burn away leaving PERFECT conditions for sight fishing, if you pick the right flat to walk. We decided to jump off the island early and caught the 1030 ferry rather than the 130. We 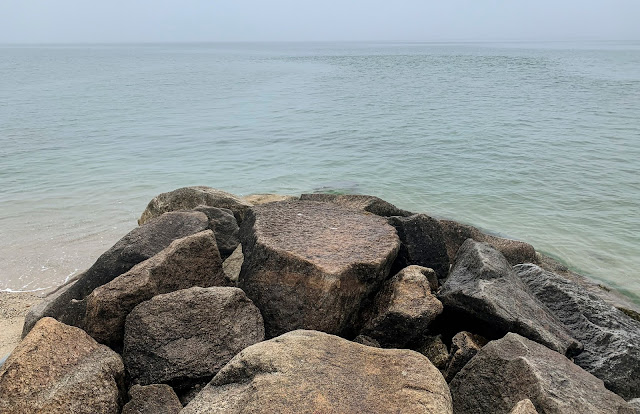 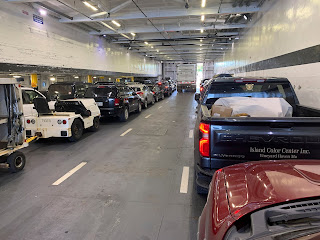 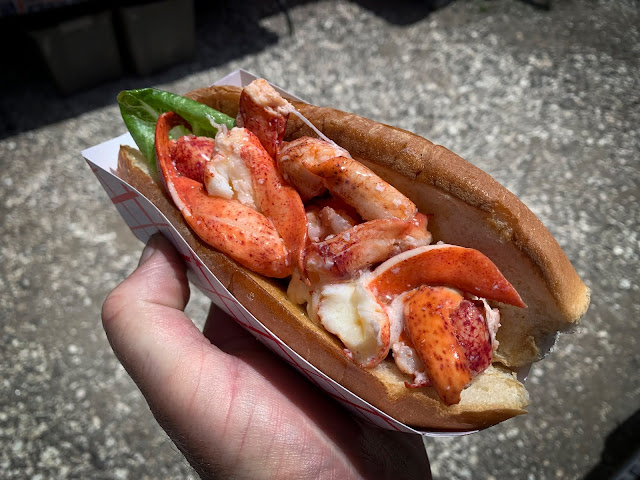 stopped for a lobster roll in Falmouth and then hit the Cape Cod Canal, AKA "The Ditch". I was hoping to find a squid massacre like I saw on video footage captured by Mike Laptew last year this week. It was nice to walk the bike path and watch as guys cast 1/4 mile into the middle and jig the pink Sluggo's? all the way back in- looks more tiring then fly fishing.

Trip rating- It was what it was. Had fun with the wife. Caught a few fish, one keeper. Not much for sight fishing. Not many fish around. If you have fly rids with you, its a fishing trip. Next year? Not sure, I have some thoughts though........ 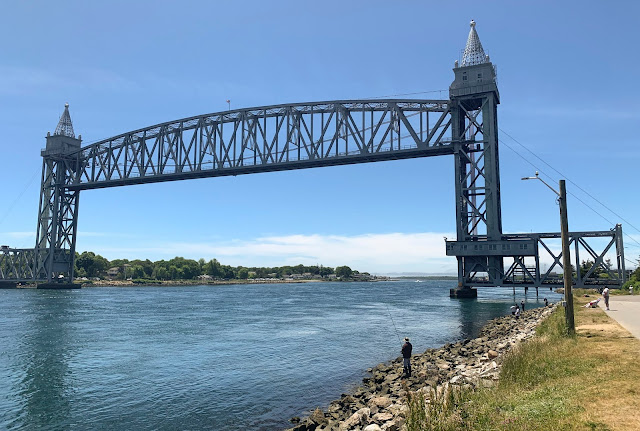 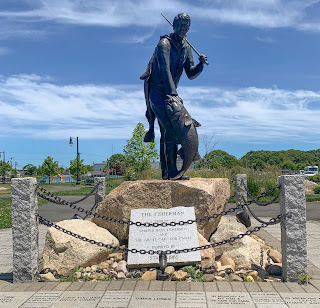 Posted by The Average Angler at 9:34 PM