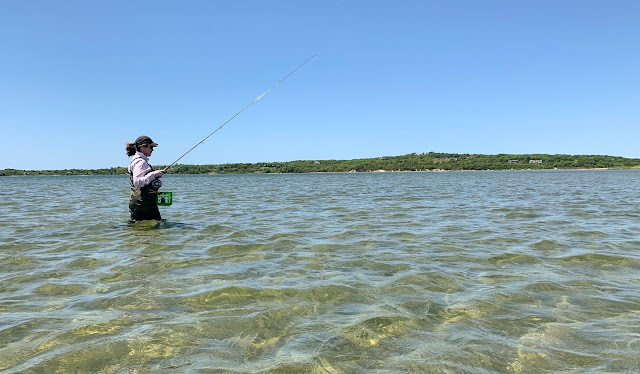 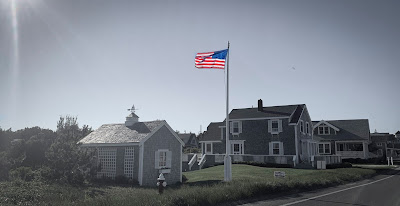 Martha's Vineyard Day 2. When I came up with Bob, Steve, Dick, Gerry and Joe I felt like I was hardly ever in the room. Unless it was gale force winds and raining I would find someplace to fish, or at least try to. As many times as I say its not a fishing trip.....if I have a fly rod and there's striped bass around its a fishing trip. I stopped by Coops and his help said that there's mostly schoolies around in good numbers with bluefish circling the island. It cost me two flies and $10 bucks for that report, which I had to practically drag out of the guy.

So I figured we'd head back where I saw them yesterday and found one that bit. Its a long drive from Oak Bluffs to Aquinnah but I didn't mind because this was the last time I was doing it on this trip, I think. We were on the water about 11 with a rising tide. Sun up, wind strong but at our backs. 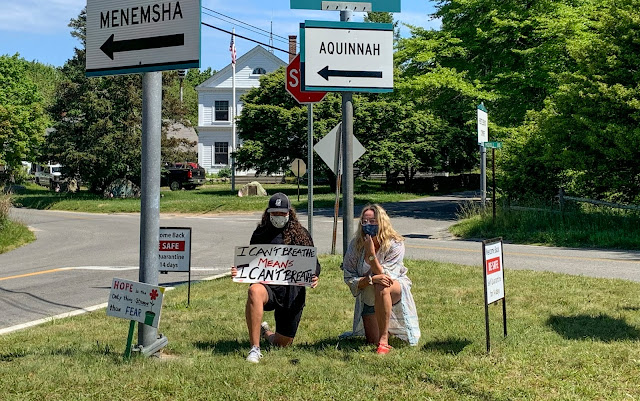 But first. A lot going on across our country. I always seem to mention big events here on the blog. Never get political because I don't care to debate or be judged for my beliefs, or hear you debate or defend yours. Its a free country believe what you want, vote how you want, live how you want, hopefully that is happy and healthy. So I drove up island I came to a triangle interaction known as Beetlebug Corner in Chilmark, outside of Menemsha. It's about 1030 on Sunday with most of the island vacant or asleep. But I found these two just kneeling and holding a sign reading "I cant breathe means I cant breathe". There was no one around. Really no one to join them, or oppose them. No media to cover them. I found this image powerful, like "Integrity is doing the right thing, even when no one is watching"- CS Lewis. 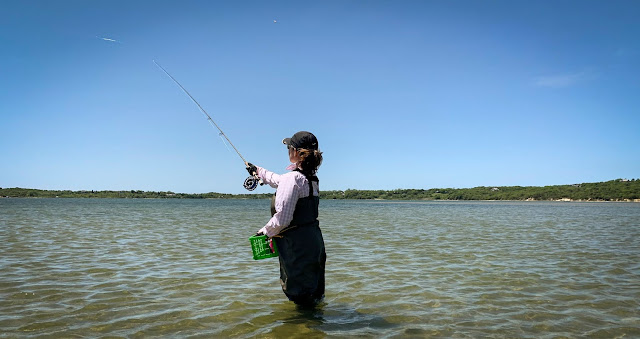 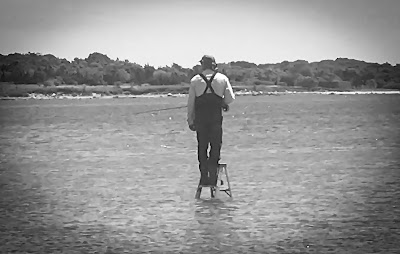 The weather hasn't been bad, at least the sun is out, but the 15-20 mph NE winds make it hard to see in the water, even from the ladder. Today we saw about 8 fish, one we had a shot at. I parked at Lobsterville and biked over to the pond to avoid getting a ticket since its resident only parking. I was a little disappointed since we got there earlier then yesterday and a little earlier on the tide. I was done with the pond and this side of the island until next year...... 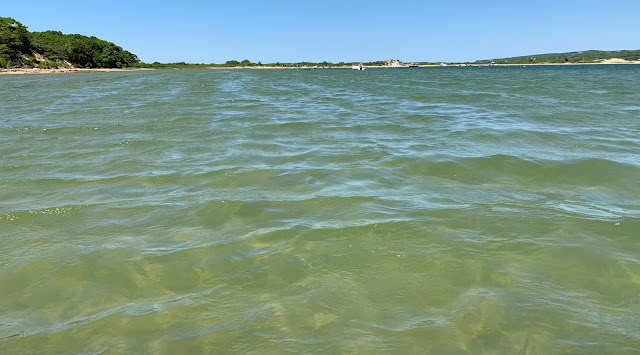 We decided to hit Menemsha Harbor for late lunch early dinner. Some one placed a facemark over The Swordfish Harpooner statue located on the dune there. Also we found a sign stating that arriaivang travelers self-quarantine for 14-days, this a recommendation from the State of Massachusetts, which is unable to be enforced. We had lobster and a fish sandwich and some lobster 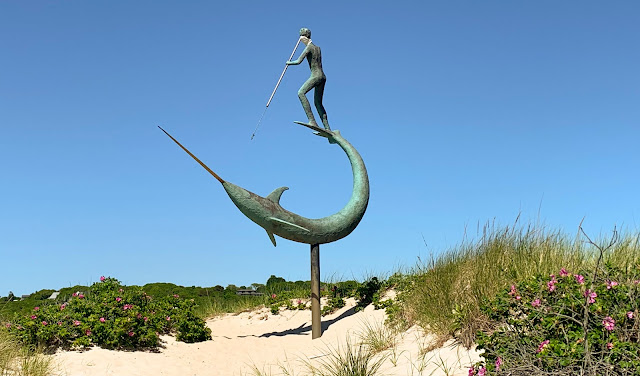 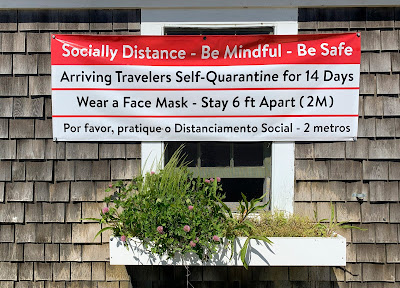 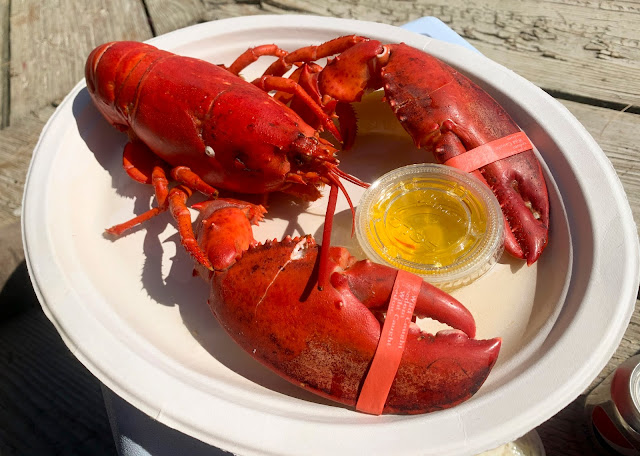 bisque from The Menemsha Fish Market and sat blocked from the wind down on the docks. It was there I saw my fist bait in the last two days, clouds of small sand eels swimming along unbothered by anything bigger then each other. We took a nice ride back to Edgartown and had some ice cream before settling in at the inn. Wind was honking and it wasn't a good night to going fishing........ 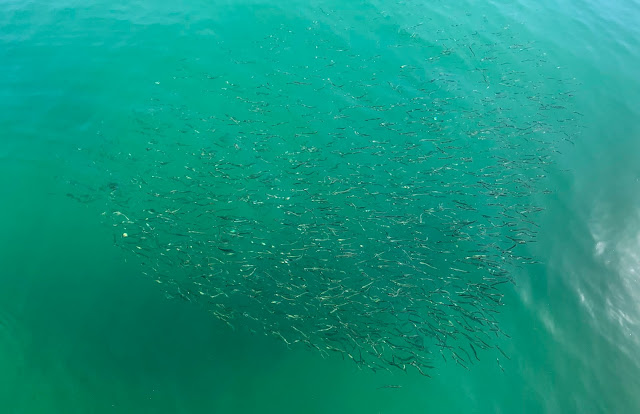 .....so around 630 I heading solo back across the island to a few spots that I have thoroughly enjoyed. I bargained that "this would be my only night fishing" on this trip, so here I come. First spot, well first it was too early, first spot wind dead in your face an not a touch in 50 casts with two fly changes. 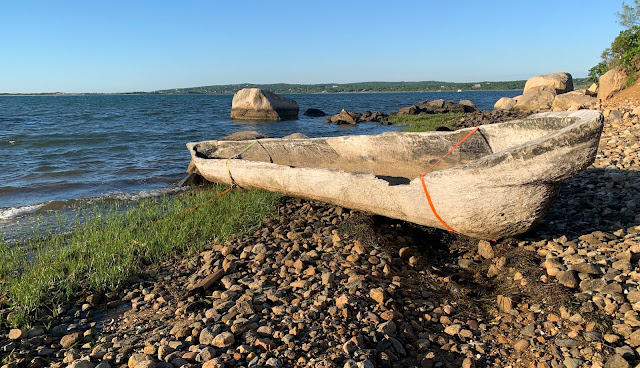 My second go to outgoing tide spot looked so pitiful when I got there I made one cast and left. Was there a way I could salvage the night and go another......I texted Theresa, no answer. I'm dead in the water. So as I made my way back through Edgartown and along Beach Road I saw her riding back to the inn. I pulled into a parking lot and exchanged some pleasantries before she said "You can fish here", I said 'Good idea I'll only be a half and hour". I started with something big and got no 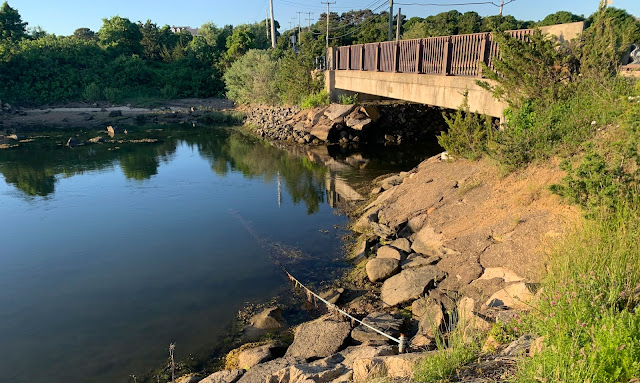 love. I then went to a hopper/dropper set up of a bigger sand eel fly and the tiniest salt-water fly I've ever used. Don't you know in a short time the place was popping on the end of the incoming and I was releasing my sixth fish before calling it quits. I may have saved myself because it wasn't the long night shift she was used to me doing here like I did last year. Rest of the trip, down island? 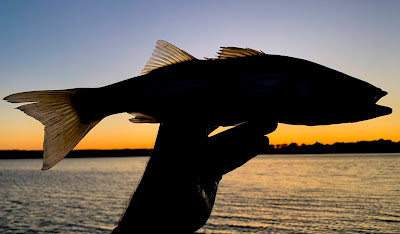 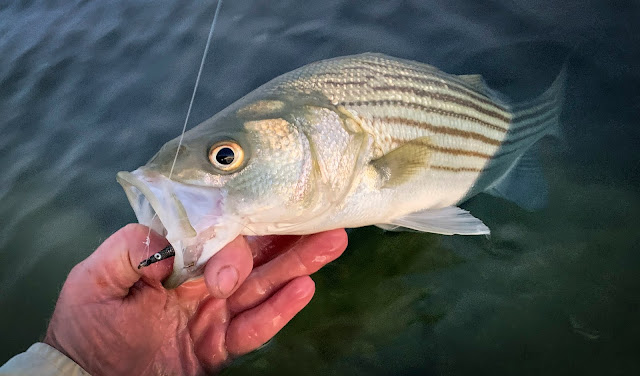 Posted by The Average Angler at 9:34 AM