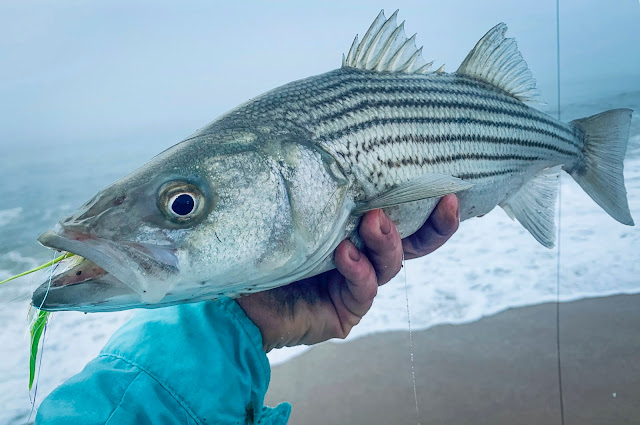 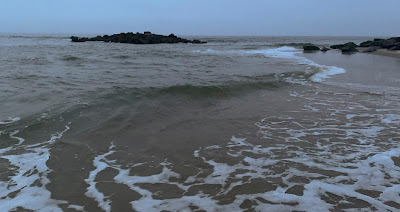 Up at 230 am and on the beach at 4 am. Not much water about an hour in to the flood tide. Started with a popper and after an hour realized the barb was broken off, maybe from bouncing off the rocks on the backcast. Then I switched to a black and purple Deciever that didn't get any interest. 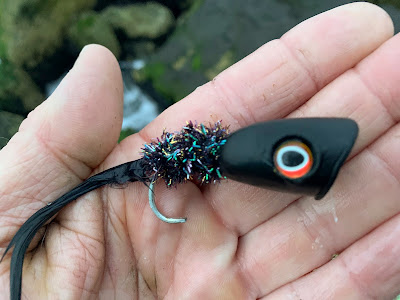 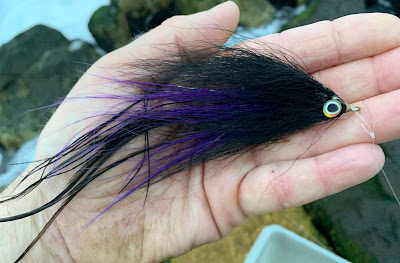 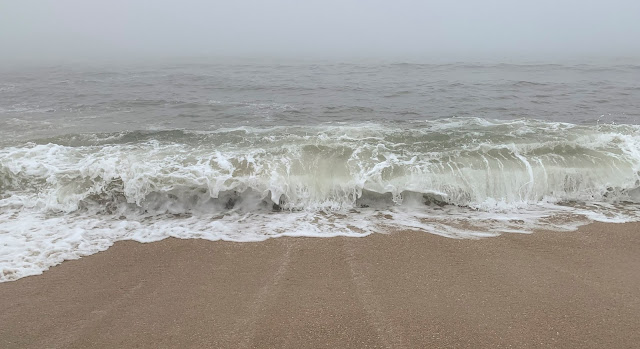 As the water pushed it I made a move and was later joined by Leif. As usual we split up n went our separate ways. Before we did he supplied me with some bait, not an UAF, but a chartreuse and white Half and Half which worked well. It was pea soup fog out there and at one point I heard a boat approaching, then voices yelling after they saw my bright shirt and standing on the beach, and then the push of waves from their wake as make a quick sharp right turn before beaching it. You have to be careful when you can't see and are driving a boat, that's how people get hurt. After that I caught three nice fish before making a move to find Joe who was on another beat. I jumped up on the rock and found four more fish, these a class sized smaller but 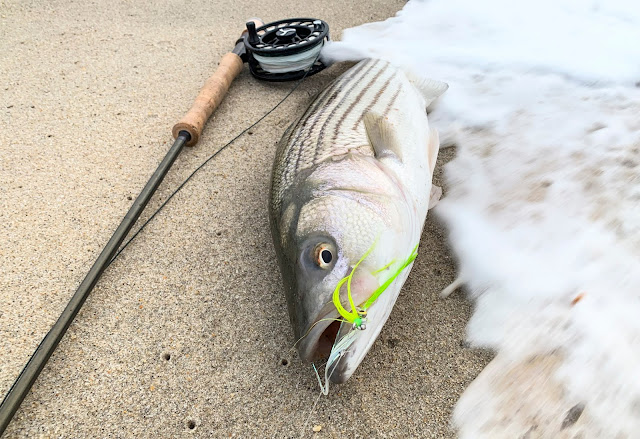 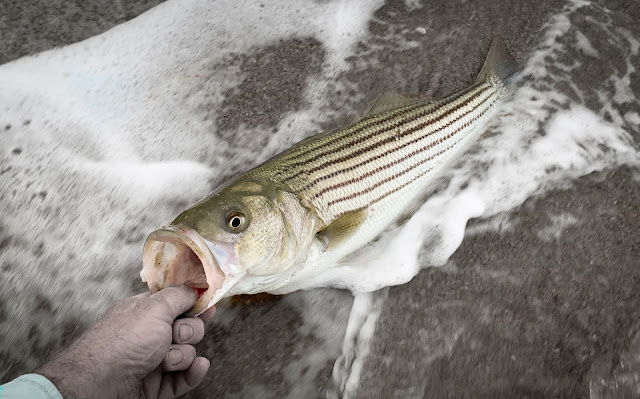 fun nonetheless. It was nice to get out with some fish around and catch more than a one and done fish for the outing. 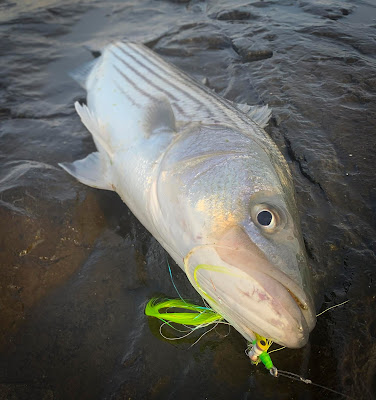 Posted by The Average Angler at 10:18 PM