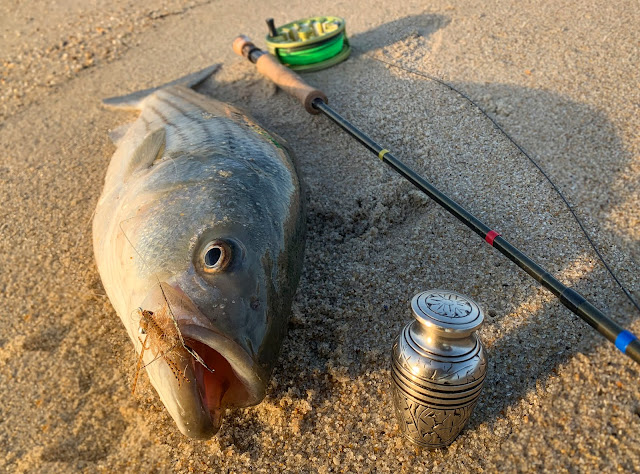 Just before I closed my truck door at 4am and headed down the path to the beach I reached into my console and grabbed Ryan's ashes. This morning he would fish with me, and I think he brought a little luck. The surf was quiet and relatively flat on the incoming tide. I started with a popper/dropper and had one fish jump the popper and caught a little guy as I raised the fly duo out of the wash.

I switched over to a crab fly hoping something was rooting around. The mole crabs were biting their way into the beach scarp as whatever wave action hit the beach dislodged them from the sand. Light was coming and I was getting worried that it wasn't going to happen. I jumped in my truck and checked out a dead end road which led to the beach access. Cars were lined up and down, but a better look show moisture on all of their windows so I pulled in. We would have this beach to ourselves.

I fished off the groin without a touch and both sides without any interest. As I made my way up the beach I contemplated changing to a Clouser with something small hanging off the back. But as I made my way to a point, which can be seen at the left side of the above image, a violent take happened and soon I was into my backing with a fish that took off, and way out. It was a fine fish, coming in on the tape just below 30 inches. 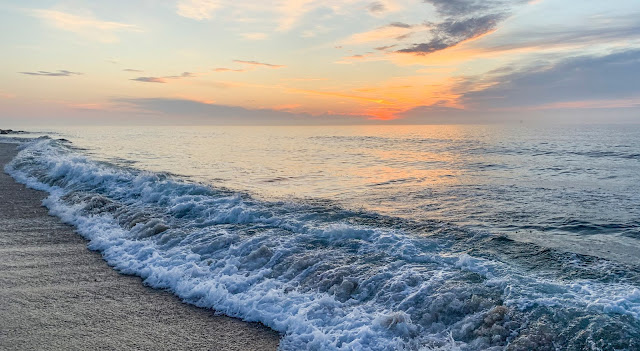 And with that my Father's Day morning was made. I got to spend some time with my son Ryan in my mind, and with him in my left breast pocket, close to my heart. I usually fish "Ryan's Rock" on Phillips, but there were a couple of guys plugging off the front, so this morning this beach would suffice just fine.

Quickly the pea soup fog rolled in and I made my way down the beach. I didn't need to catch anything else, my mission was accomplished. The water was flat anyway and there wasn't good movement, I shouldn't have caught that fish with lazy conditions like this. As I drove home I still thought of Ryan, and missing him this, and every Father's Day since his death. Today I will get to spend it with some of my other children, biological, adopted, or step, they are all special and I am blessed to call them my children. I will also get to spend it with my Dad and my brother. Some of you won't have that special Dad, Grandfather, or child to spend this day with, hold the good times and them in head and heart, it can be okay, and even bring a smile to your face. 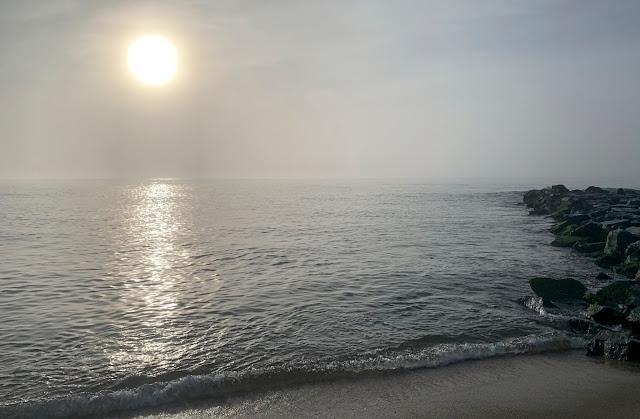 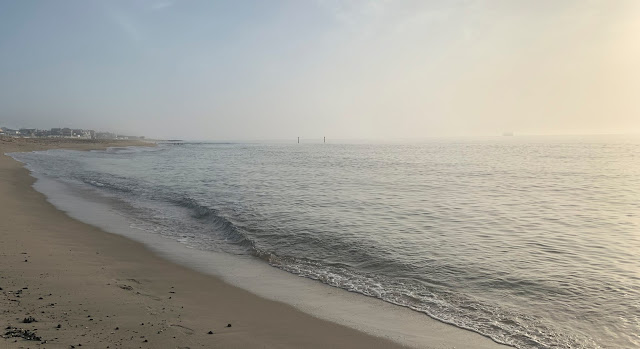 The south winds as of late may have cooled down the water temps a bit. I brought a cooler with me because I thought it would be a keeper fluke kind of day, but besides this 16 incher the only other flatfish was a small sundial. Dads enjoy your day today, you deserve it. 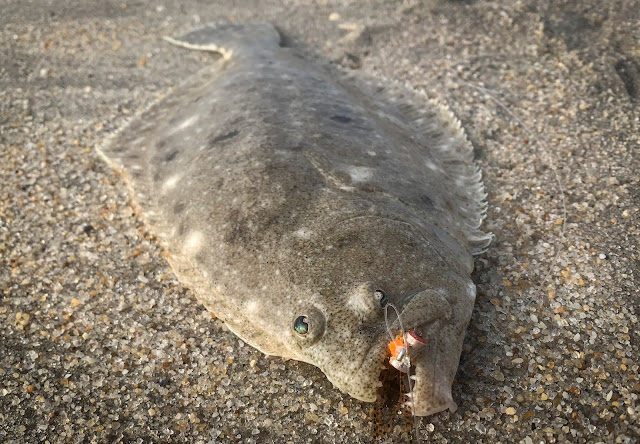 Posted by The Average Angler at 9:01 AM