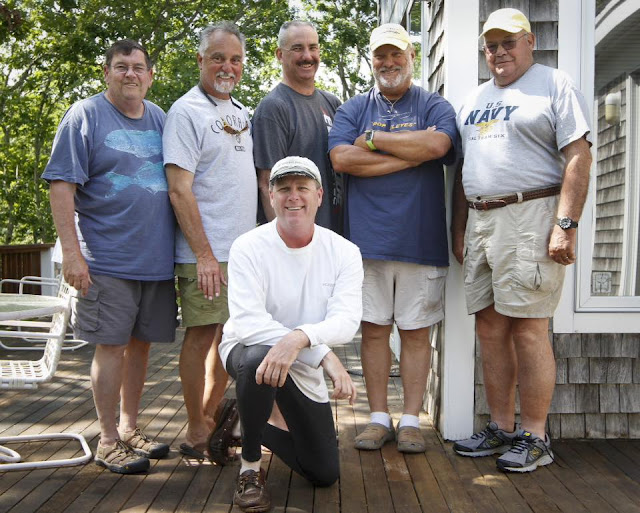 This is probably the best picture of the guys from the Marthas Vineyard trips. It was 2015 and we had a great house but it was located near the airport which is really no where the striped bass were. It was mid way between Menemsha and Edgartown, sort of. 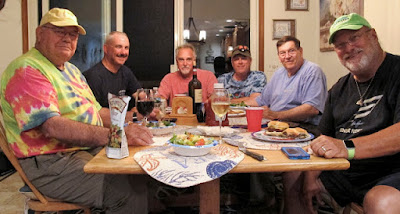 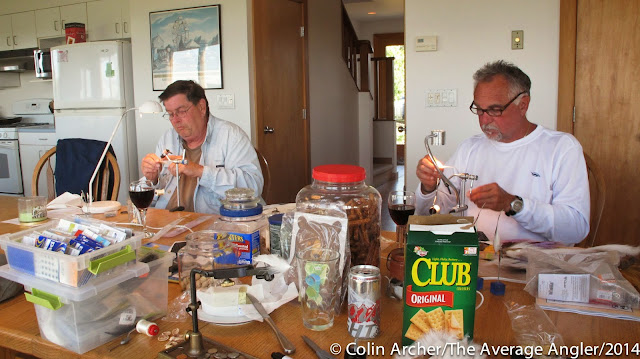 It was with these guys that I caught my first taste of the Vineyard and sight fishing for striped bass. While it was a fishing trip, it was more than that to me. These are some of the nicest, funniest, and fishiest (at various times of their lives) guys I know. Thanks to Joe the trips were well panned, affordable, and with just about every need you can have met. Steve, Bob and Gerry would keep us in flies and Dick was always good to sit and eat and have a beer with. 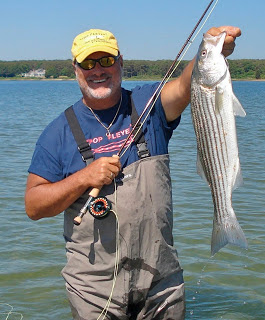 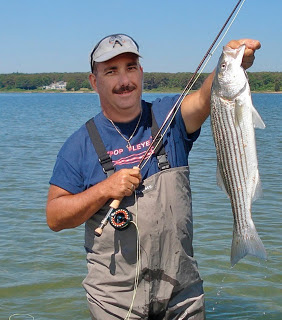 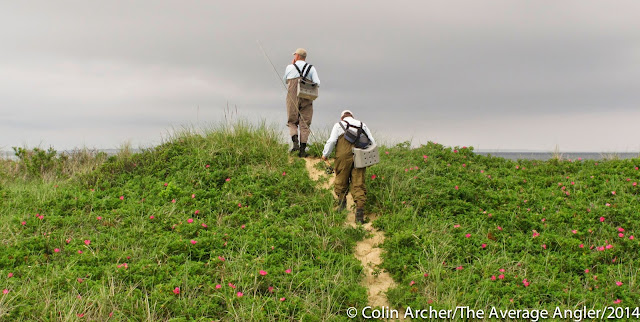 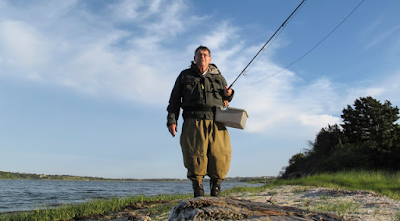 There have been few good stories over the years, Joe backing into the tree at Tashmoo, Joe and Bob nearly drowning in 2 feet of muck, the truck breakdowns, last years pic of the back of someones head sitting at the table, but my favorite was this......

Bob is a fly tying master. He ties them and then studies them. He caresses them. He puts them down and then picks them back up and caresses them more. So one morning his flies were out and he was the last to get out of the bunk. I took various shades of Bucktail and carefully inserted them into one of his Hollow or Semper Fleyes. He lumbers out, sits down and picks up the fly. As his hand strokes the fly the materials come out to his shock....it lasted a good few seconds, as if his fly had failed or something, but then he knew the gig was up as we all busted out laughing.

Each year I try to make the trip as good as those early ones, I might have to stop doing that. 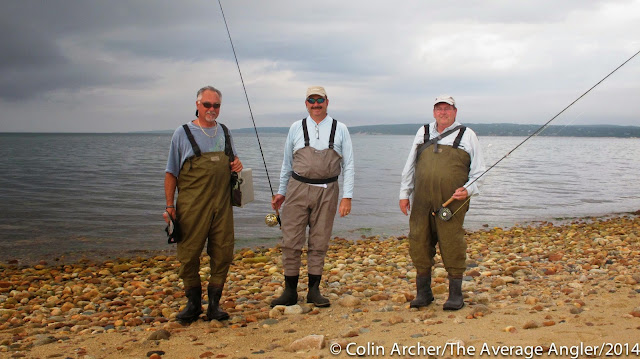