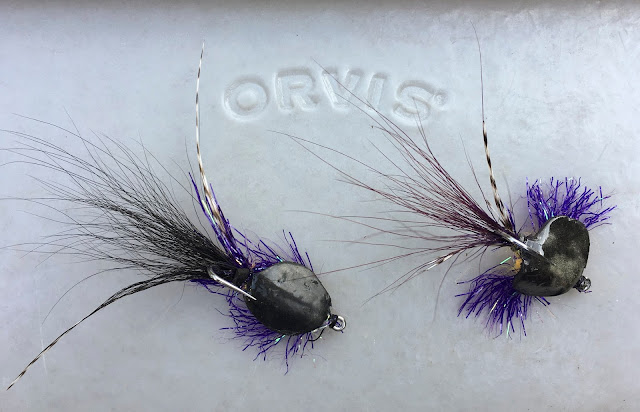 After two days of the start of summer doing yard work and hanging with the girls I knew I needed to get to the beach. We were having our first BBQ with the neighbors over in the evening and then going to a charity golf outing at 6 am tomorrow. My thinking was heading down to the beach at 8 fishing from 930-1230 and getting home at 130 am. I asked the wife for her blessing and she gave me the "Really?" look but didn't say no.

Sometimes the neutral answer is worse then a no. A no is a no and you can either comply with it or be defiant and go and hope you catch fish in order to lessen the pain from the wrath you're going to get upon returning. So with that I started down Route 29 heading to the beach. Today me and the girls biked to New Hope in the 90 degree heat which had me feeling tired. I started to think about the neutral pass from Theresa. I stated to think where my gas gauge would be when I got home. I started to think about getting home at 230 am after catching two more fish in the 20-26 inch range. Womp womp womp.....

Leif gave me his evening report and sent a pic of "our", the fly fishing gangs, first keeper from the beach of the year. It has been a long time coming. 29 inches that took an Ugly Ass Fly, probably scared it more to strike then actually trying to eat it. But hey, that fly works......a lot.

So I paused at Trenton and headed across the river disappointed I wasn't going to be smelling the salt air and walking on the sand.  The river looked nice but I wasn't feeling it. Bait fisherman soaking worms. Kids drinking beer. Guys having a photo shoot beneath the "Trenton Makes" bridge with 40's in their hands and blunts between their lips. I headed down to "The Pipe" and got eaten alive in the 20 minutes I was there. Basically it just sucked. These are the times where I miss the beach. Even from Red Bank 15 minutes to the beach for a quick outing. 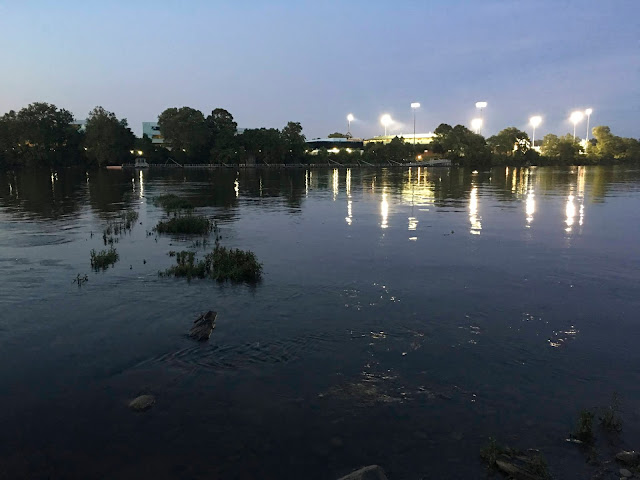 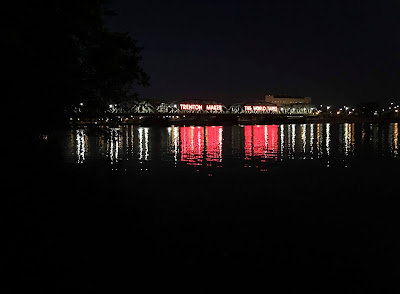 Posted by The Average Angler at 6:05 AM