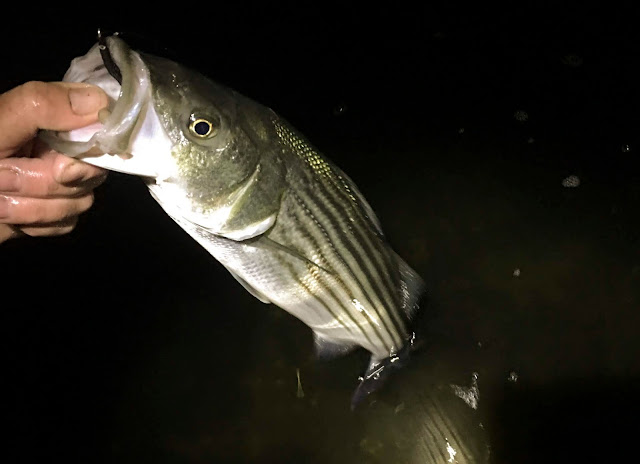 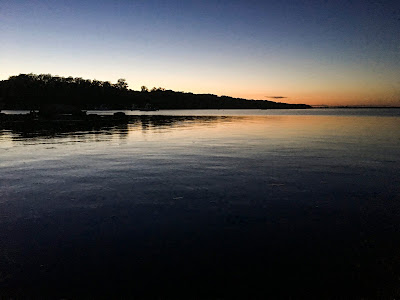 Well after the last supper Friday night I couldn't help it and I excused myself and heading out. It was about 730 and there was about an hour left of sunlight then the near full moon kept light around. I went where the green empties into the pond and just watched and waited and made a few half-hearted casts without a tap. Dave had told me of another spot where one pond empties into another and I gave it a shot.

As soon as I open the door I could hear the slurps and see the splashes as the water poured from one body of water into another. It was great, but not easy due to the access, fishing to rising fish. Fish were, as we have found all week, from 16-24 inches. I stayed round looking to see if a bigger fish was in the mix and it wasn't, or at least I couldn't catch it. I was using a tandem fly set-up of tiny 1-1/2 to 2 inch black sand eels. It was a great way to end the trip. 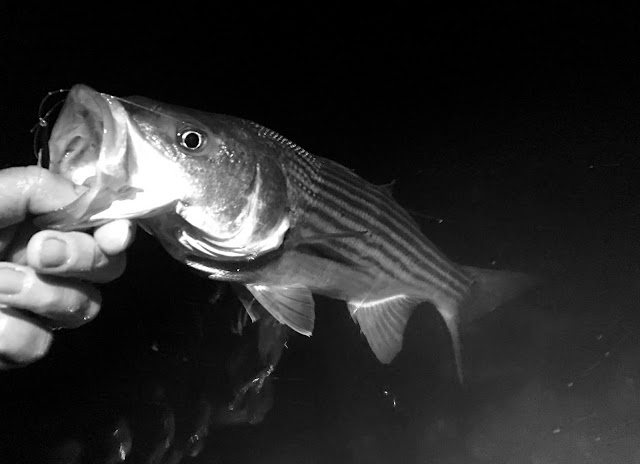 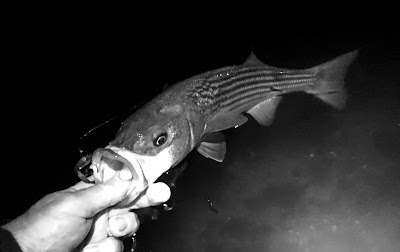 As I stuffed my gear into the already packed truck I started to realize some things. One, even if you call a not-a-fishing-trip and you go with your fishing buddies and bring fly rods and flies.....its a fishing trip. If you arrive on the island and by-pass food and Coops and dump your stuff at the rental house and are walking the flats within an hour.....its a fishing trip. Things I surmised. My wife is great, and a trooper, letting me go and fish and remind me to go when I started to twitch and get restless. Sun and no wind are great for sight fishing....but, the fish have to be there. There are tons of small fish on the Vineyard. Over the last seven years I have been going it's, on the better years, a one keeper trip for me. Most of the small fish average out to 20-22 inches. And, its the first time I realized there's not much to do on the island if not for fishing other than eating and drinking, which isn't always bad. Lobsterville and Dogfish continue to disappoint. Spin guys usually catch bigger and more fish. Going away with friends is fun. Meeting new ones is fun also. Sinking lines do have their place. Bread, loaves of it, with butter and honey are addicting. Steve's hot dogs and bacon are delicious. Trying to figure out what direction the winds are blowing is always confusing on the island.  And sadly, this may be the last year of the annual trip.

Interestingly a guy I know went for his annual trip to Block Island the same week and his crew of nine caught over 300 stripers that were averaged much bigger than the Vineyard fish we had. That might mean a Block trip next year or a stay for the two of us on Chappy, which is just a 500 foot ferry ride over to Edgartown which has more of a nightlife and things to see during the down times. 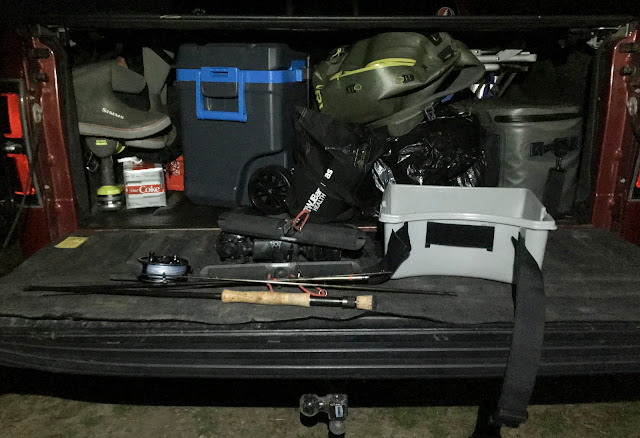 So we were up at 445 am and caught the 630 ferry out of Vineyard Haven. We arrived at Steve's house around 230. It was another great week. I enjoyed the additions of Dave, Rich and Cathy but missed Dick, Joe and Bob. All good things must come an end. Back to the Jersey suds tomorrow. Funny thing is I usually catch a keeper or near keeper my first day back so we''ll see whats in store Father's Day morning. 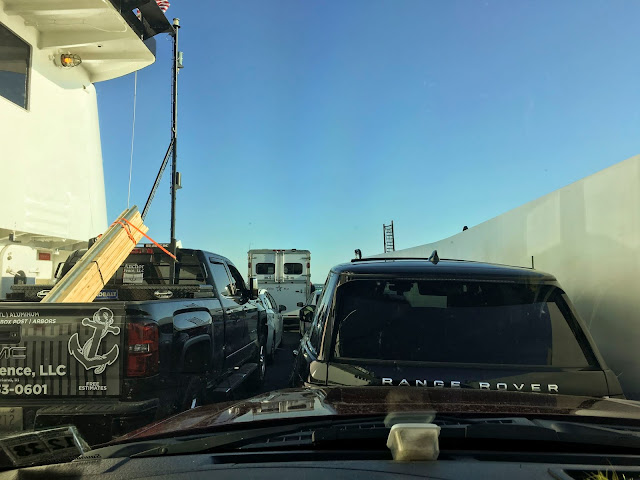 Posted by The Average Angler at 9:31 PM