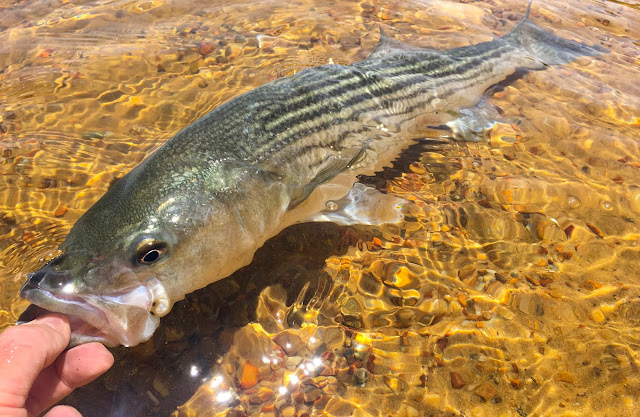 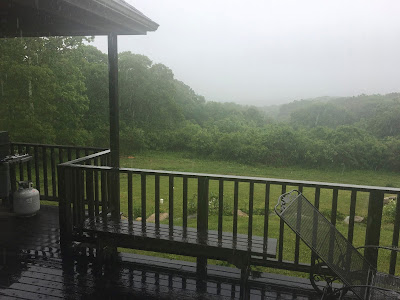 Tuesday started out with rain and SE wind. I gave it a go in the back of the pond and when I got there fish were boiling and splashing on sand eels. I took a breath, took a step, and then began a 20 foot slip and slide until the only thing above the water was my head. Funny thing is it was only three feet of water. In the end I got a tug on a black and purple Deceiver before calling it a morning. 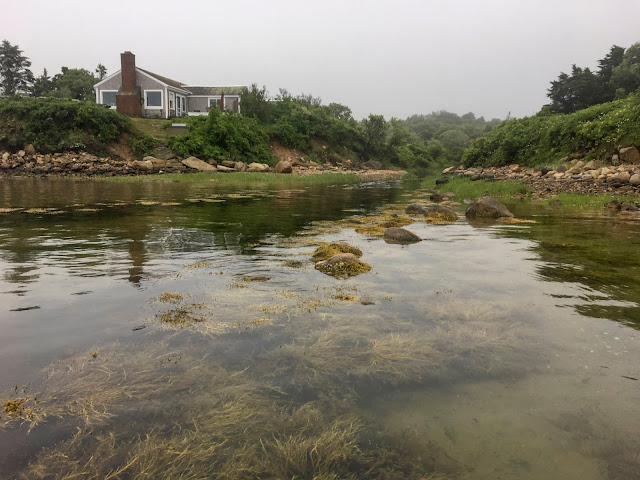 Theresa and I took the afternoon off and went to Edgartown for the afternoon. I was planning on going fishing late so after a quick nap and a group dinner I started to devise a plan. In the end I figured on going at 430 am and looked forward to a great day for sight fishing. 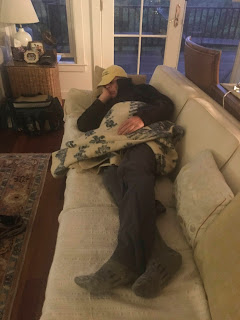 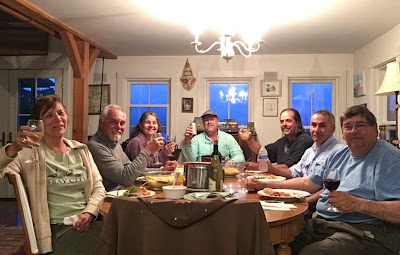 Below is the 445 am view and I realized I was an hour light because the sun came quick and the swirls and slurps stopped shortly there after. I hooked a nice fish and my loop to loop know broke at the 20 to 12 pound connection. I was back at the house by 630 and Theresa dropped me off on the other side of the pond so I could get into a groove before any sight fishing opportunity happened. 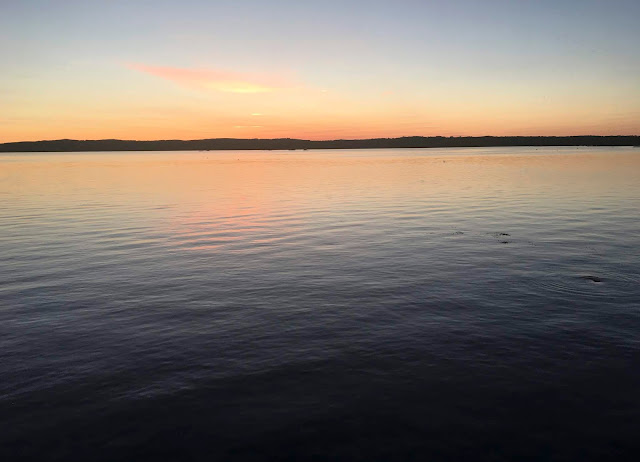 I set up the ladder and after and hour of nothing I turned around and fished the start of the inlet on the mid-outgoing. I was using a Coop's crab fly and landed 14 which ranged in size from 12-24 inches. One thing is these little guys pull, and couple that with the current and you think the fish are 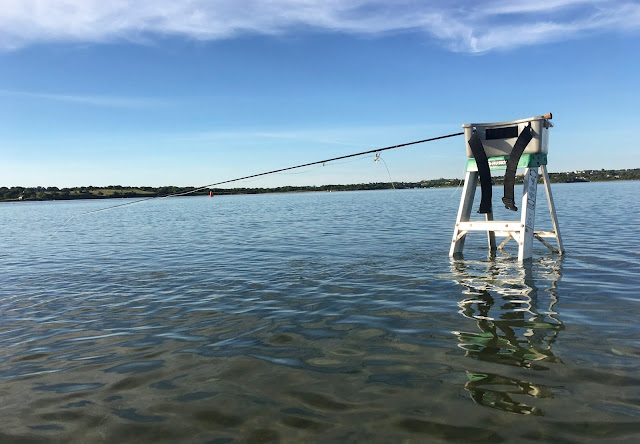 bigger then they are. Before the tide flipped I set up my ladder in a few spots and only saw 4 fish that were just cruising by. I got a feeling in my gut that Red Beach wasn't going to be good today. Between the late tide, passing sun, and wind it would be tough to see them. I came up with a plan 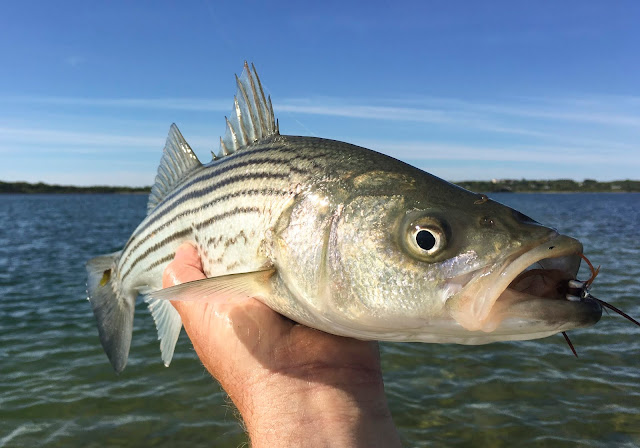 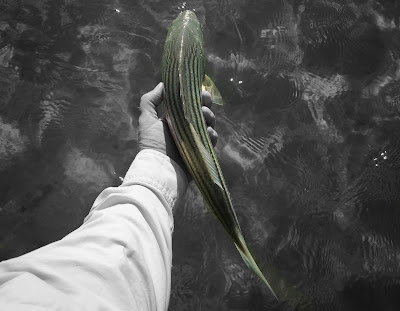 to hit a different flat on the other side of the pond. Its a all-in decision. I wasn't going to walk back if it wasn't any good. I carried the ladder halfway up flat and continued to the turn in the pond. Walking back I didn't see anything until I saw one, made a good cast, and watched him eat. It was my only keeper sized fish so far this trip and its nice releasing it back into such nice crystal clear water. 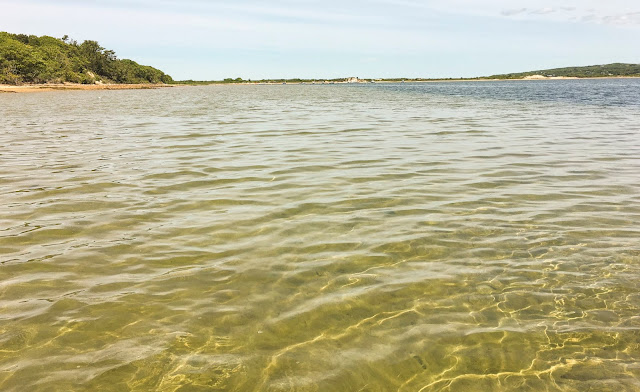 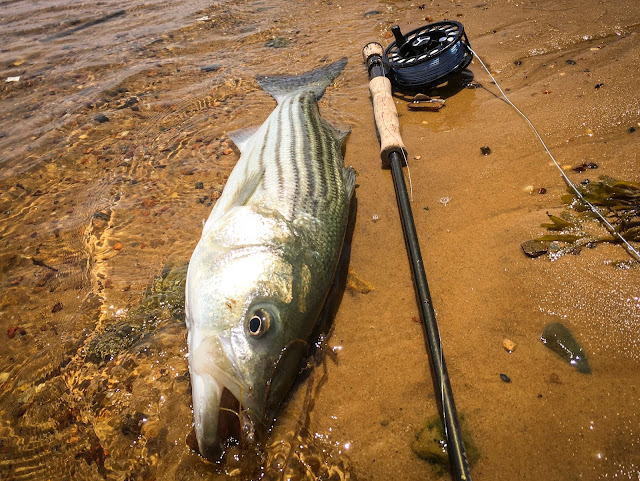 Posted by The Average Angler at 3:05 PM