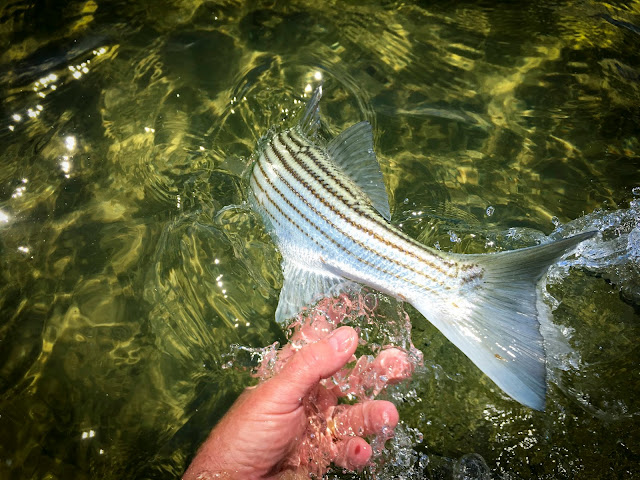 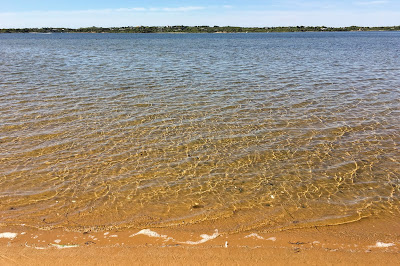 Good weather conditions and good sight fishing. We're lucky the wind has been somewhat cooperative to go with the high midday sun. We hit it on the start of the incoming and I hung on the flat and Steve moved to deeper water were he landed 10 on a bigger fly. I stayed skinny and landed four that took a crab fly. Of course I have the fish that got away story. 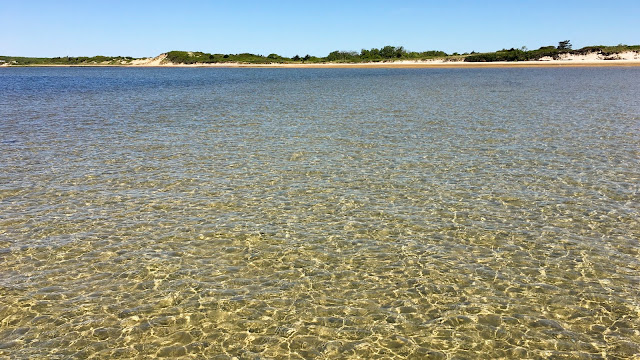 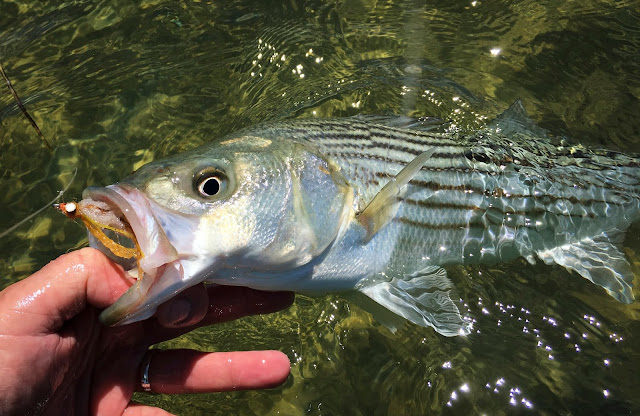 I have been casting to school bass with some brutes mixed in. I found a trio working near some grass beds and made a decent cast in their direction. After a few strips I was tight and enjoyed the good fight until it was about ten feet away and then....boink, it was off. I thought my 12 pound tippet broke but after reeling in I saw my fly, with half a hook was still attached. The fish looked to be about 33-35 inches and would have been one of my best fish up on the Vineyard yet. 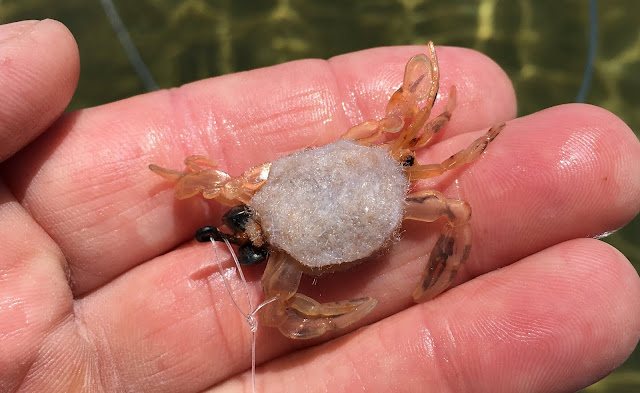 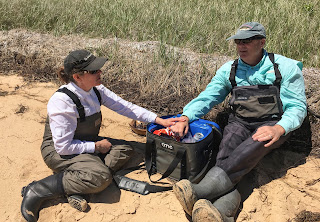 Theresa made some lunch and joined us out on the pond. Later in the day she gave it a go working on her casting and us trying to sight fish in the late afternoon setting sun. We didn't see anything but had a good time practicing for tomorrow, which will hopefully be good if the weather holds out. 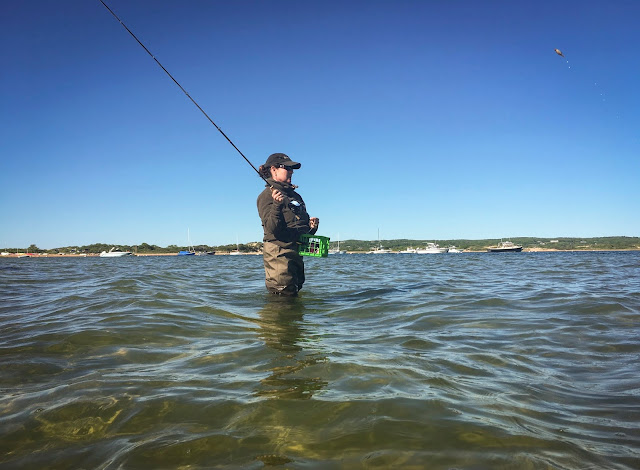 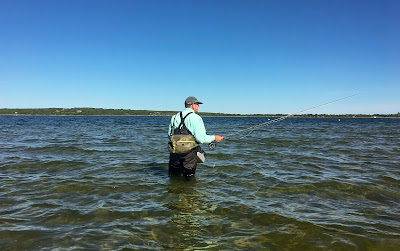 Theresa, Steve and I were joined by Gerry, Kathy, Dave and Rich so thats seven of us sharing the house. After burgers Rich and I headed to Dogfish and stayed till the su went down. We saw some terns diving on sand eels over the bar but nothing else as far as life. We had low water and between there and a quick stop at the inlet we both came up blank.

Tuesday is looking like bas weather so hopefully we can get tomorrow in. 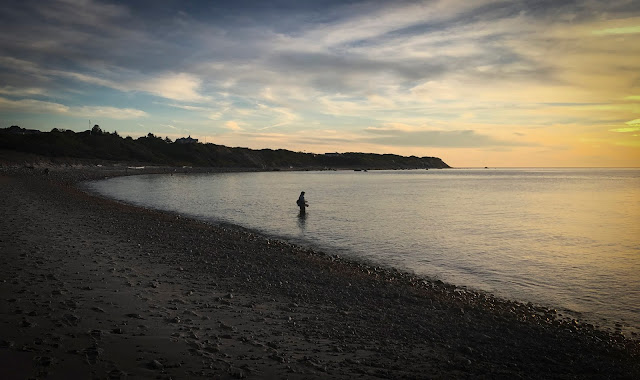 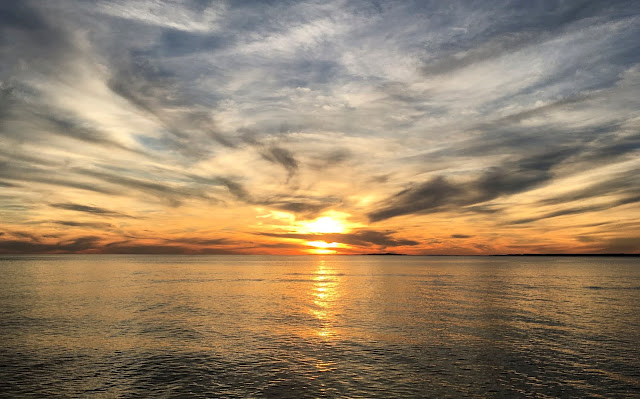 Posted by The Average Angler at 10:39 PM