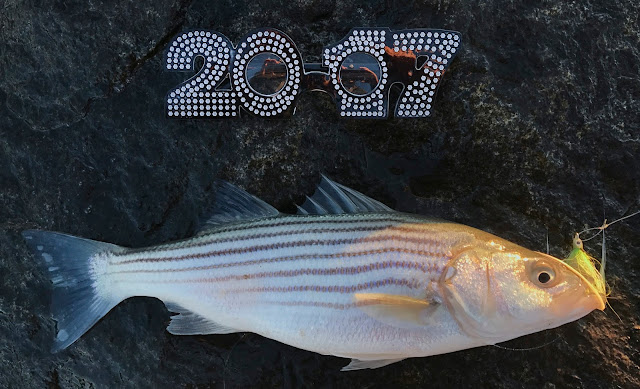 Happy New Year to all that read and may you and yours have a safe, healthy, and prosperous 2017. And for the fly-rodders out there may this year be hopefully one full of great experiences fishing for your favorite fish with your favorite fishing friends. I'll do a re-cap of 2016 in the next few days.

Well, yes, I had a goal of getting one under the belt for 2017. The way it looks last year I was finishing up school and didn't really get back on track until June, when I caught my first fish on Block Island. This year I wanted to start off 2017 with a fish. Now I think I will 'leave them alone" as my friend Bob Popovic's advises me to do almost daily. 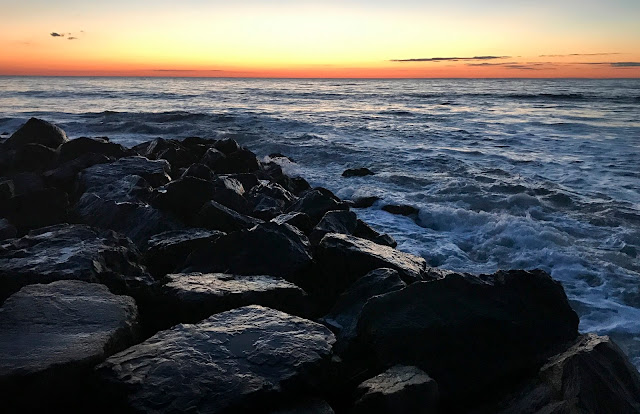 I started just before first light with a tandem fly setup. I fished for about 10 minutes, and started to get nervous that the fish weren't around, then I totally got tangled up which put me without a fly in the water for 15 minutes. 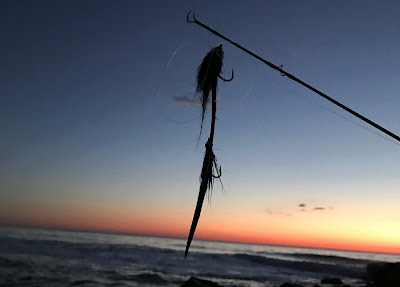 After I got straight I was back in the north side pocket and didn't do anything. I moved to the mid-beach and had a hard time getting the fly in the sweet spot with the incoming tide and shore break. I walked to the next groin where I had started and got two hits before landing the ceremonial 2017 New Year's Day bass. I felt relieved, the pressure was off, now the rest was just for fun. 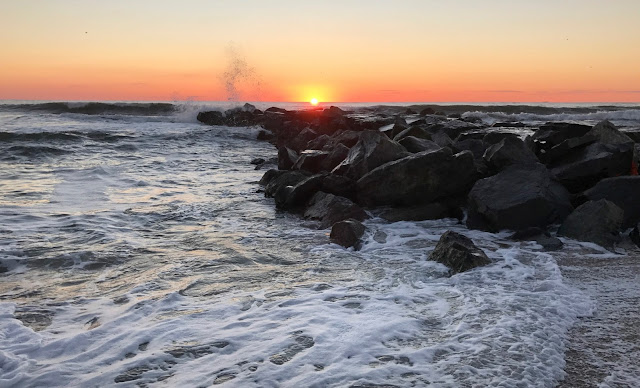 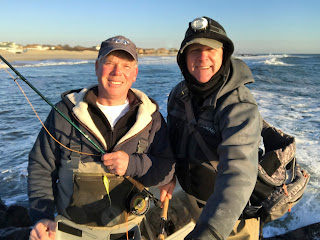 There were several anglers out today, a mix of the regulars and one's out for the New Year. Just about everybody caught, except Lief. Funny thing is, he catches a lot of fish, but can't get a holiday fish. He caught Thanksgiving Eve, Christmas Eve, and New Year's Eve, but caught the skunk of the next days fishing, including today. What that probably means is, he won't hang it up just yet. After the crew broke up I headed back to what I call my home groin and landed one more for good measure. It was a beautiful morning out there, wasn't too cold, lots of white water, and a few fish to hand.


I wonder what it will be like this evening?.......Only kidding. 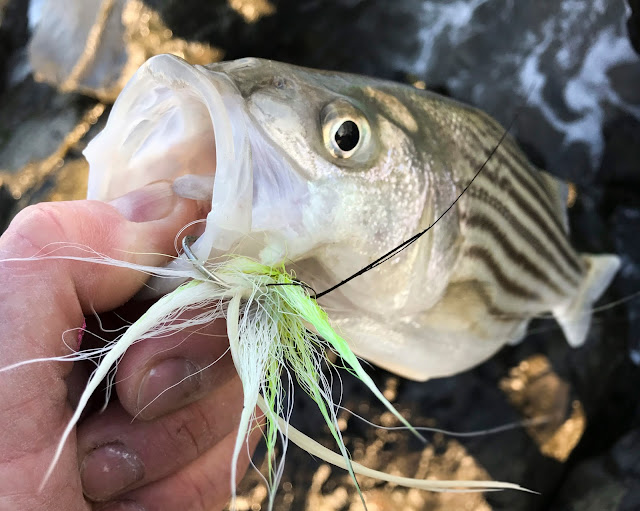 Posted by The Average Angler at 11:28 AM