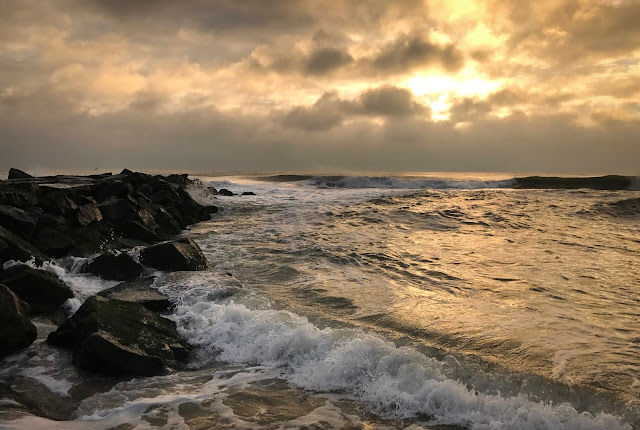 I really thought walking away from yesterday's blow that things would be all shitted up on the beach today. Last night I looked at the charts and the wind was going to swing W, which it did, but I figured the water color would be off and need a few tides to clean up.

This morning was beautiful out there. Low tide was around 5am so getting down as the water filled it made for some interesting potential. The waves yesterday changed some things on the beach, there's more sand in some places and less in others. One pocket filled in, and another hallowed out. Just wait until spring after a few winter storms and your favorite beats will be back almost to somewhat normal. Just go look at Monmouth Beach. 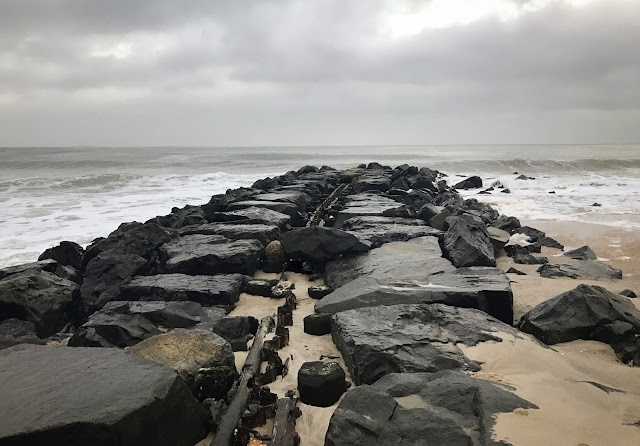 I fished long and hard and in between spots I looked through the tide lines and made a few deductions. There must be 1 million pounds of rubber out in the ocean from the Gulp and swim shads, women still use tampons in big numbers, and if you walk and look after each blow you could create a good plug collection without ever buying. 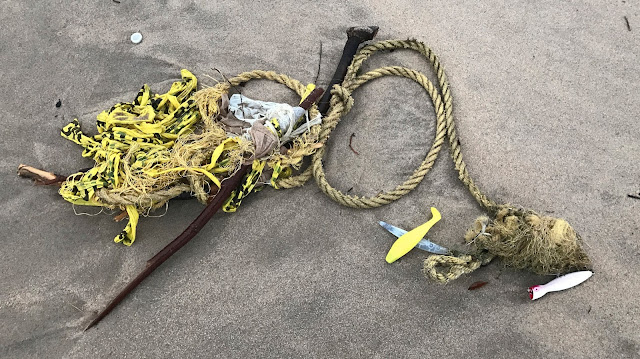 I also saw a bunch of crabs on the beach, in pieces and in whole. This is a Jonah crab, kinda looks like a Rock Crab, both in the realm of white-leggers. When I looked around I was hoping it was winter 2011-2012 when the epic crab hatch started in late December and went through March. But nope, probably just post storm normal wash-up. 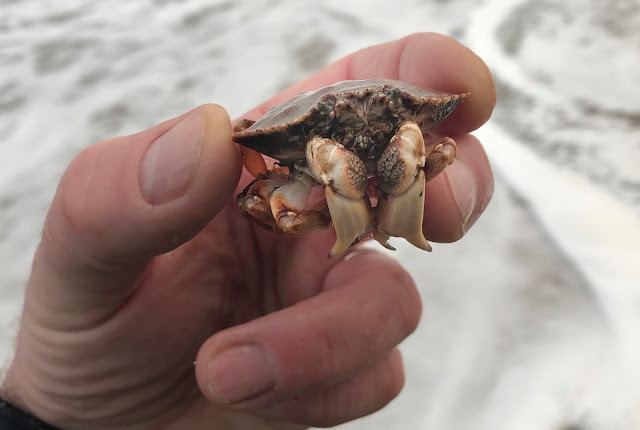 So I fished south, ran up north to Sandy Hook just to see if maybe these have been Hudson fish and have decided to travel up for the winter at West Point, and then came back south closer to the top of the tide. I went again with the tandem fly set-up, something I do time-to-time, but am definitely going to make standard practice next year, or at least use it more often. I think what turned me away from the "dry-dropper" fishing in the salt is the memory of tangles while floating the Upper Delaware rivers with clients in the past. It's a productive way to fish, but there are tricks to it. I've done well with the popper-dropper set-up for stripers and look forward to experimenting in the spring.

Today it didn't matter what set-up I used I didn't find anyone home. I wonder if who was ever around got spooked off by the blow yesterday. This week it looks like the cold and snow is coming, might be, well, let's just say, different than it has been. 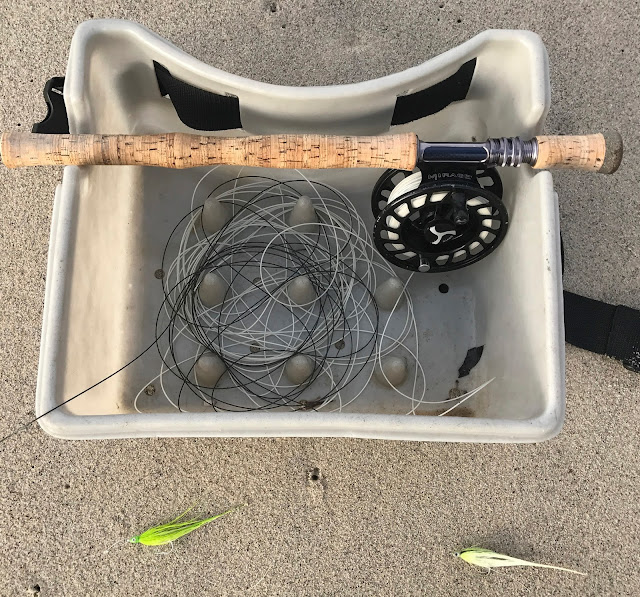 Posted by The Average Angler at 2:37 PM