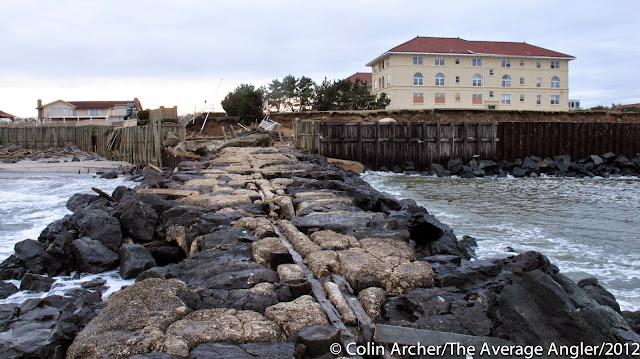 Was looking through some old photos and then checked some old blog posts. I found of Roseld from 2012 and 2014. The 2012 image was taken right after Sandy and then two years laster after repairs were made along the beach. Sadly, today it looks, and fishes nothing like it did "in the good old days". I can't imagine how good this fall would have been in "Jetty Country" if the government wasn't hell bent on "renourishing" our beaches. One thing I am in agreement with, loosely, is the work being done on the outflows. I have seen the destruction done inland when Poplar Brook backs up and floods neighborhoods. The same can be seen in other places also where the volume of water is far greater than the pinch points along the beaches where it is supposed to empty. I'm not condoning putting in pipes, but something had to be done to protect property, and lives.

I have spent a lot, I mean a lot, of time at Roseld in the past. It will take some time for it to return to what it was, if it even ever does. One just has to look at Monmouth Beach and you can see that it is slowly returning to normal, and with each blow Mother Nature is winning the war. Hopefully next year some of the better pockets will return, as this year the pockets came and went depending on which way the wind and tides blew.

Off to the Borgata for a few days before it's back to work. Glad to be stepping away for a bit. 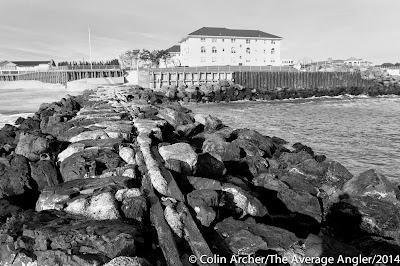 Posted by The Average Angler at 10:52 AM