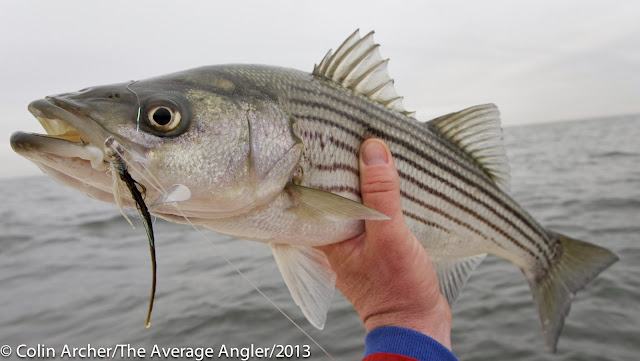 Tossed the idea of putting in at a few different ramps. Finally made my decision and went north. Hit it at first light and had a bumpy ride out front with the NW wind, incoming tide, and SE swell. Couldn't find life for awhile and when I did it was more birds and bait then bass. The birds today weren't a help. An occasional bass would break the surface but none you could set up on. They were like one and done risers.
Finally found some birds with a purpose and landed four to 27" on a sand eel fly with the Pulse Disc, HERE,  before trying something a little unorthodox to fly fishing. I wanted to really swim a sand eel fly with the Pulse Disc on it so I decided to go on a slow troll to see how it would work. I played out the line and creeped frorward. I went about 100' and I was tight. It was my last schoolie bass of the day. 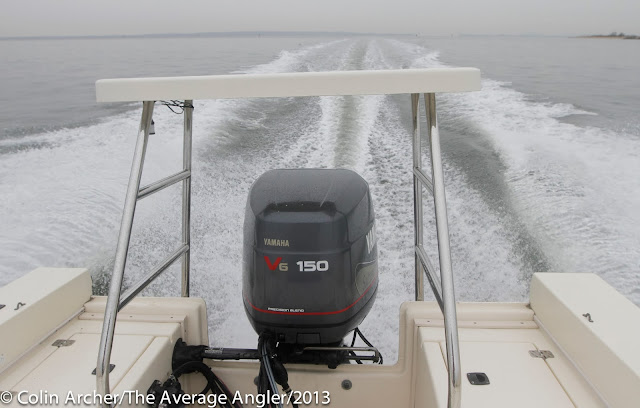 I stayed through the hail and was tucked inside when the rain started. Water temps out front ranged from 45-49 degrees. With the weather we will be getting over the next several days it should be interesting to see what the bait and bass will do. There's been a pick here and there of short to keeper sized bass. Not the 12-20 + pound bass that we had up north and then south but to the low 30 inch mark. Yesterday after my photo shoot I stopped by the beach just as things started to go off. The bass came in and I watched the birds overhead as the bass swirled underneath. I put my waders on before realizing I had no fly rods. So I watched 20 fish get caught and released. A few keepers were caught after I left.

After cleaning and covering the boat I decided to hit the beach for a little while. I made two stops and on my second I saw black clouds of bait travel up and down the groin. They were schools of gizzard shad which the bass just love. I fished and waited for something hungry to show up but left them for the night anglers. 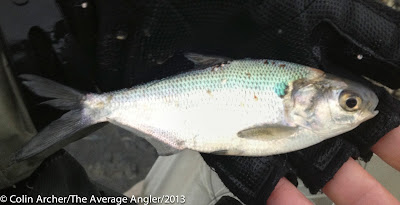