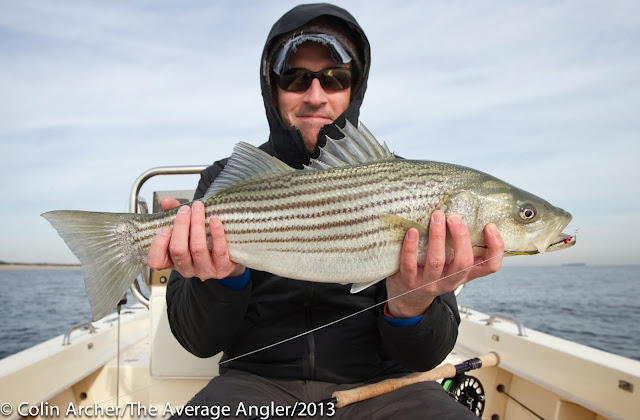 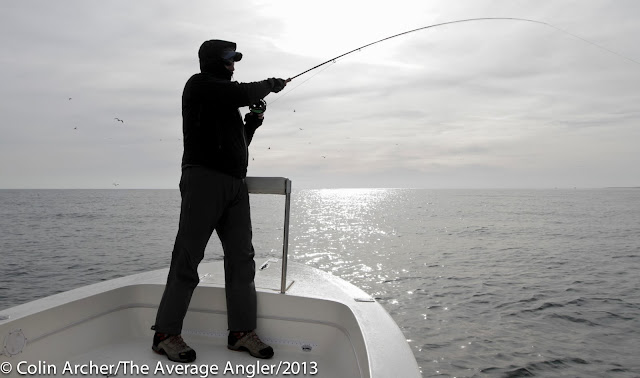 First, have to tip my hat to my client Kevin who was a trooper the entire day while it lasted.

Let me start with the "good stuff".

Got out front and joined up with a fleet of boats with not much going on. Took a turn and headed into some rougher seas before finding a ton of birds and bait on the beach. Got an invite from my friend Captain Jason Dapra from Blitzbound Guide Service that he had found a nice bite in the area so we took a ride over. Kevin's a great caster and we first tried a larger sand eel fly before switching up to a Brad Buzzi, aka BuzzFly, smaller sand eel fly that quickly got bitten. We had good marks on the screen 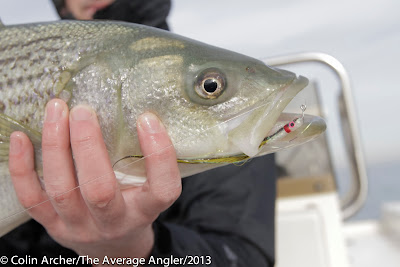 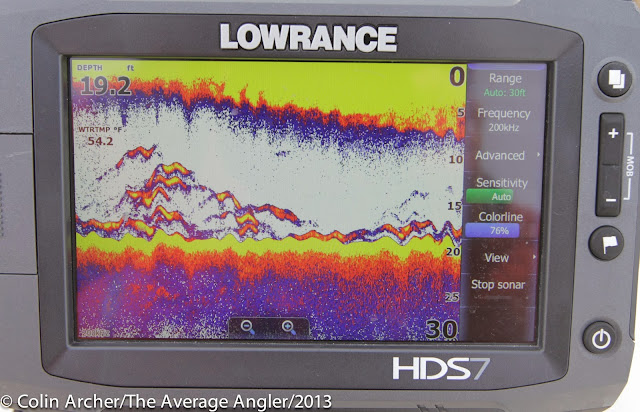 with fish occasionally up on top crashing on sand eels. Kevin landed another nice bass before we got ready to move and get back to our original plan. And that's where our day came to an end. So now I'll fill in the details from start to a regrettable early finish. 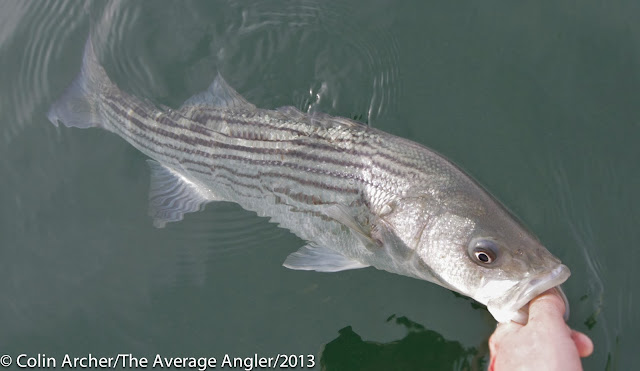 We started the day pumped up. We were both early, everything was ready, the boat was in the water before first light, and we both had extra large 7-11 coffees in our hands. The only damper was, the boat wouldn't start. At least not at first. Rather than scrap the day we fought on. First removing the battery from my truck, then getting a set of jumper cables (thanks Vinny!), and jumping the boat after putting the battery back in the truck and just having enough cable to reach the boats batteries.

We were delayed 50 minutes from our original start time but made our way out front and started the day. After running for a while I tested the battery by shutting down when we fished. It started back up and shortly after I went back to the well. And fell in it. The boat was dead. We were dead in the water.
I called for Town Boat US and they came out and got us running and we headed back in. I dropped her off at Gateway Marine where they said they'll get it done with a quick turnaround. My fingers are crossed - it's a great time for fly rodding for stripers from the boat. 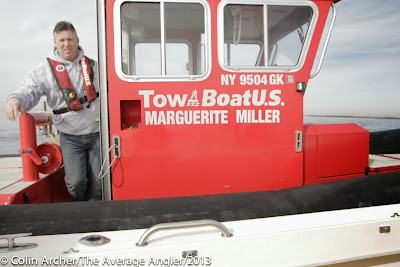 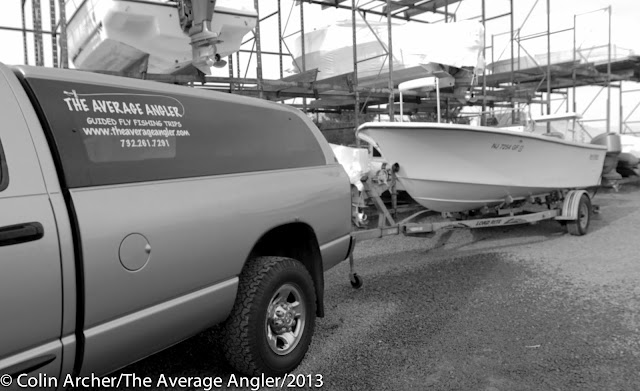 For those of you who fish the False Hook, recently being called The Rip, and haven't been out there, it's off limits as they are dredging there and taking the sand to the HARS (Historic Area Remdiation Site) You can read more on that contact HERE.  The HARS is a 15 square mile area located 3.5 nautical miles east of the Highlands and 15.7 nautical miles south of Rockaway.  Here's a few pics of what's going on. 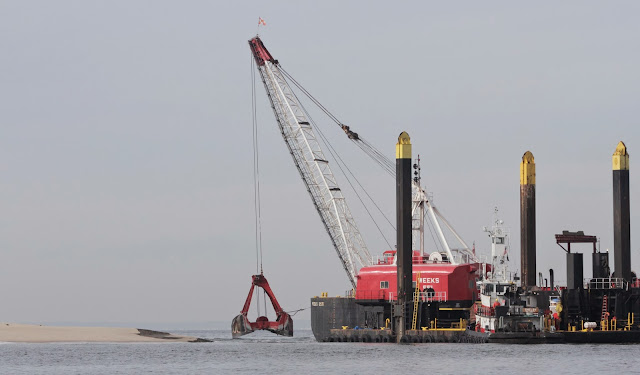 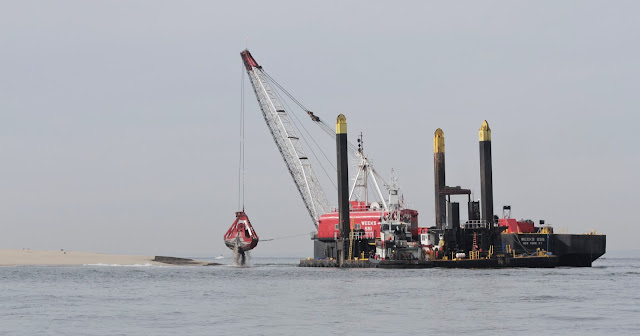 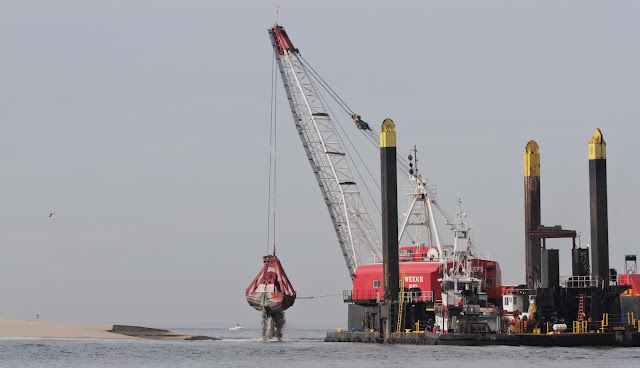 Posted by The Average Angler at 4:19 PM