08.21.13 Went out looking for some early bonito and albies but found mahi instead...and then off to the Bill Canfield Fly Fishing Camp

After last nights Atlantic Saltwater Flyfishers meeting and a presentation by Tom Gilmore on false albacore, I was really ready for a quick early morning look for some fish. I have heard of a an albie and bonito caught here and there and wanted to give it a look. 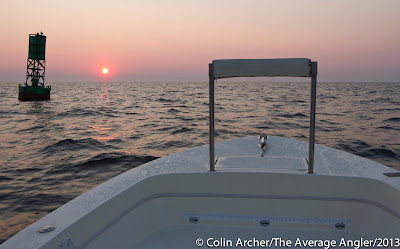 Wet the boat at 430 am ( at a dead low full moon tide!) and was out on the scout by first light and the sunrise. I didn't see a thing. A few scattered birds, one guy fishing the tip of the Hook, one other fishing boat, and large car carrier ships traversing the channels. That was it. 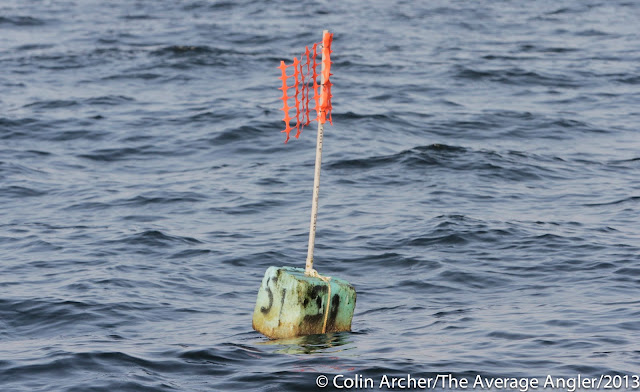 So I went with plan "B" and motored out and around looking for flotsam, seaweed, pots, just about anything a mahi-mahi might camp under looking for a meal. My fly rod was rigged with some albie flies I had tied last year when I got my first order of Clear Cure Goo so I just went with it. I was tight on the first cast.....and the second......and the third. 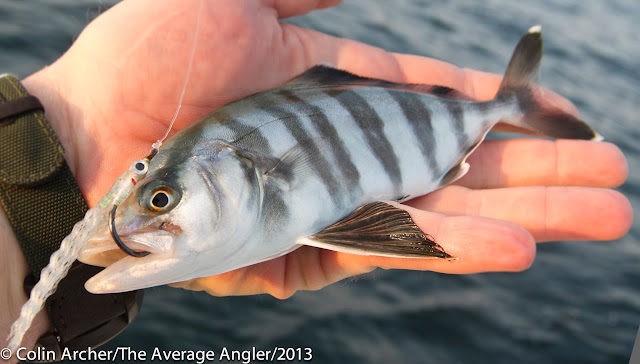 I was into schooling banded rudderfish, seriola zonata, which is one of the three species of amberjack. I caught a handfull, maybe several handfulls of these fish. The younger ones under a foot have lateral marks, after that they just maintain the strip that starts at the dorsal fin and extends down over the eyes. Like mahi-mahi, they too like to hold near pots and floating debris.I can attest to that as every stop produced several of these feisty fish. After a few stops I saw a few different colors and shapes in the water....is was the mahi-mahi. They were juveniles and no bigger than 14-18 inches, but I did see bigger mahi below the schooling and aggressive fish. I wonder what a few buckets of chum would have done to the fishing.
As soon as the fly would hit the rudderfish would shoot out and one would hook up. I decided to go with a sinking line and throw past my targets, let it sink, and hope for the mahi to bite. Luckily it worked. I started get more follows, lightning fast swipes, and hook ups. They weren't big but it was fun while it lasted.

Today I leave for the Catskills and the Bill Canfield Youth Fly Fishing Camp. Myself, Joe D, Brandon, and Charlie- all Delaware River guides- will spend the next four days introducing kids from the Hancock, NY area to fly fishing. Last year was a great time and this should be great as well. They are the future of this sport. Below is last years group photo. 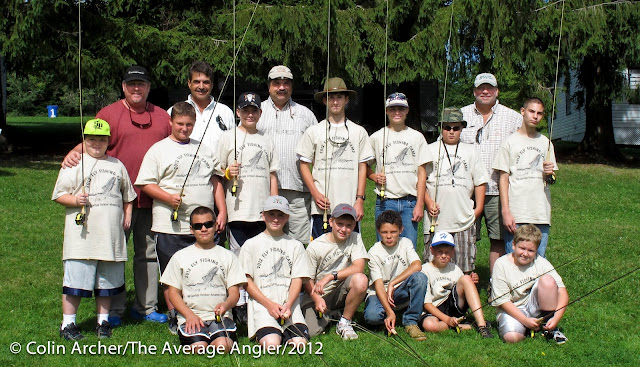 Posted by The Average Angler at 2:07 PM