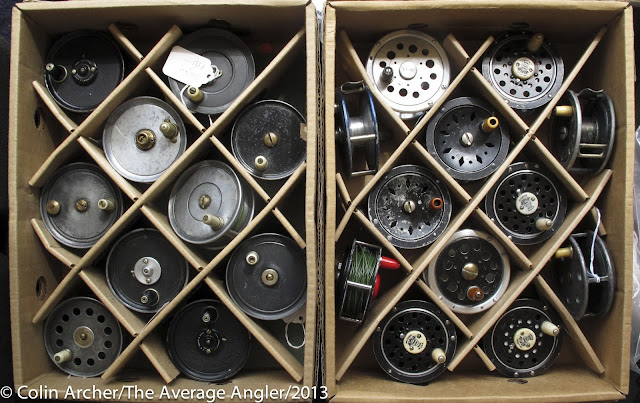 Took the fan damily up to Roscoe for the weekend for some work and heavy lifting at the house. Our house is located on 40 acres and is in a beautiful setting, but it is in desperate need of some love- quickly! With hopefully the Adirondack homes under contract, and sold!, we are hoping to concentrate our efforts on our home here.
It was a weekend of all good things Roscoe. One bummer, on our way up we always stop in Parksville and hit the Fiddle's Dari-King but it was sad to see it closed, don't know if it's for the summer or for good. We rented a house in Colcheter which worked out great. Some things that we always do, fudge at The Little Store, dinner at the Rockland House, Farmer's Market next to the firehouse, ice cream at The Sweeth Tooth, Smore's over a big night time fire, 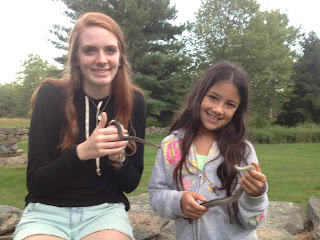 and lots of newts, snakes and frogs both days. Surprisingly we didn't eat at The Roscoe Diner, having cooked breakfast after some early morning runs to Downsville each morning for the papers, fresh coffee, and supplies. 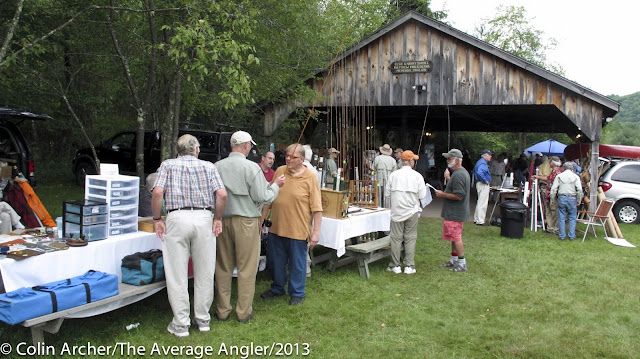 Luckily I was up there during the Catskill Fly Fishing Center & Museum Summerfest. After breakfast on Saturday me and gang hit the anglers flea market. I was thinking that maybe, just maybe, I could score something good there. Maybe someone would have a neat old book on striped bass or saltwater fly fishing for a steal. I figured it was a "Catskills" thing so everyone would know the value of all things from the area. And boy did they.
There were lots of bamboo and vintage rods and reels, old books, and flies tied by some of the premier tyers from the Catskills. I ran into Bob from the BorderWaterOutfitters fly shop and he showed me some of the more expensive flies for sale. I found three spider flies tied in 1992 by Paul Schmookler that had an asking price of $300.00. 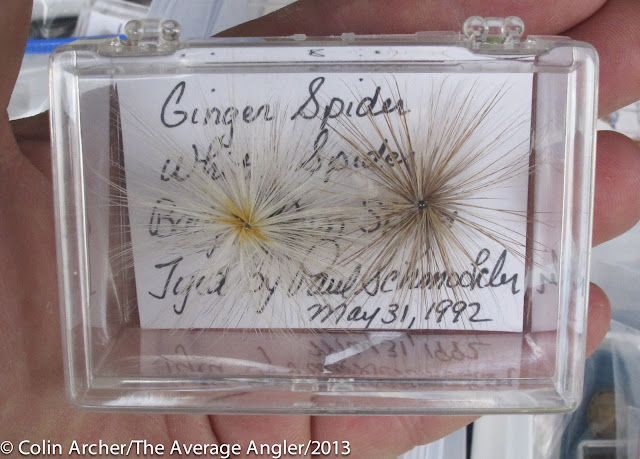 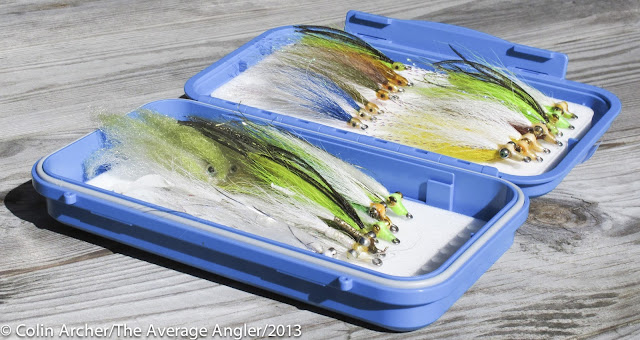 I did find one tie that was interesting to me. It was a Clouser with a Mister-Twister type tail tied in. It was cut out of some kind of rubber sheet. I will try this fly in the morning, if I can get myself away from the poppers and sand eel patterns. 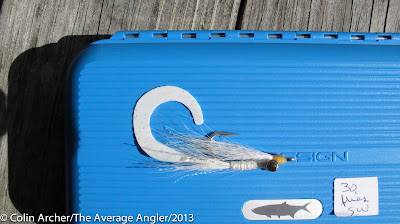 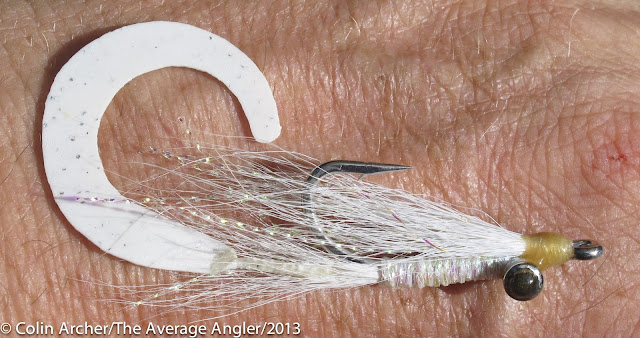 After that find it was off to work. Lots debris removal and bagging of "stuff" before hitting the basement. For a change of pace I broke out the chainsaw and we trimmed up a large tree that looks down over the house. My son and older daughter climbed, with my son climbing up around 100 feet. It was great to have the wife, kids and Lola up there and hopefully soon those trips will be just hanging out and not work trips, maybe even take some of them out for a float down the Delaware. 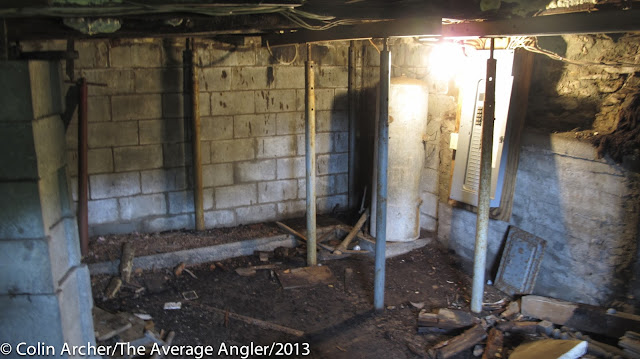 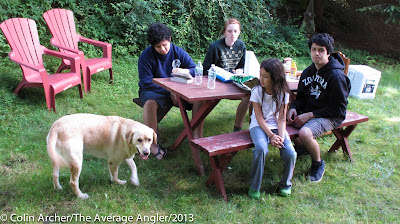 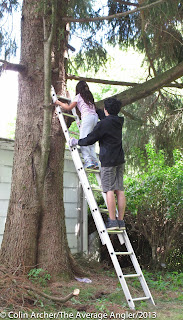 Don't be fooled, this is our rental! (Below) 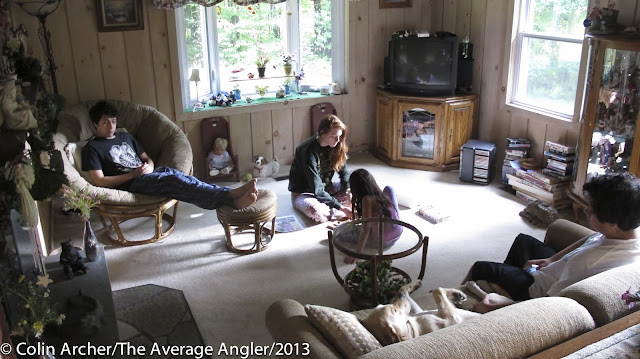 Posted by The Average Angler at 8:17 PM