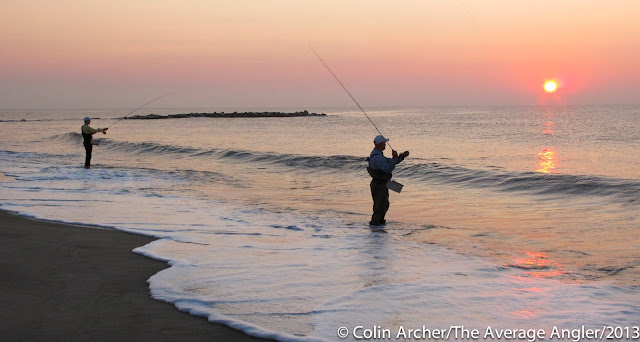 These are great outings for a guide. New fly anglers anxious to learn and fish for stripers, bluefish, fluke, and anything else with the fly rod. In addition, its great to be part of a special outing between a father and son. As a son, and a father, I can relate to how nice these moments are. 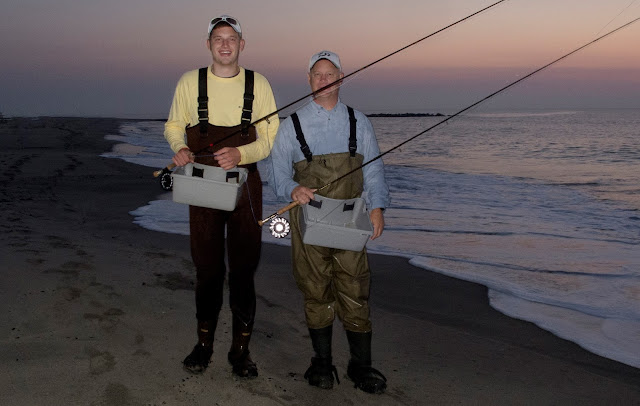 John and his son Dave booked a while back and we kept getting cancelled out due to the weather. Well today we picked a beauty. It was a 5 am start and the sunrise didn't disappoint. We started out with poppers and then moved to Deceivers and Clousers. There was a slight west wind and flat glasslike conditions with a soft swell, until it broke at your knees or basket.
The boys did great and piked up a lot of tips and techniques, but the best part was, they knew when a cast or retrieve wasn't "feeling right". John started out with the Depth Charge 300 grain line, and was loving it, until we switched up and gave him the stick with the intermediate line. He quickly came to realize how much easier the heavy line loads the rod, and how much more distance you can get. (We all also learned how easily sinking line finds where the strings of mussels were getting trapped up in the trough!)
We ended up on the groin and watched as schools of snappers followed each fly in on every cast. Dave went tight with a Clouser on what was most likely a fluke, but it unbuttoned as he got the line onto the reel. It was a great morning and I hope to fish with them again.
Both are avid spin anglers and my question of the day was - "When will you decide to fish the spinning rod and or the fly rod?" It's not easy when 1) you are used to casting a mile and catching fish, and 2) are learning something new and don't have the same experience and knowledge. Hopefully, they will catch some stripers and bluefish on their fly rods first, if not, they just may not get the usage that their trusty surf rod and reel will. 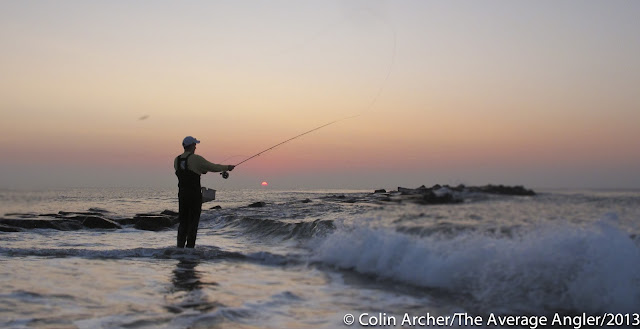 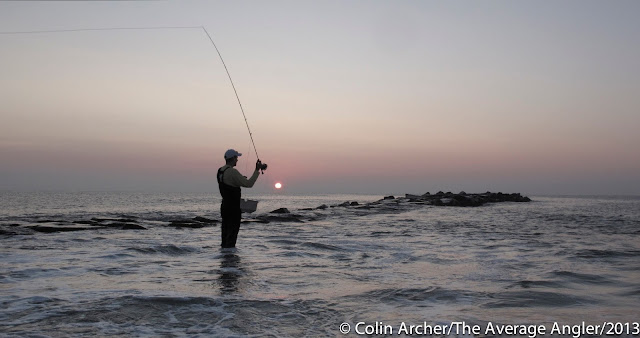 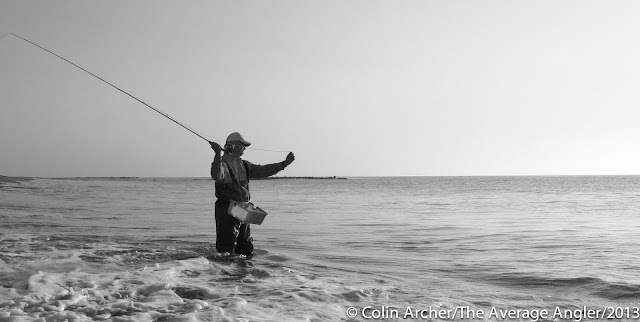 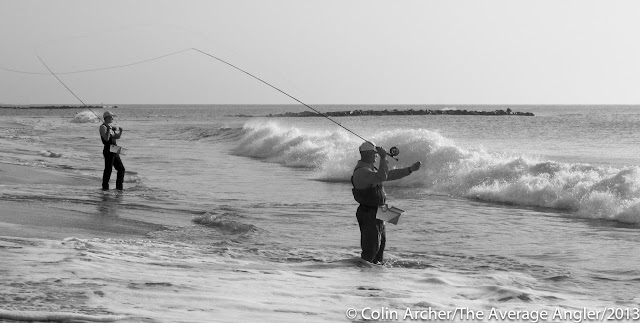 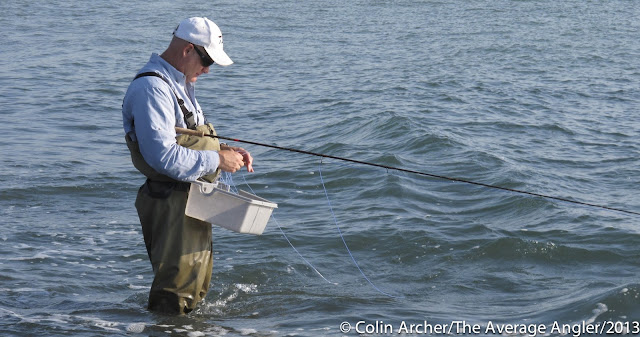 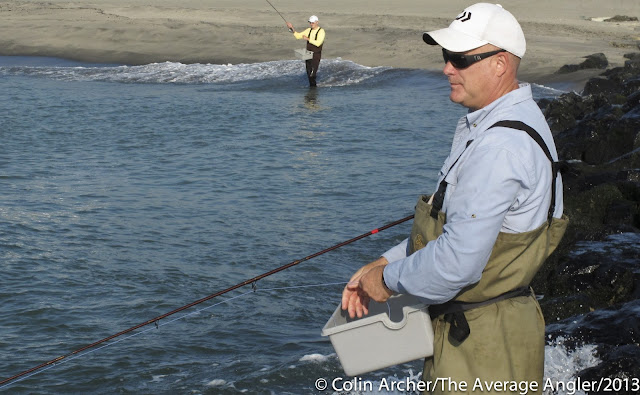 Posted by The Average Angler at 2:09 PM