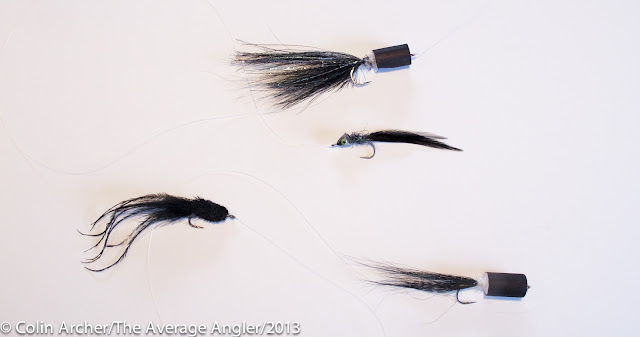 Went to work at 1 am throwing a variety of black flies on the outgoing tide till dead low at 530 am. Not a splash or a bump over five groins and three beaches in three different towns. Actually I was 20 feet over the border in one so four different towns. Didn't see another angler out till the break of dawn and by then I was done. Started off strong, got a little bored in the middle, and then charged up when I could see the popper working the topwater. Went with a popper/ dropper and managed a small fish, micro bass or bluefish, that came unbuttoned as I lifted it up onto the rocks within the first twenty minutes. At that point I thought it would be a busy shift.
The sky was overcast at first but then cleared up just in time to catch the perseid meteors, aka "shooting stars", traveling across the sky. The night before the sky was much more active. It was a great night to be out there even though the fish were spending the night in a town just a little further south. 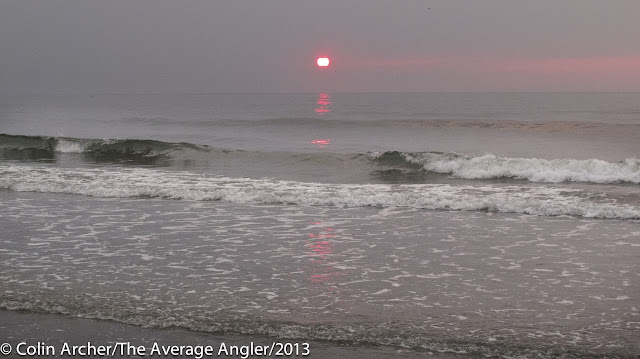 Posted by The Average Angler at 7:35 AM