08.07.13 Pair of bass in the dark...watched a battle with a cownose ray....and a great catch and release roundtable 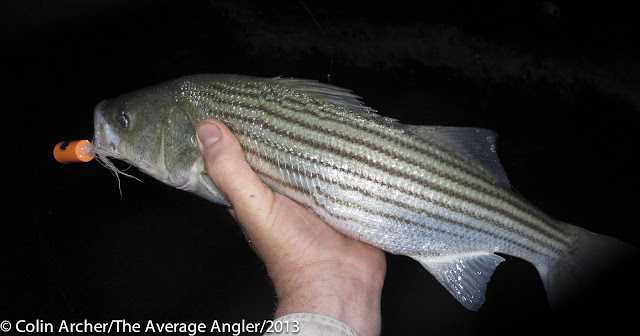 There's been a lot of water around with the current new moon. To beat that I got on the beach around 4am. On the second cast I watched the above bass blow up on the Bob's Banger. Had a few more takes bringing one more to hand. When daylight hit I switched over to a sinking line and sand eel pattern. Didn't get a touch until I saw a swirl and made a cast and went tight, for just a minute before it spit the barbless hook. 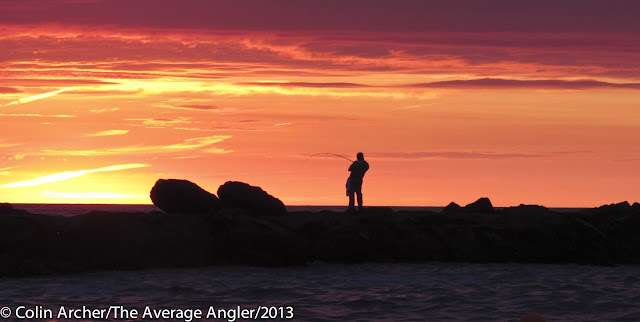 As the sun rose a lone angler on the groin hooked into a cownosed raw and fought it for time. He kept the ray saying his friend who is a chef knew how to cook it. I did some reading on it and found the CNR's are edible, if dressed properly after being caught.
CNR's are members of the Chondraicthes family, including sharks, rays, and skates. They carry a large body mass and quickly build up uric and lactic acid when stressed. During a prolonged fight it will build up these metabolites, which will change the taste of a fish. It's similar to tuna, where a tuna can actually cook itself during a prolonged fight, that is why they are bled and gills are removed quickly upon being landed. If you keep a ray for the table, you must quickly kill the fish, and remove it's wings and put them on ice immediately. Below is a recipe, 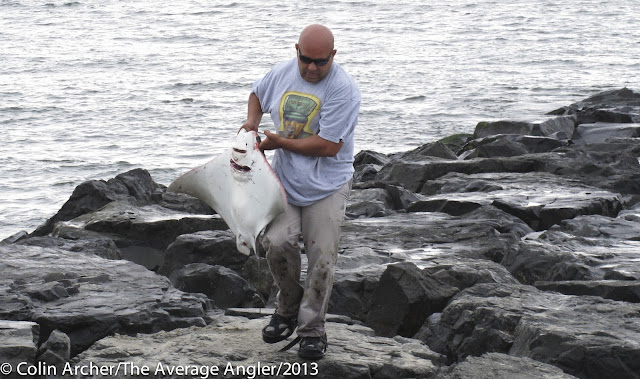 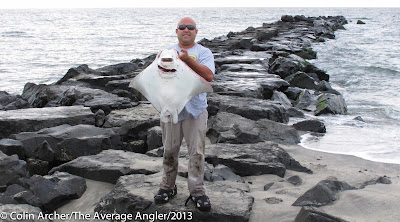 Today there was a number of anglers out early, with most looking for striped bass. I counted 4 fly and six spin anglers just a groin or two either way of the beach I was on. I guess "cabin fever" is setting in and anglers can't wait till fall arrives.....

Later in the day I saw this video posted on Facebook. It's a roundtable discussion called- "Striped Bass For the Future: Striped Bass Catch and Release". It was held at Monmouth University and includes Lou Tabory and Bob Popvics. It's a great listen and hopefully we can all step up our techniques for releasing striped bass.


Posted by The Average Angler at 4:05 PM