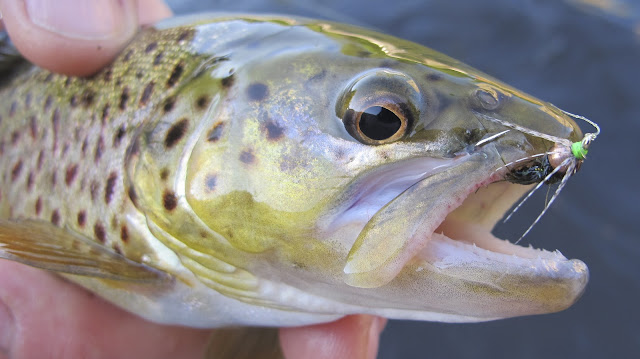 Well after a great striper morning I was on the move. Couldn't get it together so I left Red Bank at 2 pm, after stopping by the pharmacy there to get some scrips re-filled, which I forgot anyway. On the way up I called my sister who lives up there and we decided to meet for dinner at the bar at The
Hungry Trout. It was a nice, but quick, meal and left me a short window to fish. I stopped by the falls below Lake Everest and found loads of fish popping as the sky overhead was loaded with Isonychia spinners. I caught a few browns to 14 inches and then headed down to the houses at Ausable Forks. 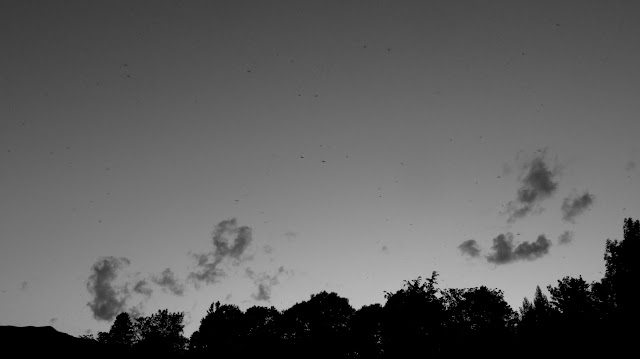 I started Thursday morning out at 5am wanting to fish real early so as to not thermal stress the fish. I found fish rising below the bridge and had a blast with about a dozen before most folks got up for the day. I'm not digging the channelized West Branch above it's junction with the East Branch and then down below. After a ton of yardwork and the posting of multiple for sale signs (how sad) I decided to 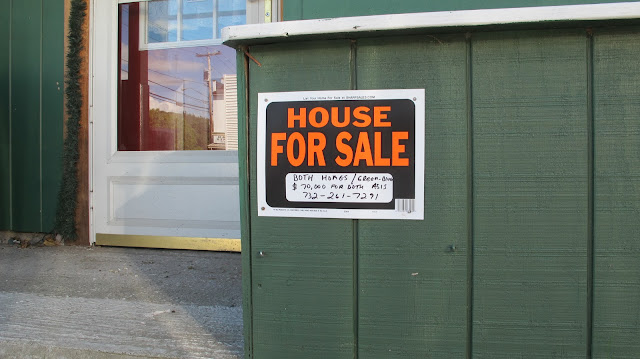 hit the upper West Branch again. I stopped by the falls and found a group of spin anglers grouped up below the falls. I headed downstream and stopped at the Welcome sign, well posted private sign, about 500 yards below the falls. It was still just nice to get out and fish the pocket water and nearly break my ass on the those vaseline covered Ausable rocks. I caught a few nice fish nymphing the faster water and made sure I stuck the water with a thermometer which read 64 degrees. By 4pm I was blowing out of town heading down to the Roscoe to meet up with the members of the Jersey Shore Trout Unlimited on their annual Beaverkill outing. (Continued below) 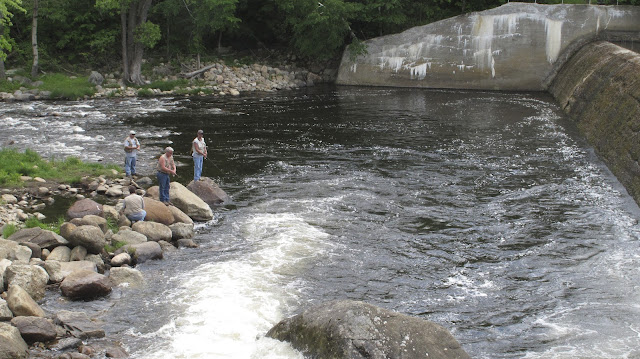 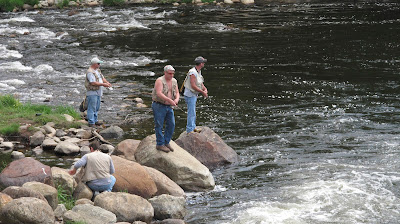 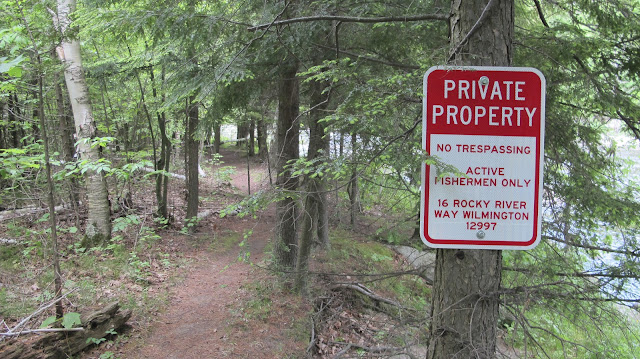 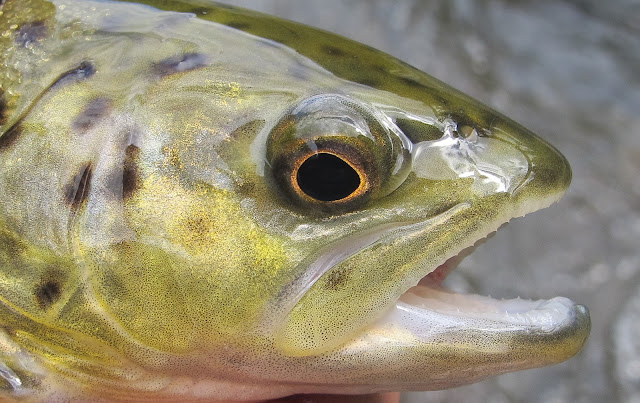 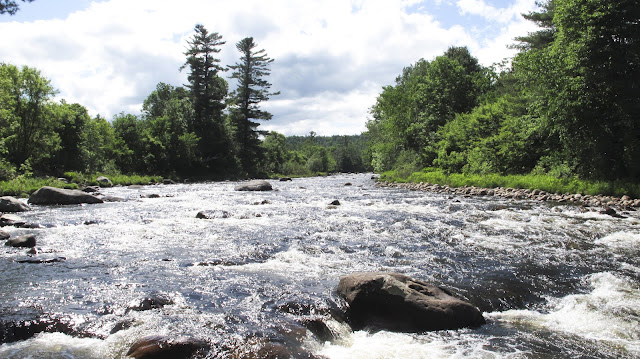 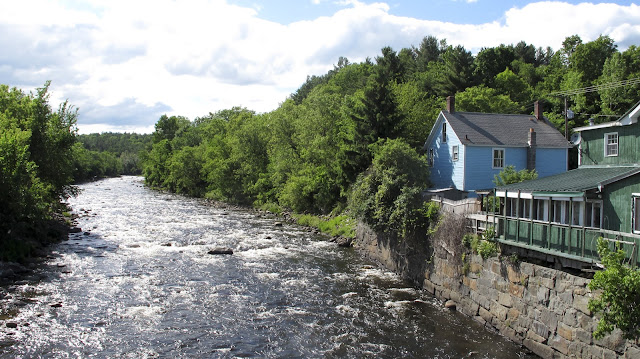 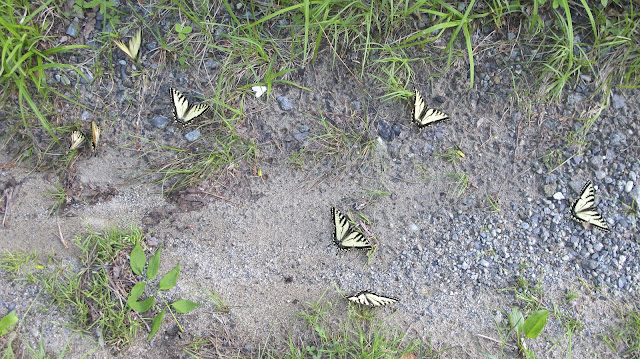 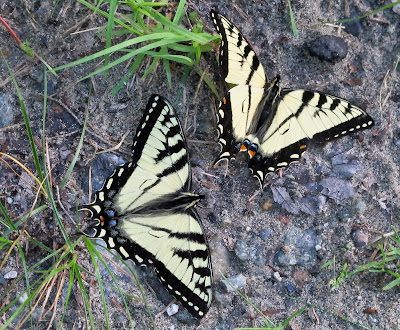 When I left Ausable Forks I felt like I was saying goodbye. I grabbed a few trout related decorations and figured I would put them up in the Roscoe house. Our Roscoe house had been in my wife's family for decades and is in a state of disarray and in the need of some serious love. Well, I guess now, love is coming to town. I purchased the first Ausable Forks house in 2003 and the second next door in 2010. I had good intentions and high hopes but the distance, natural disasters, and my kids lack of interest made me see the light that for us right now it's the right move to sell. So, if you would like to buy 2 houses  right on the West Branch of the Ausable please give me a cal, $70,000 for both. 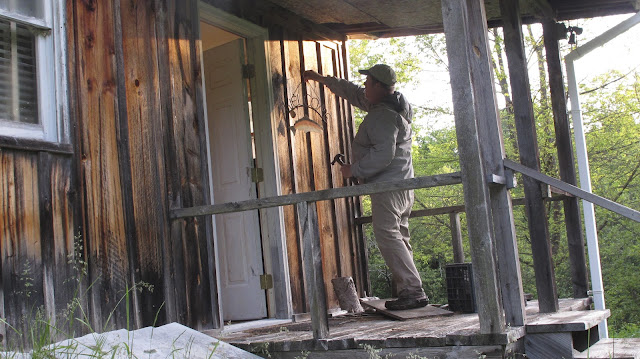 When I got to the Roscoe house the first thing I did was hang a trouty Welcome sign next to the front door and unload some nice pictures to hang on the wall here when we get cleaned up a bit. The next move was to hook up with the guys from the JSTU who I found at the Roscoe diner. I stayed at the Butternut Grove Capmground crashing in Paul's tent, who left in the middle of the night because of my snoring. It wasn't my snoring, it was an obstructed airway from me sleeping on my fists because I didn't have a pillow. In the end I bought him breakfast at the Roscoe Diner where we met before fishing Friday. 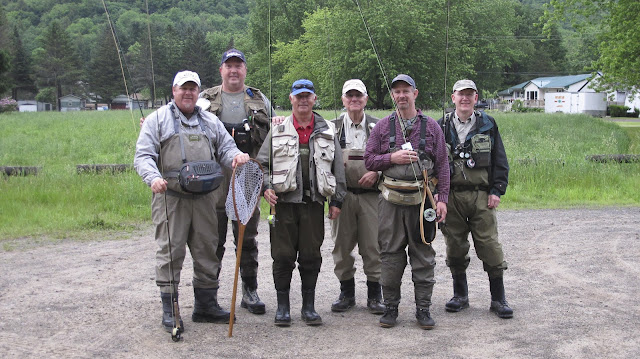 A small group of us decided to fish the Willowemoce Creek at the Catskill Fly Fishing Museum and we caught a few on nymphs and then worked out way down to the Beaverkill as the winds started to howl and the skies darkened. Since I hadn't taken my meds my eyes were starting to buldge out of my head so I did the right thing and called my Doc to call in a prescription at the Rite Aid in Hancock. On the way back we stopped at the Riverside and had lunch before joining up with more guys at the campgound and hitting the Beaverkill for some evening fishing. We fished above town and all the guys caught fish but me. We had a nice time and I said my goodbyes before heading to the house for the night. 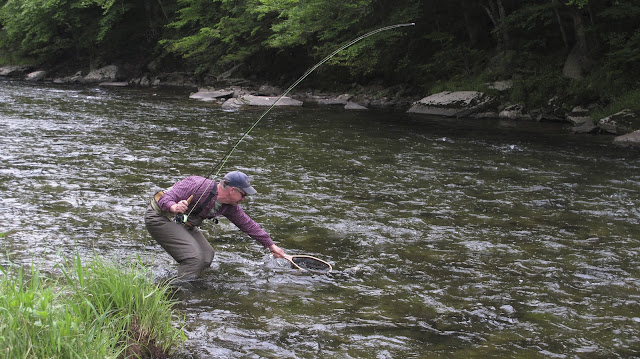 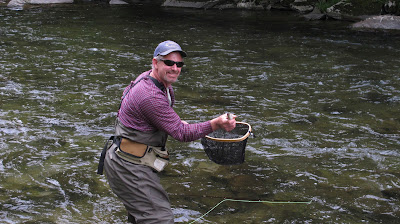 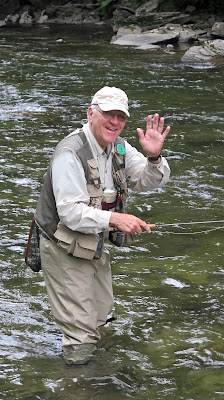 I set up my portable cot and sleeping bag and made the best of the night. I shouldn't complain the guys at the campground took a beating as the heavens opened up and they lost power. I was up at 6 Saturday morning since I had a list of things to do before meeting clients at Border Water Ourfitters in Hancock at 11 am. 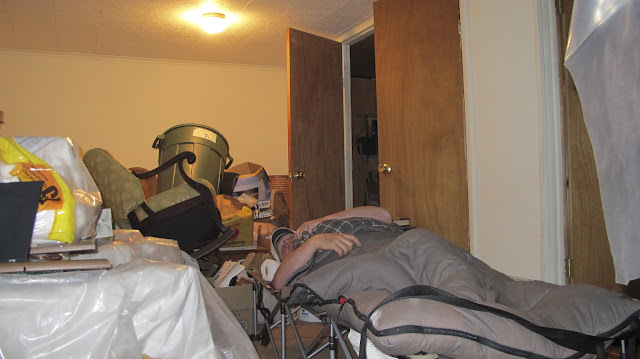 On Saturday I had three great guys in the boat, Dan, Rick, and Mike are friends who work in NYC and came up for a one dayer. They are new to fly fishing and it was there first time on the Delaware. As I do with all my clients I asked them what they wanted from the day. They wanted fun, to learn some, and to each catch a couple of fish. I told them the last might not happen. Hopefully we'll see fish, and get a few shots at them, but lets set our expectations at catching none and go up from there.
We started out nymphing and after a few hours they were surprised none of them had caught anything. We had a nice lunch sitting on a fish that never came back up. The West Branch was quiet which was surprising for a Saturday. We set up on a few, spooked a few. missed a few, flossed a few, and had a good day till the evening. At night we had a mixed bag of bugs with Cahills and spinners the majority. Mike missed a sweet big fish after he made a nice cast, had a great drift, and THEN took his eye off the prize for just a second. I worked with Danny who fished some fast water with a Rusty Spinner and connected with a nice 19" strong brown trout as time expired. It was a great day with some real nice guys. 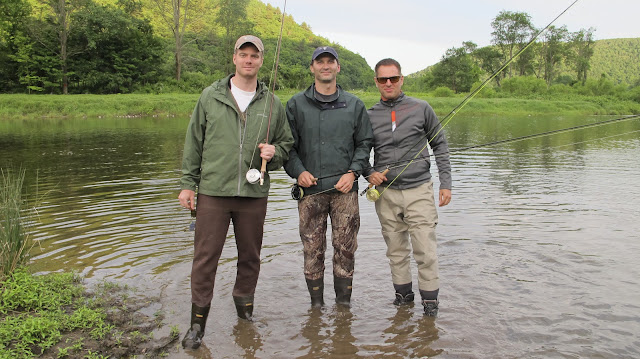 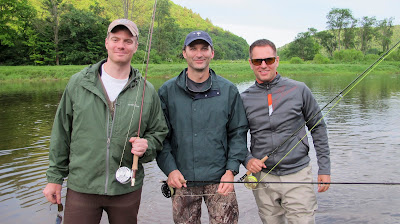 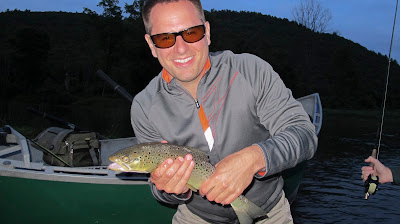 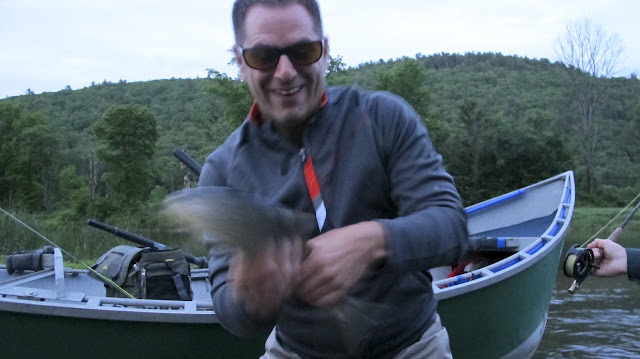 After dropping the guys off at the Hancock House Hotel I made a run up to Joe Demalderis's house to drop off a rod he lent me for the day. I organized my boat and gear and by the time I left there and dropped the boat in Roscoe and got back on Route 17 it was almost 1 am. I pulled over on the Parkway after I started falling asleep while driving, and made it home around 430.
" There are three things we never late for here in Montana, work, church, and fishin'", well today I was late. I set my alarm for 615 and must have hit the iPhone snooze button because when I came to it was 713, and I had a 7 am start time for a casting/fishing trip on the beach. I got down and met Craig at 725 and we spent the morning going over shooting line and hauling all the while casting into fishy water on the outgoing tide. We've been together for six lessons and he's really enjoying himself and coming along nicely.

It was a busy four days in some of my favorite places, the Jersey Shore, the Adirondacks and the Catskills- and I spent time with great people along the way.

Posted by The Average Angler at 7:25 PM