A few years back I saw a fly fisherman on North Beach in Sandy Hook casting a spey rod for stripers and I thought it would be fun, and effective, to try in the salt. I snapped a few pictures of Ruben that day and one of them will be in the summer issue of Eastern Fly Fishing magazine which will hit the newstands in the next few days. Below is one of the pics. 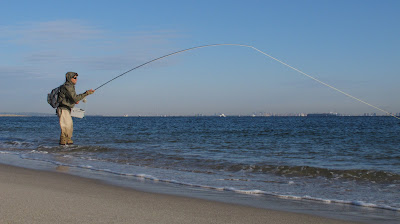 So back then I went ahead and purchased a 12'6" 10 wt spey rod that came with a cheap reel and horrible line. I couldn't cast it 50 feet. This year I purchased another Orvis Mirage V reel and decided to load some new backing and the Orvis WF 10F 580-grain switch line, and today was my first go at it in a while.
First off, a big thanks out to Rob the store manager at Orvis New York City who helped my out in a pinch with a wader issue I had and today I was able to slide on a new pair of bootfoot Enduras after screwing in the tungsten spikes that go with them. Then it was off to the rocks. I fished at slack low tide but still had breakers to deal with. It was great casting this rod easily over 100' but never getting to the backing which is 125feet from the line tip. At times I found myself struggling to get the line in before the waves had carried it into the rocks. With 100+ feet out you have to strip in a hurry and line management is key. Later I moved to the beach and worked on my loading and casting, and it was better there without the line hazards to worry about. I didn't catch a fish, but didn't care, but it will be fun to hook up just a little further out then I am used too. 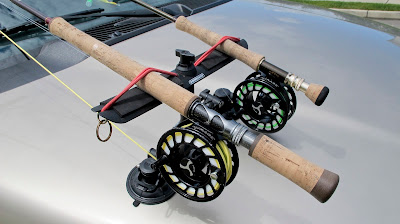 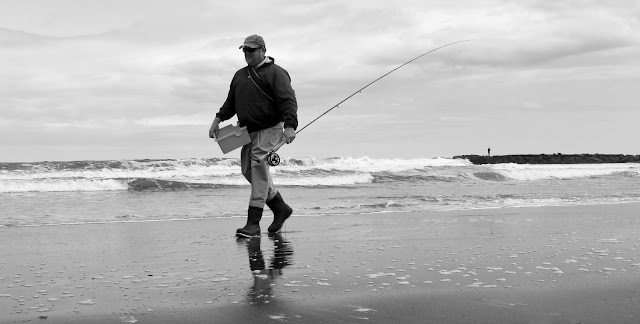 Over the last few days I have heard that President Obama had been in New York City. As I made my casts I could hear the sound of helicopters in the distance. I looked to the north and found the Presdient's helicade? flying low along the Jersey Shore. I thought nothing of it as I have seen it before and made a few casts as they came close. Then I thought, " Wow, imagine if the President is looking down and thinking, "Look at that, that looks like something I would like to do", or, "Hey, that guy can't cast for shit!". I snapped a few frames as they went south and then called it a day.

I have been told that there are several helicopters in a formation and that some are decoys in case they were to come under attack. 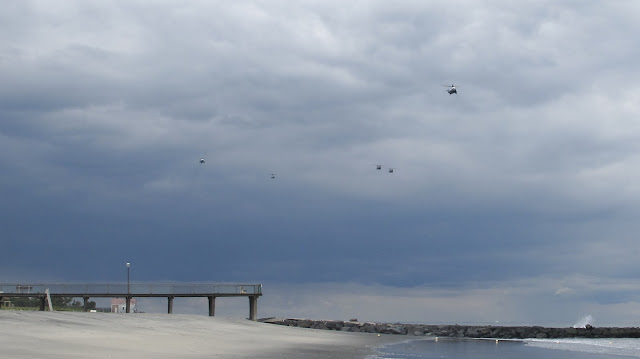 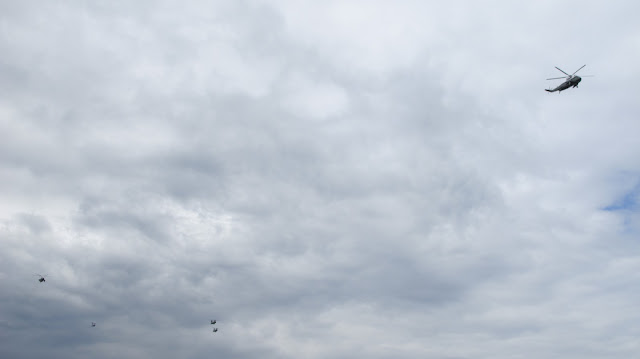 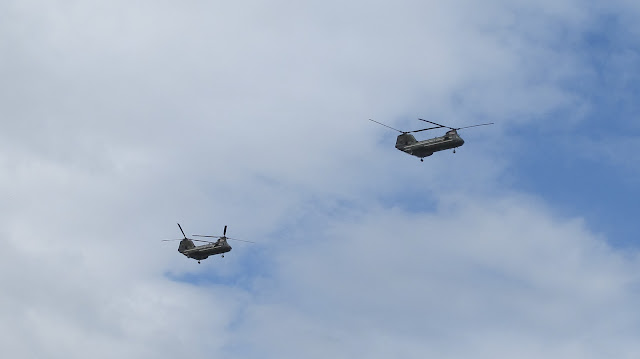 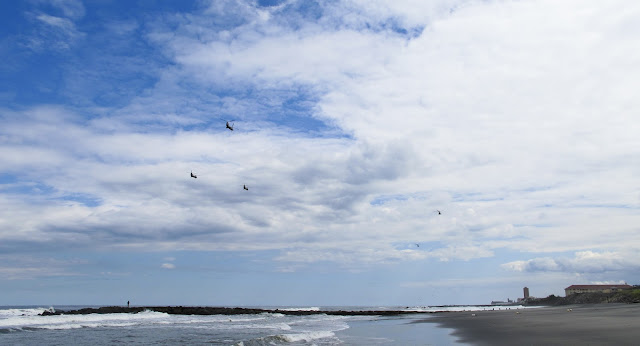 Posted by The Average Angler at 5:29 PM