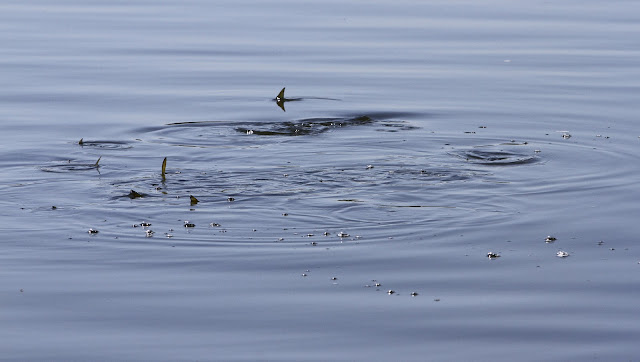 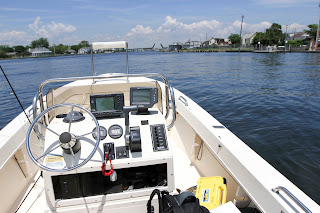 After getting the kids off to one of the few remaining school days of the year I launched the boat and spent the morning scouting out the Navesink and Shrewsbury Rivers. It was a beautiful morning and I got back in before the weather changed in the afternoon. I made some casts and had a fish on for a bit. I thought it was a bluefish but usually they don't miss, so maybe it was a striper. My favorite sight of the day was the pods of bunker happily swimming about, I never saw them nervous or with a care in the world. When I got home and cleaned the boat I realized I needed something from West Marine in Belmar. As I went down I checked my Facebook account and saw Capt Joe from Sykk Physh had caught a 200 pound mako while out tuna fishing. I posted back, " Can a brother get a slice?". And with that he walked through the door. He was looking for a tape measure and I happened to have one. I followed him back to the dock and made some images of his crew and himself with the mako which measured out to 79 inches and had a 44 inch girth. His buddy filleted it up and Joe slid me a bag of mako steaks for my picture taking efforts, which included a fall down the plank headfirst into the Suzuki 250. Guys couldn't believe I was okay, and hopefully it's not a slow brain bleed that will catch up to me later. 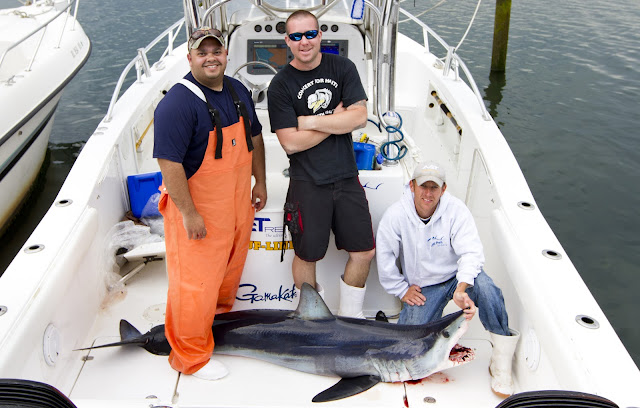 Posted by The Average Angler at 8:25 PM