So I've been betting that the first light bite will pick up and today it did. Had a nice SE wind with lots of swells and chop and bait in the water. Picked Long Branch to start off in and as soon as I got to the rocks bunker and shad were in pods swimming within a stones throw of the groins. I didn't see any fish on them and they moved quickly in and out around the rocks, almost mullet like. My buddy Rich fished to the north of me and caught a gator blue on metal. We had stripers, blues, bunker, shad and some tiny yound of the year fish that were getting smashed around by the shad. It wasn't an easy morning with the fly rod but it was good to be out fishing fishy looking water. 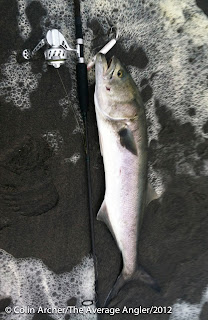 When I first came through Asbury Park before 5am there was no one out, but as the morning came the end of 8th Ave started to fill up. I decided to stop and found guys snagging and dropping bunker and catching some big stripers. Without sounding like a super catch and release only guy, I respect an anglers right to keep his catch. I believe the size and catch limits should be changed, especially with regard to the bigger females. But, it is what it is and it's not my fish and an angler can make their own decision. However, what does bother me, is seeing those big fish dead or left for dead in the stagnant pools of water or strewn on the rocks. Not that I don't understand why they are there, a guy hooks a fish, brings it in, gaffs it, and then bleeds it, and then continues fishing. But there is something that's either disturbing or gets me as a lack of respect for the fish....I really don't know what it is. It's kind of like my buddy a charter Captain who lines up the dead fish for the post trip pick....nothing wrong with it, legal, but just not for me. I made the top image of the guys waiting for the bunker to get close, pretty cool shot, then walked up on the groin and found the homicide scene below. Sorry, just my opinion. 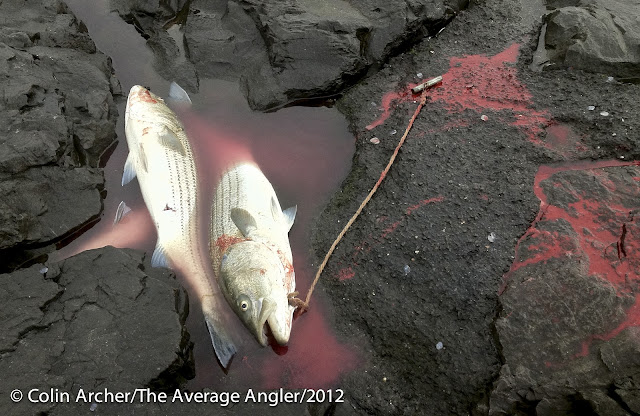 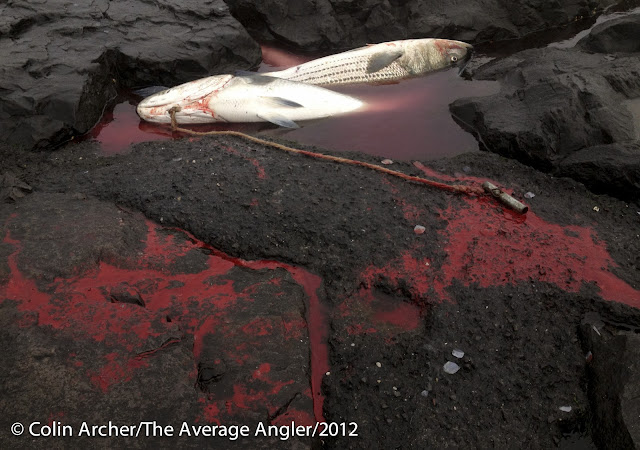 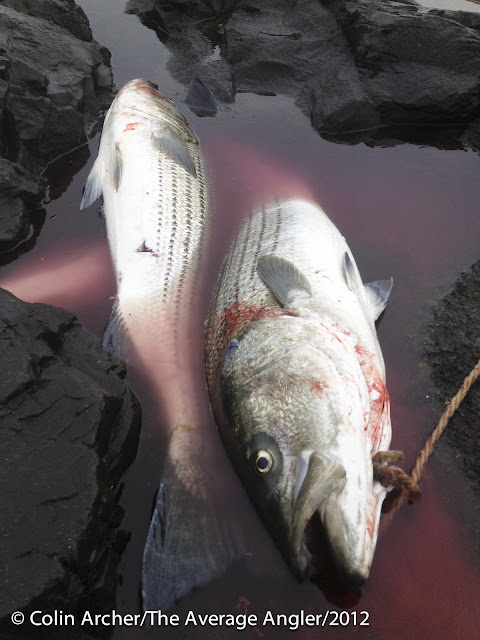 I decided to head back to where my buddy was fishing and caught slack low tide. I managed a nice fluke that I hoped was 17-1/2 inches, but came up short at 16, so back it went. 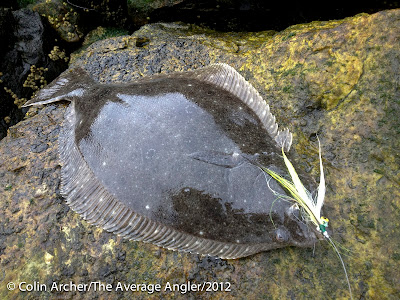 Later in the day I brought my boat back to Gateway Marine to have Rich troubleshoot the problem I had. He jumped right on it and found it to be a stuck siphon ball in the fuel tank. While there they swapped out a few old fuel lines and will detail the topside and I'll pick it up Friday.
Posted by The Average Angler at 7:05 PM