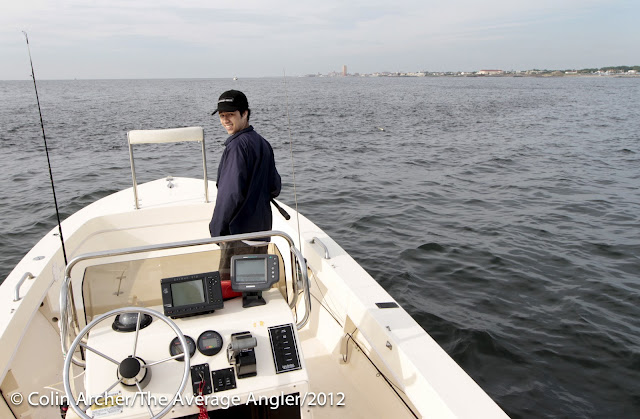 I somehow snickered my oldest son to join me a for mornings fishing. Yesterday was Hurricane Harbor with 5 kids, a day where I backed into a families Lexus, and I guess this was his way of giving back. We were up at 4 am and clearing the Hook at 530. There was some weather down near Asbury Park so we hung up near Gunnison and the 1,000,000,000 bunker that were there, and we drove through another few million in Sandy Hook Bay. I will get into this in another post, but, I am a fly fisherman. I don't have spin gear. So I brought along a neighbors salt rod from the 1970's and a nice $49 dollar set up I got at Sports Authority. So we're in the bunker pod and I go to crank the $49 rod and the reel is seized. Then I go to the old school rod. I put on our only snagging hook and we get a bunker. Ryan drifts it behind the pod and we hook up on a real nice fish, and snap off, at the knot.
Then we tried a Bomber to snag bunker, and lost that, and the know to the swivel. Then through through the morning we lost two more circle hook snagged bunker rigs, at the knot. Ryan got to take the wheel back in, and I told him to be a Captain you need 360 days on the water, and today was day one. I had a great time today with my son, I hope to rotate all my kids through or have them all out at once. 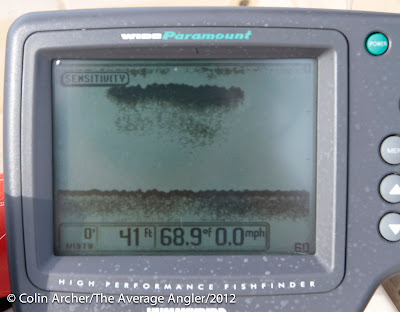 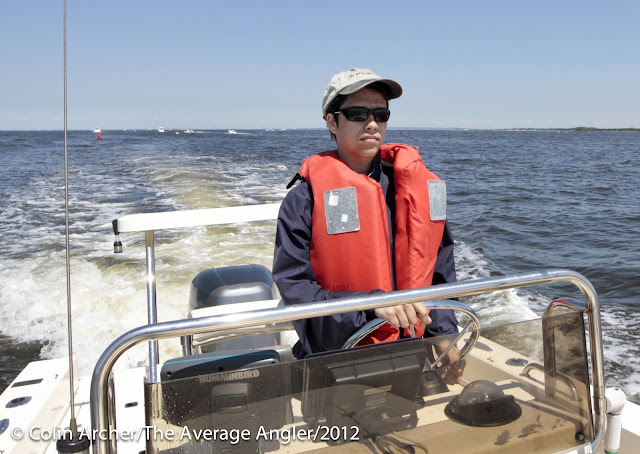 Posted by The Average Angler at 5:41 PM