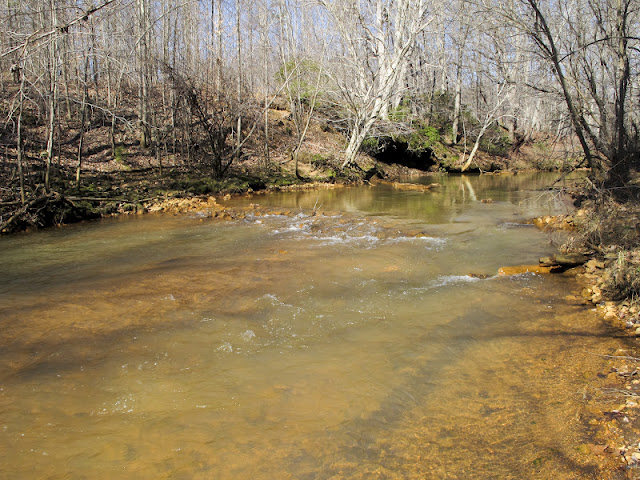 With a slow striper bite the last two nights and cold, rain, and snow in the forecast I decided to have fun for a little while. I decided to grab one fly and head the 10 miles over to the Manasquan River, my local stocked-put-and-take trout stream. When I can't get free and fish the Lackawanna in PA or the Upper Delaware in the winter I usually make a few trips to the water I started trout fishing on 30 years ago. I knew it wouldn't last long as the Manasquan isn't friendly to flies nor spinners or sinkers and hooks. 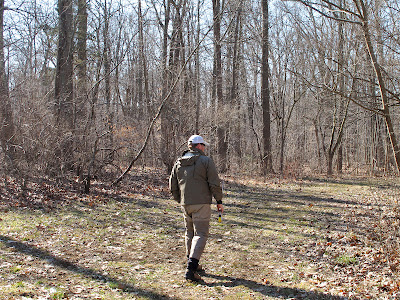 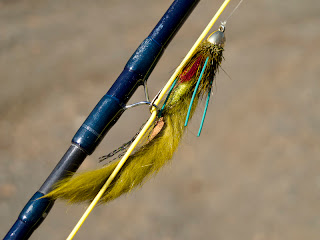 I made my way down to the water which was running low and clear for the Manasquan. On most days  it's normal color can be described like Yoo-Hoo. My fly of choice cone head olive streamer which moved well and down low in in the water. After a half a dozen casts I bought a strong and healthy fish to hand. This water is best fished from the banks because as soon as you step in the water it dirties up and travels downstream, taking several minutes to clear.
I made my way upstream and took a chance and entered the water a half a step at a time. I fished a run that usually produces and while on a slow retrieve in no-mans land I felt the streamer hit...a log. I tried to reverse casts out of it to no avail. In less than an hour my One Bug solo tournament was over. 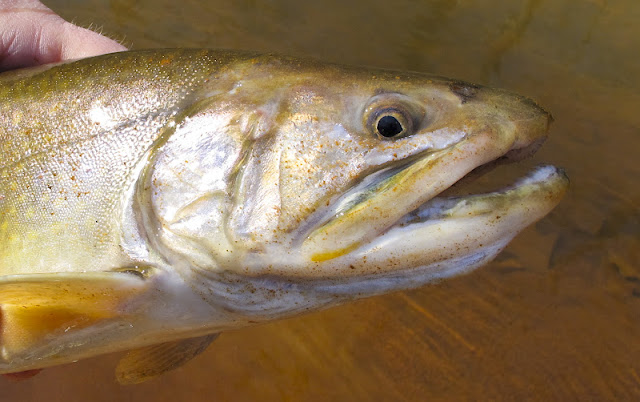 Posted by The Average Angler at 11:49 AM