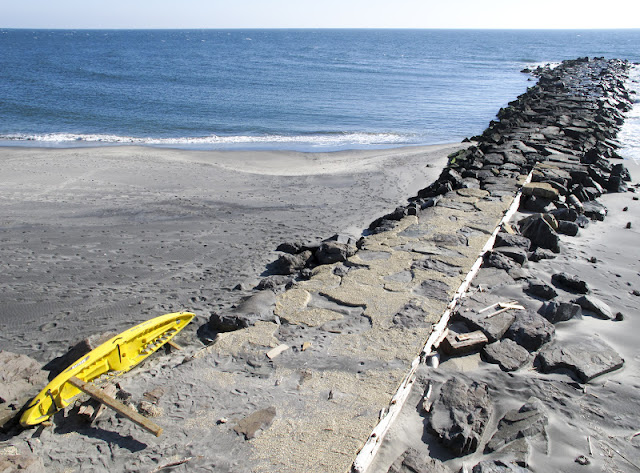 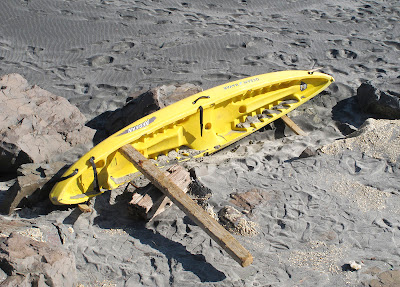 If you kayak, beach or fish the groins along northern Monmouth County regularly then you have seen this broken kayak laying at the foot of Marine Place for some time. I have seen it for so long that I have become accustomed to it seeing in when I stop by. This morning I went out to take a look at the water after having fished last night and drawing a blank. As I scanned the water I saw a few guys fishing, some gulls waiting and of course the bright yellow ocean kayak laying at the foot of the groin. But today I looked at it in a different way- How come no one has removed it from the beach? I'm not laying blame- but I might think that some one from the kayak community would take an interest in its removal. Now that's not to say that I can't remove it- and now that it's on my mind I might just do it myself- but when we are involved with something we kind of take ownership of it, and all things related to it. It could belong to one of the homes on the beach- either way- let's get rid of it!

What amazes me is how that kayak has survived in it's resting place. It gets moved around by water, wind and people- but it always remains. The below picture is from October 25, 2011- four months ago- and it has been there even longer. 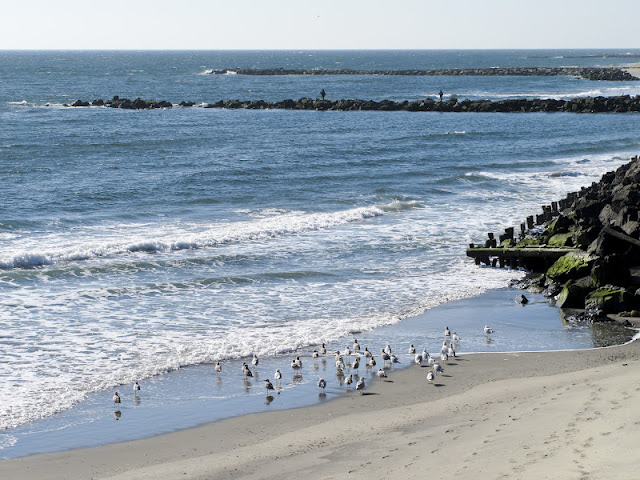 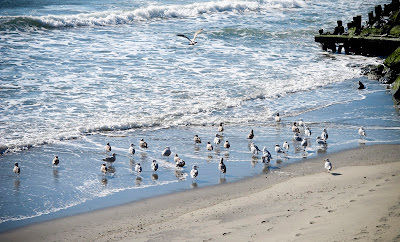 Posted by The Average Angler at 10:51 AM