02.06.12 Headed down south for some for some small pond pickerel fishing 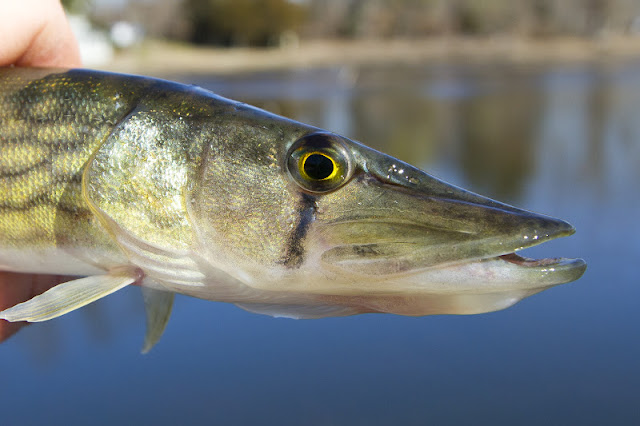 In the past few weeks I have read about anglers heading back out to their local ponds to fish for bass and pickerel. Hey, it's February and 50 degrees, why not? Nothing else is making sense weather wise this year so why not go fishing. Usually this time of year anglers are ice fishing and landing perch and pickerel through the holes in the ice. One angler I saw catching tons of fish was Frank. I met Frank on Facebook and have seen some of the ridiculous fish he and his kids have been catching down south. So, since he is my friend, although I never talked or spent time with him, I called him up and today and  took a ride, a long ride, down to south Jersey. 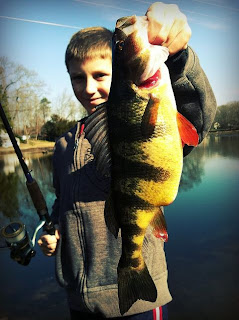 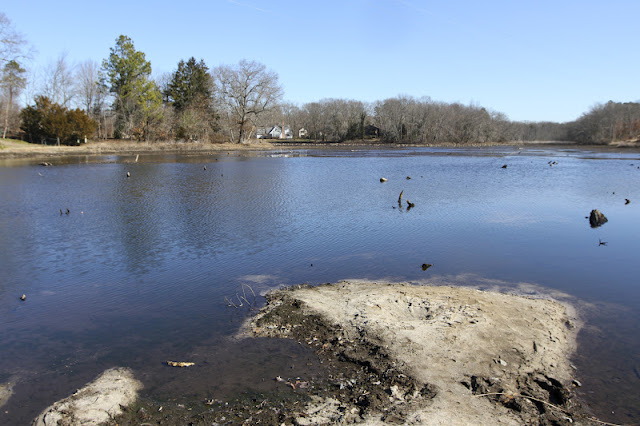 Vineland New Jersey is located in the center of the Bermuda, ie; New Jersey Triangle. It takes me about 2 hours to get there, longer then it takes to get to the State of Delaware. Anyway Frank took me to some of his honey holes and the fish were eager to strike once the shallows heated up a bit. I was throwing Whoolly Buggers the pickerel hit hard and wanted to swallow the flies on the first strike. I also caught a perch which was colored beautifully. There was plenty of wood in the skinny water and now several downed logs have feathers and hooks imbedded in them. 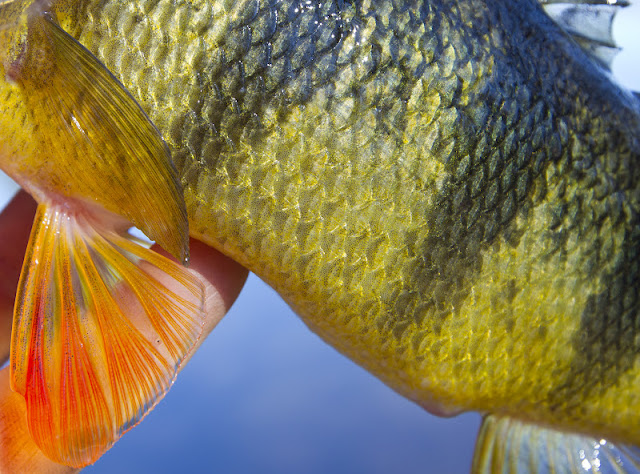 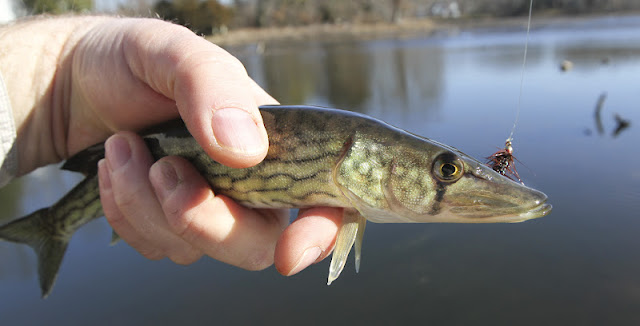 Frank was using minnows and did well being able to get out a little further and let the bait do the dance. He caught perch, largemouth, pickerel, and crappie. It was a nice change from stripers and trout and it brought me back to my younger days when me brother I would spend hours upon hours fishing small ponds around a vast and undeveloped Millstone, New Jersey. 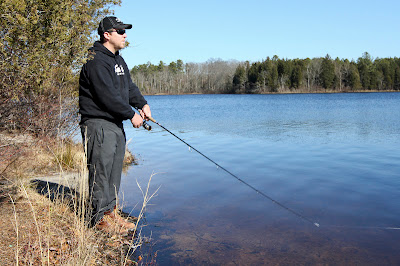 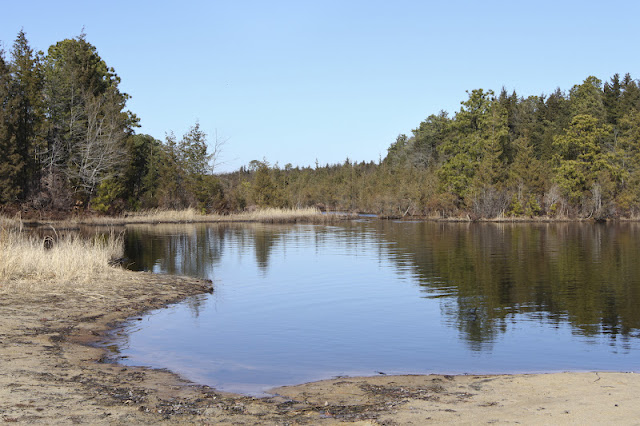 Posted by The Average Angler at 4:24 PM