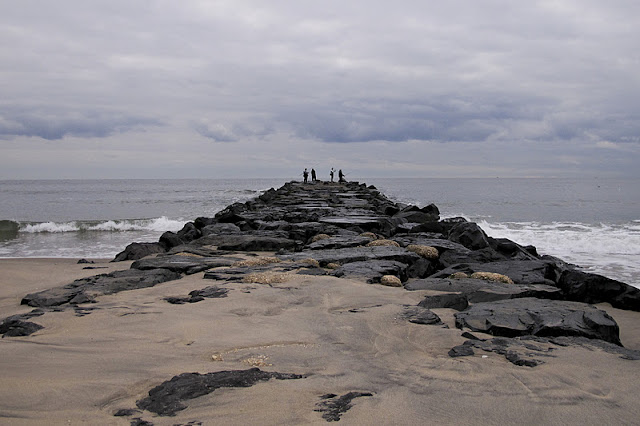 I thought this morning might be the start to the fall run. Jason Dapra of Blitzbound Charters said things are winding down in Montauk so we should see things pick up here. The water has cleared up from yesterday and it brought out a ton of anglers. I got to Avon at 530 and had to maneuver my way past others on the rocks to get to the end. The water was flat, almost an erie quiet. I fished from the beach to tip without a bump.
I dropped off the rocks and hit on a schoolie bass on a snake Fly in the wash on the second cast. I thought there might be more but there wasn't. Of the 25 or so anglers on the beach that was the only fish caught. I drove up to Asbury Park and talked with Gus who had two schoolies on Vison Eels at first light, and those were the only fish caught there.

Things can only get better, now it's a waiting game. My prediction. The first word of good fish will be out of Long Branch Tuesday morning. We'll see. 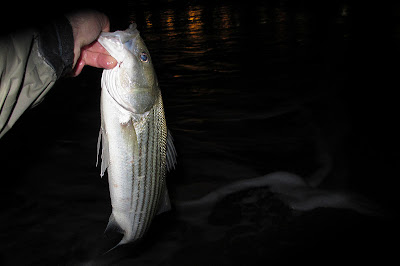 Posted by The Average Angler at 8:14 AM