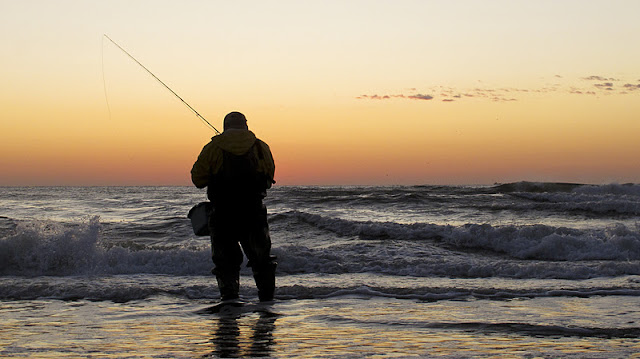 So there's three fly-fisherman towards the end of the groin in Avon. There is also an angler throwing a yellow Bomber with a white bucktail teaser on top. All four fish the same waters regularly. The fly-anglers then do their thing. I fished at the tip working a north side as the tide was incoming. I was throwing a large popper. I moved to the north side to talk with the other fly caster and Bob took the end spot. In a few casts he had a nice fish on. And of course, in front of the three from us, the striper hit the teaser! 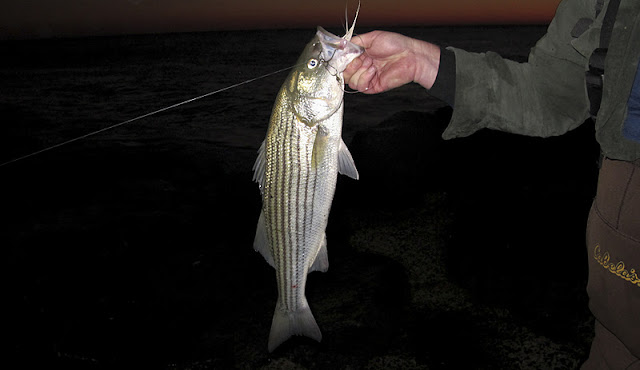 Posted by The Average Angler at 9:42 AM