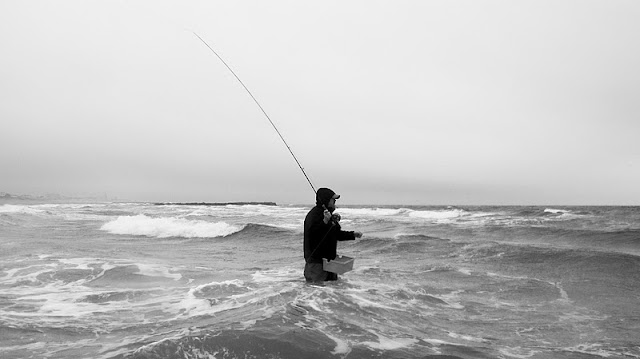 Today I fished with Rob who came down from Sussex County on his second attempt to catch a striped bass on a fly rod. Rob haunts his local bass ponds and everyone's favorite trout stream at one time or another, The Big Flatbrook. We got to Avon about 530 and had the whole place to ourselves. So either we were either going to look like geniuses or fools. We were catching the end of the outgoing just before low tide. We fished our way down to The Cove and Rob had a bump on a Clouser in the wash and I picked up a short on a Snake Fly working off the rocks. We then moved around and fished the jetty near the inlet where Rob nailed a sundial on a Jiggy. We saw mullet, hickory shad or herring jumping out of the water several times. We moved in with a Snake Fly with no takes. 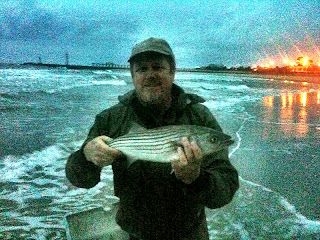 From the iPhone
We went back where we started and worked the rocks from the beach during slack tide and picked up another sundial on a Clouser. Luckily the rain held out while we were out there and the gusty E winds only lasted for the last bit of the trip. Rob said he's definitely in for another go when the stripers decide to stop by. Sounds like the first wave of big fish has made a pit stop off the Barnegat Inlet waters. I have read solid reports of big blues and bass being caught on bunker that was snagged, cut, and dropped. 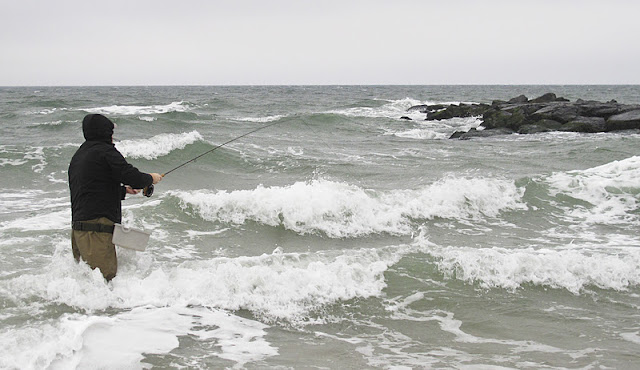 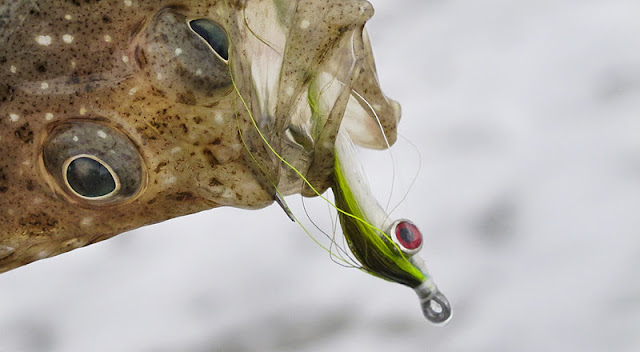 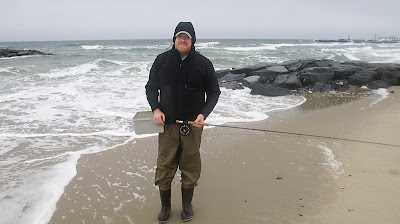 Posted by The Average Angler at 10:33 AM