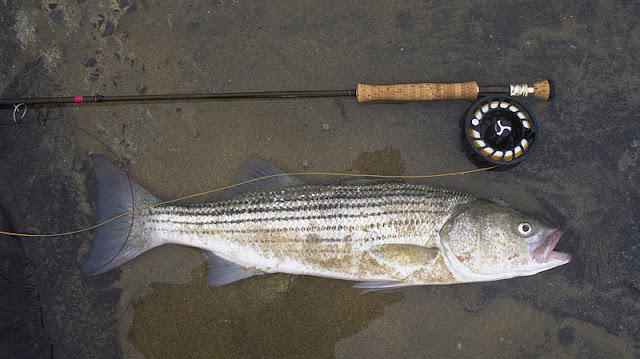 Okay that's not my fish, but I knew today would be good and fishy. We still had the East wind here but it's supposed to go SE to S later today. Waves were kickin' with swells to 4 feet. I love this weather and fishing this kind of water is my favorite. I love inching my way out on the outgoing and having waves break in my stripping basket. 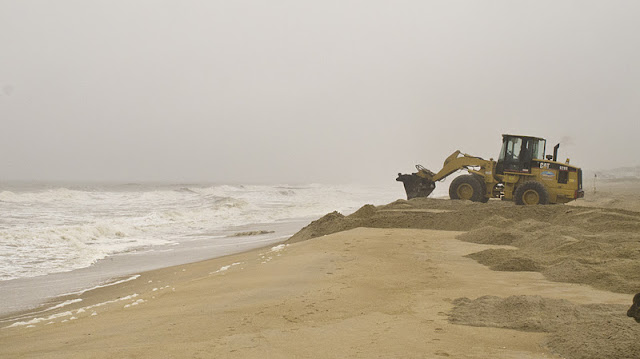 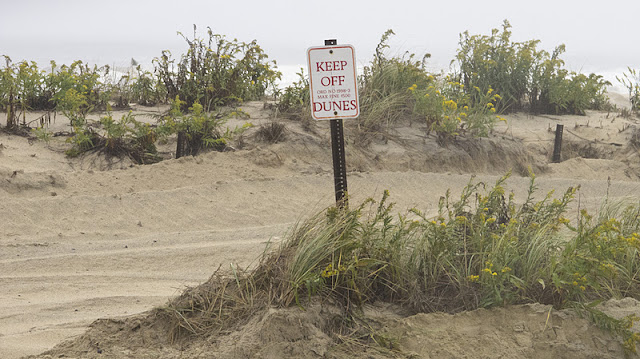 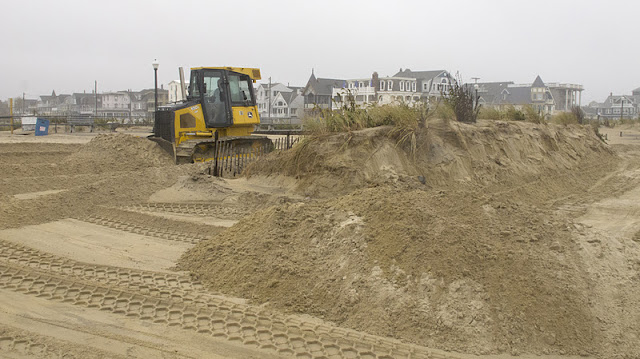 Started the day in Ocean Grove where I found two dozers doing their own beach replenishment. I just saw something similar on the West Branch of the Ausable in Ausable Forks. I see this before each storm and wonder if the towns have to pull a permit to redistribute the sand around the beach, and, cut into the dunes which are clearly posted. It was a little early for the outgoing in The Grove so I moved north to Asbury. 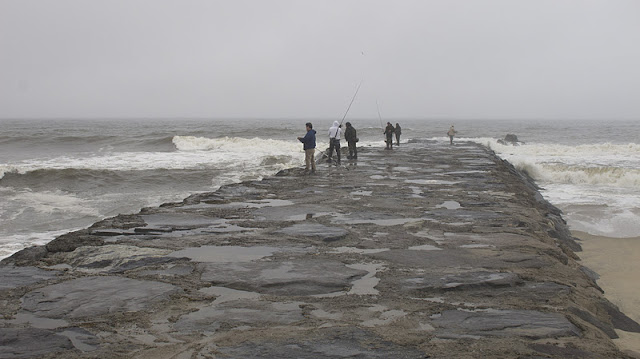 Asbury looked the same but the north side of the rocks always fishes good to me. There was a few guys out on the end of the groin casting white Shads and Bombers. I worked the beach well, and it got better as the tide ebbed more. The waves were tough as the were breaking just about where I thought the fish were. I decided to head up to the rocks that way I could cover the water behind the waves. I looked up for a few minutes and watched one guy catch a keeper and a short. Then another two shorts and another keeper. He was the hot hand today, 5 fish in less then an hour. And the nice part was, nobody moved an inch from their spot as he hooked up, and hooked up, and hooked up. The picture above is one of his keepers that just cleared 28".  I only saw one other short caught.

I stayed with the sinking line and Clouser and went big to small without a bump. It was a nice afternoon and good to see bass coming up the rocks, and then back into the water.

Posted by The Average Angler at 1:45 PM