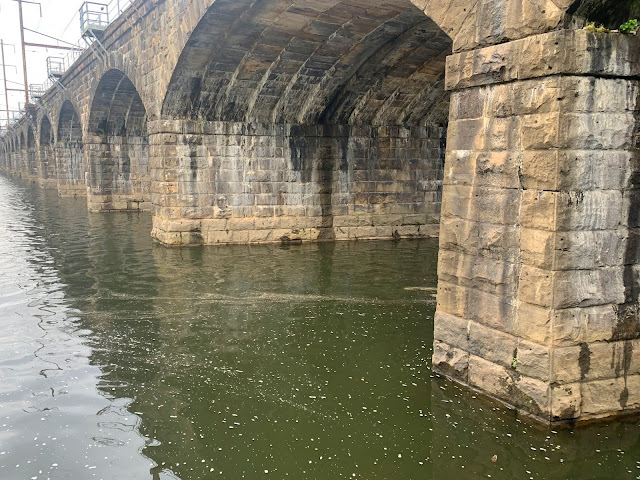 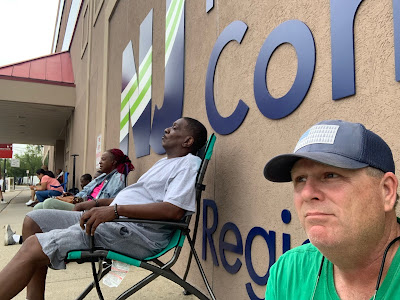 Heading south to Florida today as my mom purchased a condo to begin her new life as a Sunbird, splitting her time between New Jersey and Florida. Not looking to the 18 hour drive, hopefully it goes well. Had to make a stop at the NJ DMV in Trenton to get my license off the suspension list. Some snafu between the car dealership and the insurance company had me flagged and then suspended. Luckily it went quickly and I won't get locked up in some podunk town down south for driving without a license. 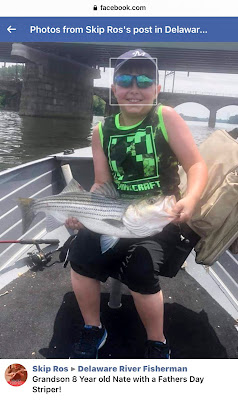 So this cool Father's Day post on Facebook with a happy 8 year old with a nice striper he caught on my home stretch. The fish are still there, I've seen them, and some of them are really nice fly rod fish. 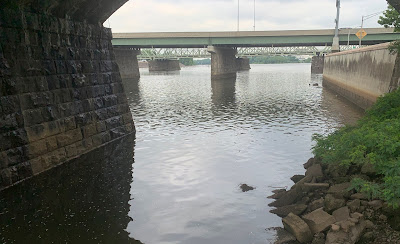 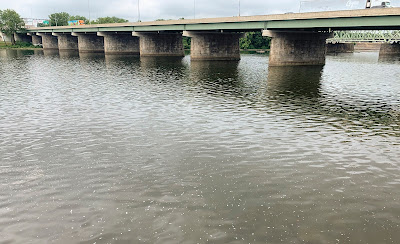 I put on my new Runcl waders and threw some poppers and a small Hollow Fleye without a tap. I tracked it in the water and its lack-of-life confirmed why a Closer is so effective, able too be jigged to attract a bite. So I'll be in Florida till Saturday and then back on the beach at O-dark-thirty early 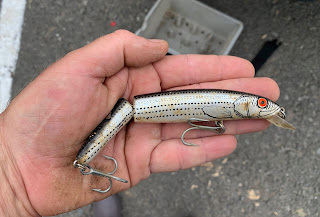 Sunday morning. So far so good, I know one time, out with the new waders. Thinking about adding some felt and some studs to the bottoms for the rocks and groins. One thing, there's not much stability in the feet, not anything like my flat Herman Munster Simms waders which I like, and need to get repaired, or custom order a new pair. Well worth the $$$, but these may be a nice alternative for the summer as I'm not a wet wader like the other guys. 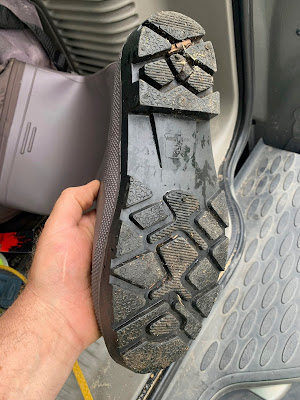 Posted by The Average Angler at 11:34 AM