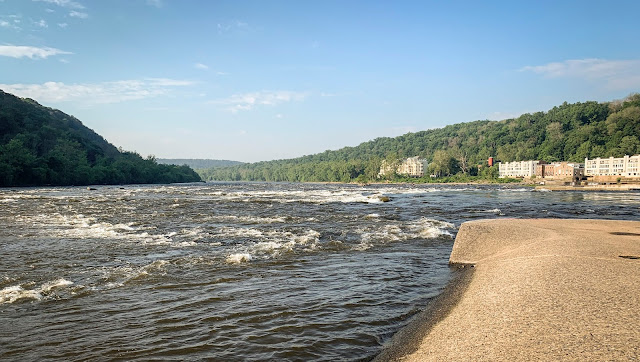 Gave it a go a little later than I wanted to. Should have been there a little after 5am, didn't get there till 715. Someone was already there and had caught up a bunch in all the good lies. On my way out I found a bumper in the woods. Is that a sign to get the boat out and hit the big bass out front? Yep, soon. 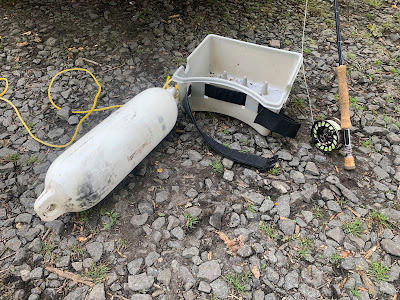 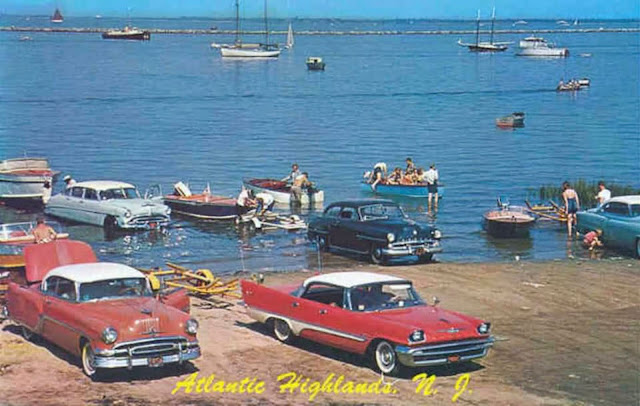 Speaking of boats. People have asked why I "missed" the Raritan Bay beatdown this spring. Well, some think its because of my ramp mishap last fall, and I think it might part of it, but mostly I wanted to concentrate fully on the Delaware River, which I did pretty hardcore from the third week of March until the first week of June. I saw the above postcard on Facebook, and can only imagine how well I would have done launching my boat back in the day. Look at those cars! And look at the pitch of the old ramp in Atlantic Highlands.

The ramp there now will be closed June 10 for 1-2 weeks due to emergency repairs, so after that we'll be launching trying to get in on some big bass on big flies.

Posted by The Average Angler at 4:57 PM