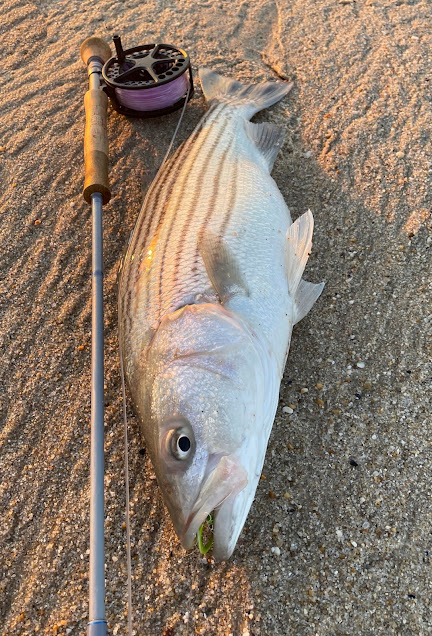 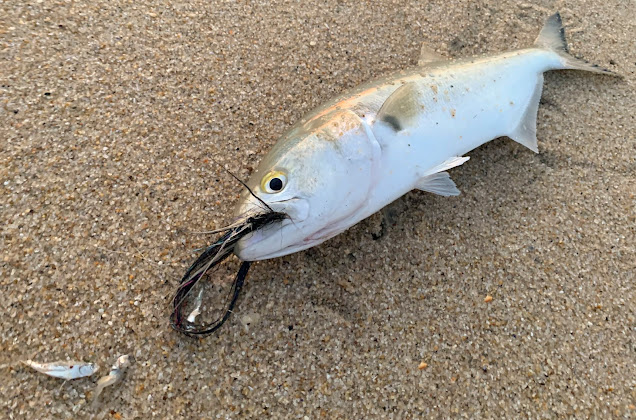 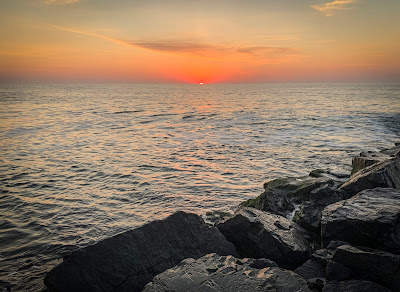 Started just as false light hit and the incoming tide was coming to an end. Had a black popper/dropper setup in the early light but could only manage the above bluefish that ate the nice trailing fly that is now shredded and in need of surgery to repair. It did cough up some micro baits it must have been chasing around the trough. I made my way out on the and continued with the popper without any takers. We were treated to a humpback whale and its calf eating bunker not far off the beach. The bunker may have come in a little south of where I was, but if it happened it was only short lived. 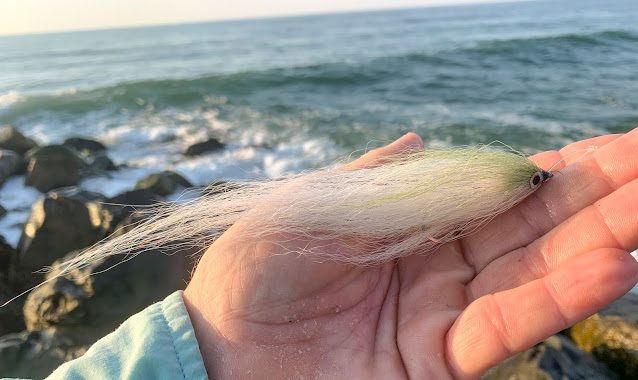 I tried a bigger bunker fly as Leif moved into the pocket where he had a Pick 6 on his UAF. I felt like Brad Pitt in A River Runs Through It "What are they biting on"....and I knew and he gave me one to use off the rocks. I had a bite but missed the hook set and then moved onto the beach 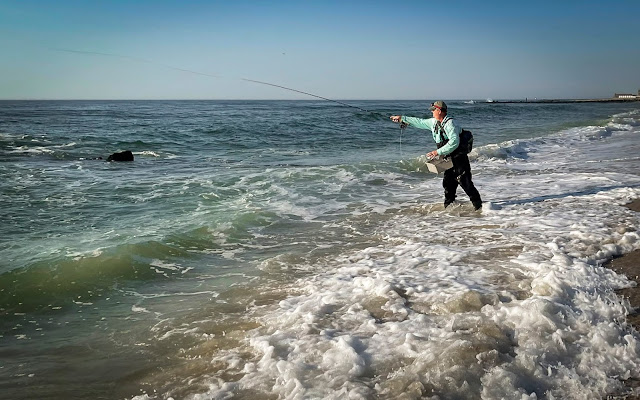 and worked that stretch with more of the same result, nada. So I made my first official drive of shame to start the summer Jersey Shore season, left home at 330 AM and headed back at 830 AM, with only the fly wrecking bluefish to show for it.
Posted by The Average Angler at 10:03 AM