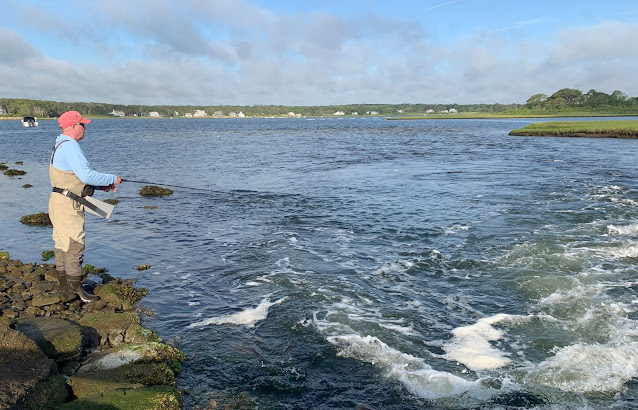 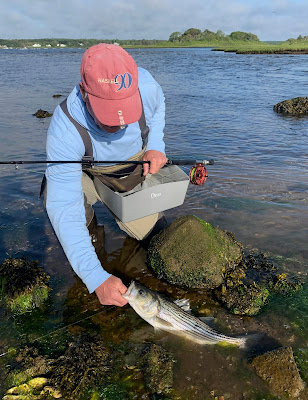 On the last at the Vineyard we decided to get up early, well kind of early, and hit the end of the outgoing tide. We stopped at a pond outflow and caught a few that were picking on the bait as it emptied from the pond. Nice water, almost no wind, at least in the early AM, and some fish that were hungry. 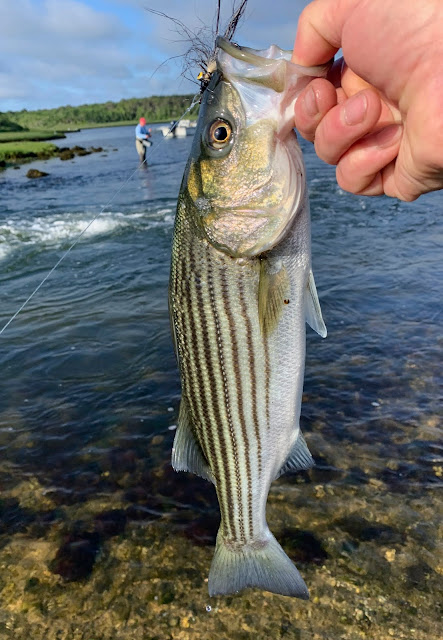 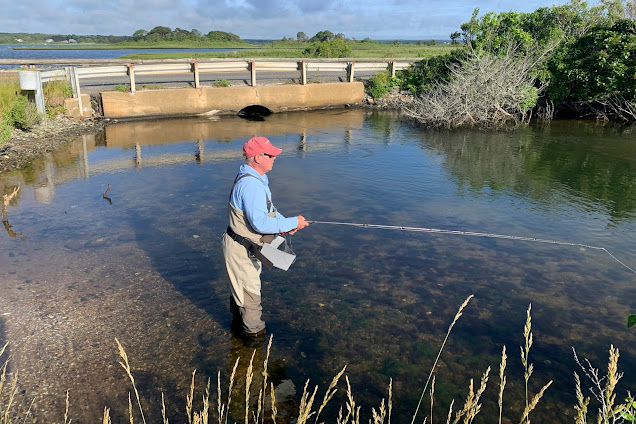 Pond outflows are interesting. Some times it just a large pipe that channels the water down to a bigger pond to out into the ocean. We fished one of each, ending the day into the night with one that empties "out front". The fish were busting way out at the end of the outgoing, and as the force lessened the fish came in closer, and by the time we left they were almost inside the large outflow pipe. The pipes are best, at least we found, on the end of the outgoing tides, if there is enough water on the down flow side. 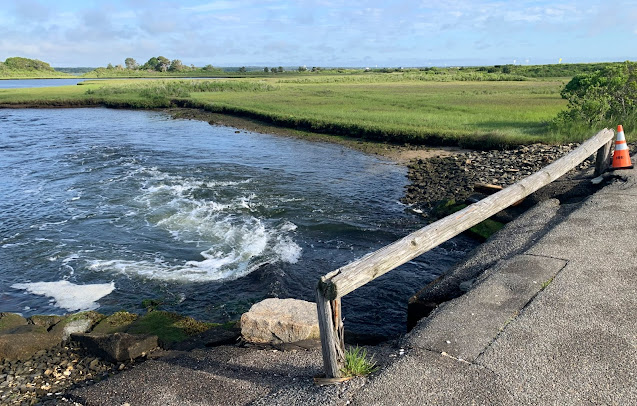 We there jumped to a bridge and Leif found some fish bugging the bank as the water emptied. He would go on to stay around that pond for most of the day, picking at fish he could see if the wave action from the killer south wind died down. 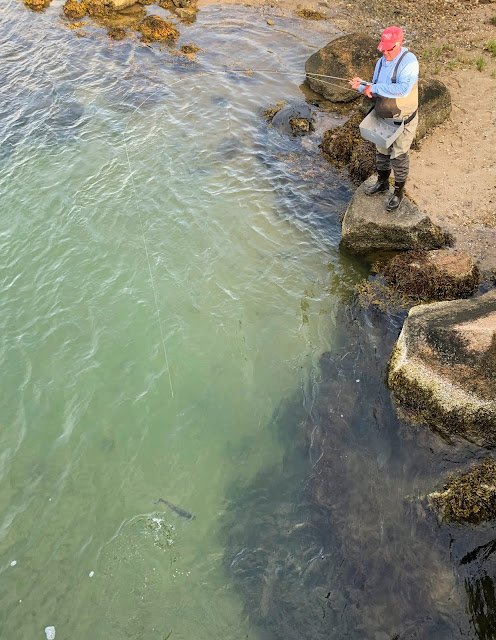 Theresa and I went to Red Beach. I ditched the car at Lobsterville and took a bike down to the parking lot since we didn't have a parking permit. I saw lots of small bait swimming just as the top of the tide started to ebb. This was Theresa's day to fish, and at first it was good, we saw fish and the wind wasn't bad. But then the south wind jet turbine turned on. Below Theresa showed her-once-a year backcast form. After some tweaking she was able to get her beginner form back and the 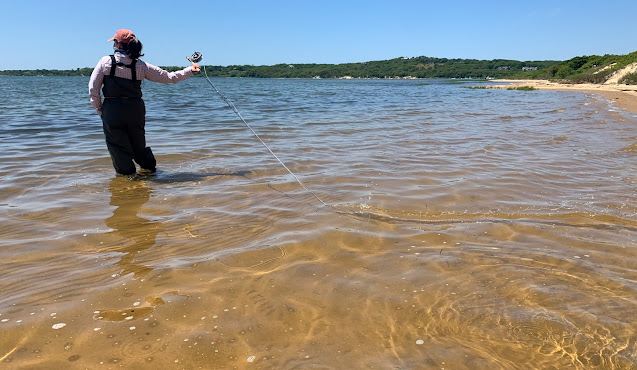 casting got better. We didn't have any shots at fish and I realized I had made the wrong call, to Monday morning quarterback it. I should have went to Dogfish and maybe even the dreaded Lobsterville beach because it was protected from the south wind. We did have a nice 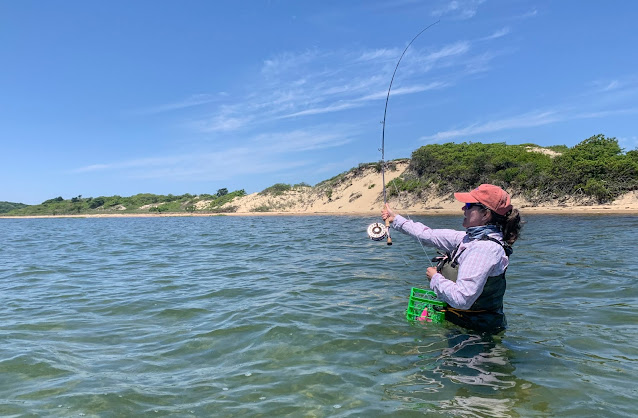 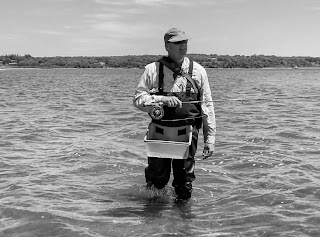 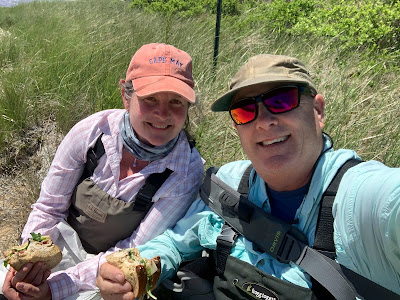 lunch on the beach as we watched the white capped waves crest and run up the beach. And then there's the Frogg Togg waders, well, let's just say I spent most of the day slogging around inside 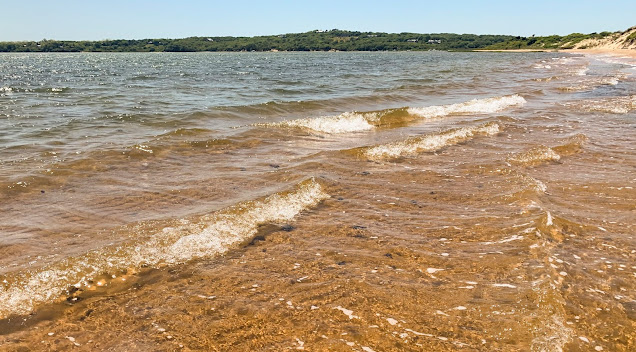 of them. Both feet were loaded with water, so I am thinking my wet crotch means they are leaning up high. Let's see how customer service handles this. Remember, I paid a premium as I decided to "shop local", spending way more than the big bit 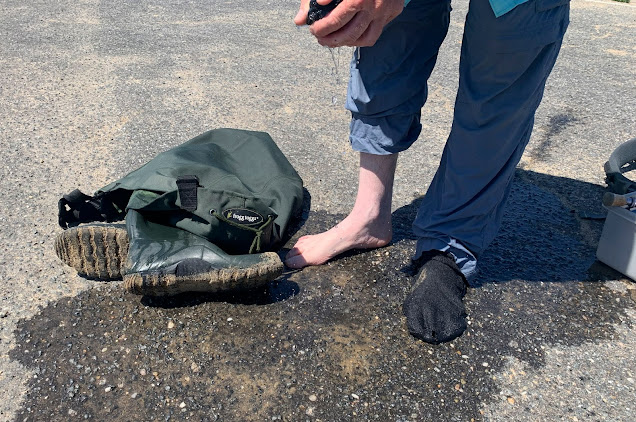 Leif caught a bunch today and his photography skills are getting much better. Different looks, different angles, better than the vertical shots we have learned to love. Below is a good one. 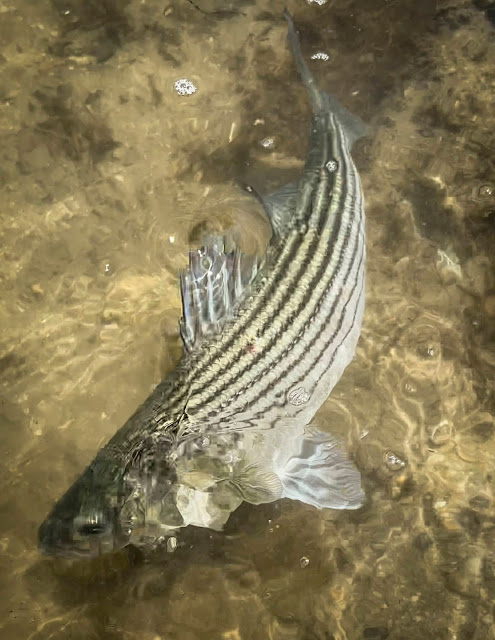 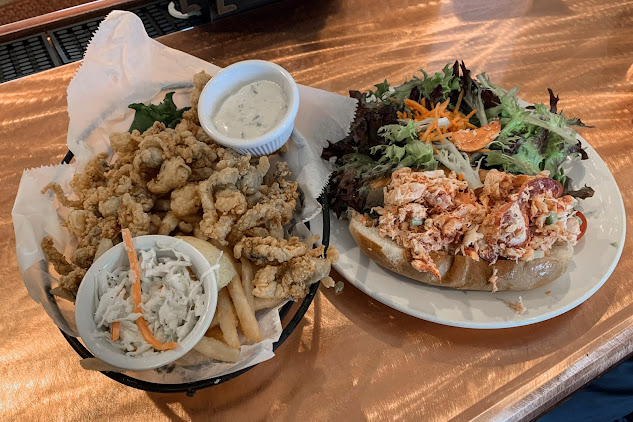 We had lunch at The Seafood Shanty and ate full clam bellies and a lobster roll with a couple of beers before giving the pond outflow a shot. There was too much water and the south honking wind of the day had pushed most of everything that floated into the mouth of the pipe. 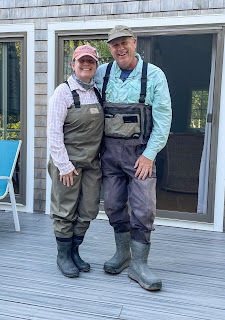 A tip of the hat to my wife Theresa. No really. It was a fishing trip, and she let me fish, early, during the day, and in the dark. She is a trooper. It was nice to share the trip with Leif and Judy, both there first time to the island. After nearly a week of early mornings and late nights, and 10,000 casts, along with a bunch of cocktails and good food, we were exhausted by days end. Put another Martha's Vineyard trip in the books. We'll be back again next year for sure. 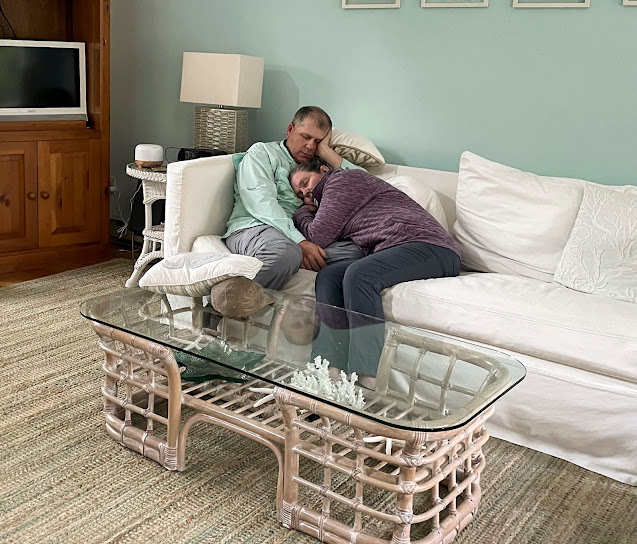 Posted by The Average Angler at 10:41 PM