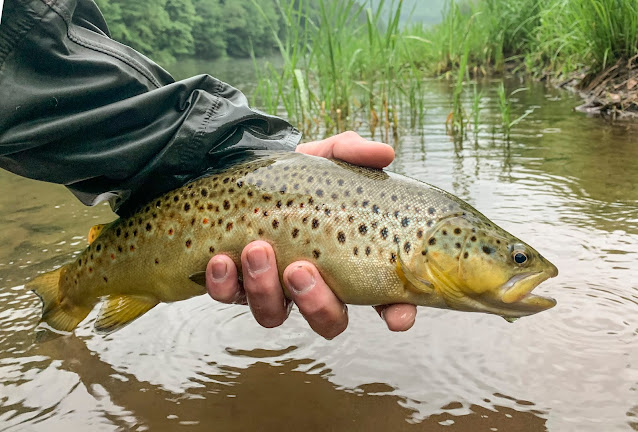 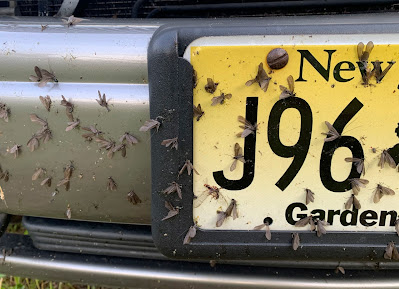 "I like big bugs and I cannot lie".....if you like Green Drakes, coffin Flies, and March Browns this was the week to be up on the Upper Delaware. As I made my way up Route 17 my truck was deluged by bugs every time I neared and passed over water. Now, it depends where you were on. what given day and time. That's just the way it is. Mainstem could be slow, while the East Branch good and the West Branch on fire, or vice versa or all partially true depending on when it goes off, it if goes off. 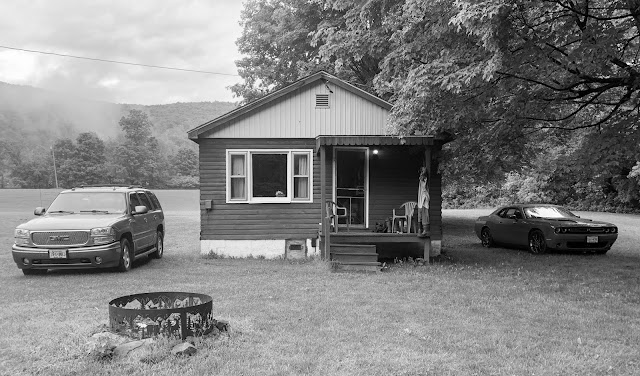 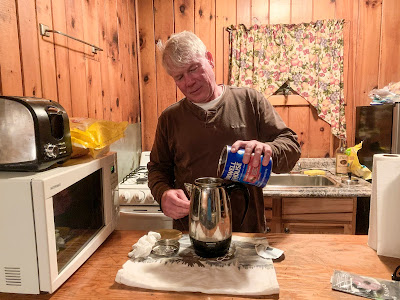 Leif was the host and always is a great guy to fish and hang with. The picture above his him loading up the old coffee percolator, which he used to use when he and his father used to come up and stay at The Buckhorn Lodge some 40 plus years ago. I saw a bunch of good guys up there, Jason Dapra, Jason Taylor, Scott Styker and of course my wife's favorite Andrew Hamilton, 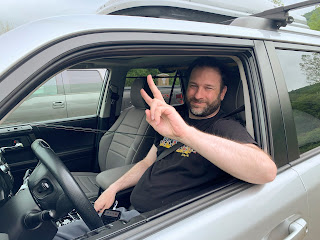 the Orvis Philly store manager and a an all around fantastic fly, and spin, fisherman. He's the best guy I have ever photographed and a few pics of him may be in John Fields upcoming book, something along the line of Big Bass on Big Flies. 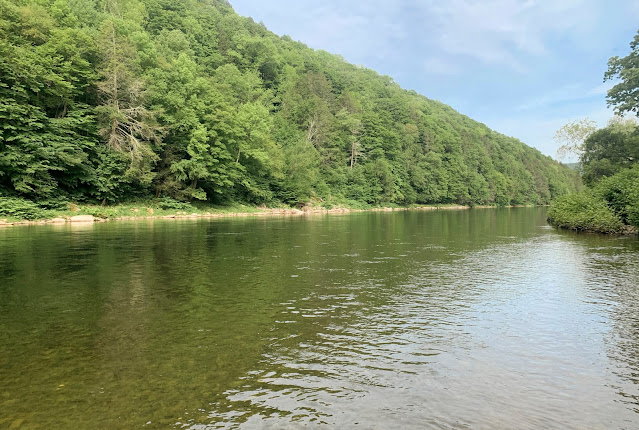 We hit every river in the Delaware. West Branch from Deposit down, Mainstem just below Junction Pool, and spent most time on the East Branch. We found bugs, rising fish, but couldn't get the ones eating in a rhythm. It seems like the rises were here, there, over there, and then right next to you. It made it hard to work a fish, rather, you just had to pound a spot and hope. 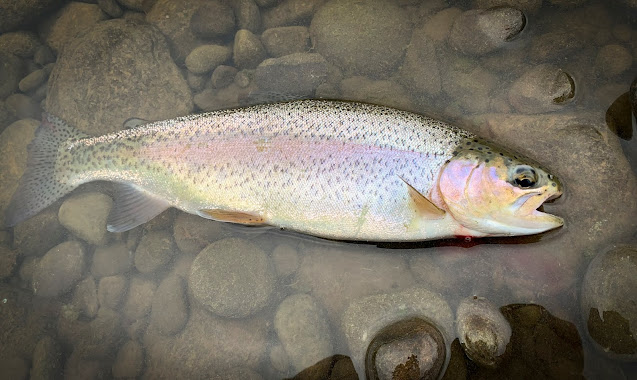 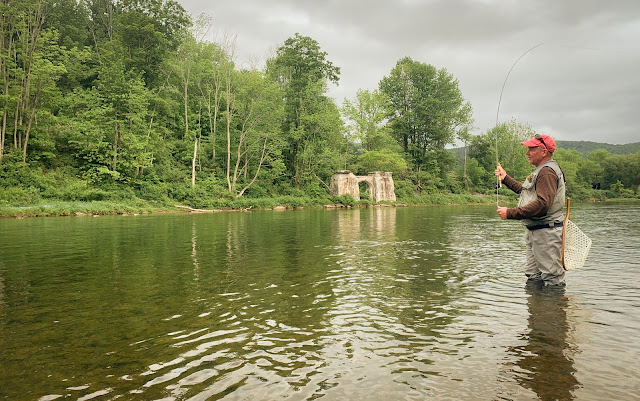 Leif was the high hand for the days we were there. Smaller fish than he's used to but nice ones none the less. His new iPhone 12 whatever is helping him take some really nice photos. As always vertical views are his favorite. The next three were photoed after he caught them. 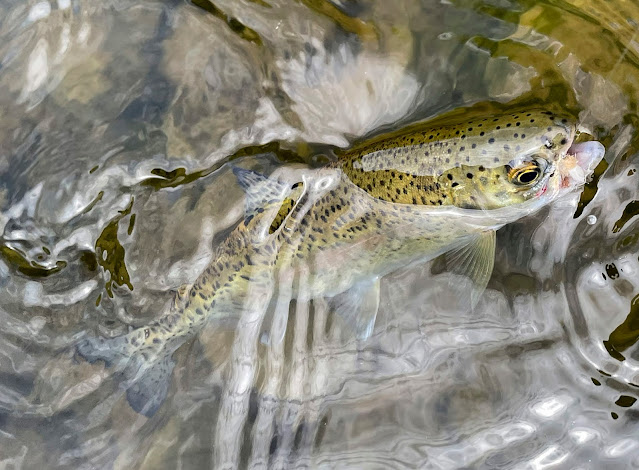 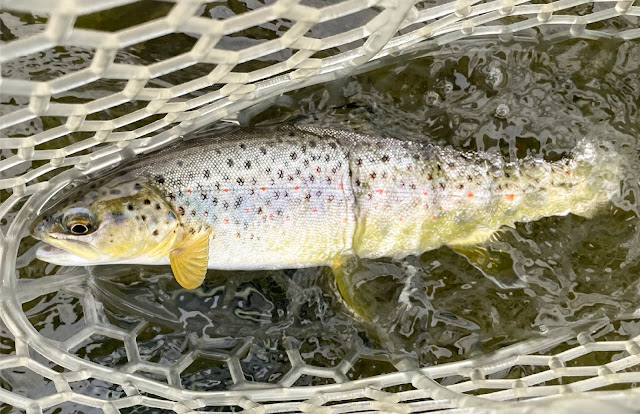 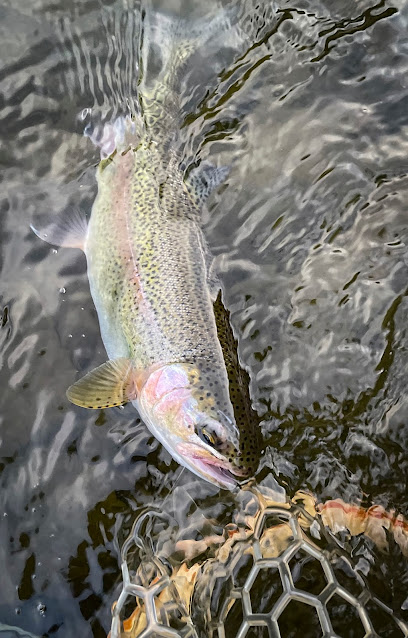 Now I may not have looked like the cool kids up there. I had on non-breathable PVC/rubber waders and carried, yep, a stepping basket. Nearly 30 years I'm fishing up there and never used one, well streamer fishing in a drift boat in really big water, but I loved it. Downstream line management so easy especially for longer casts to spooky fish in the skinny water. 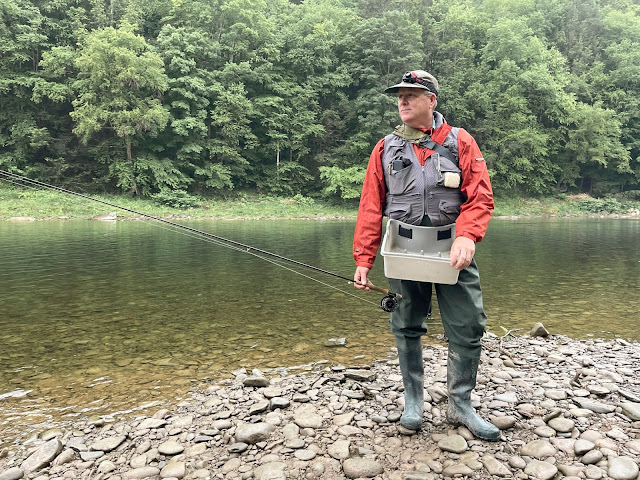 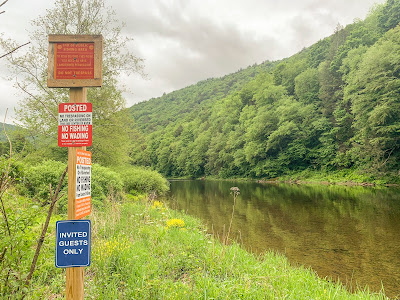 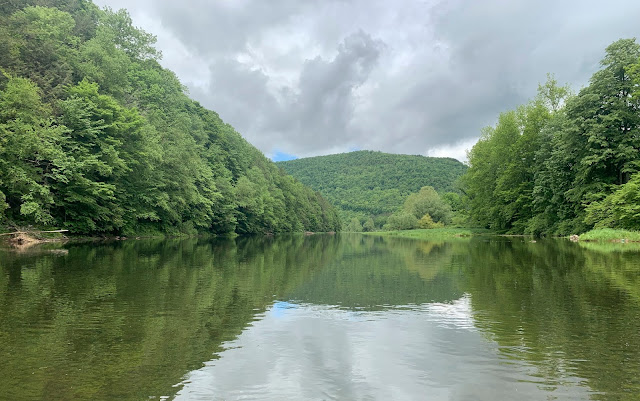 Leif had the place till Friday morning and after loading up he was gone. I stuck around and fished Methodist and Long Flat with Andrew through the afternoon. Drakes were up, 'But not like yesterday", and a check with J.T. let me know the hatches never started in the evening and there was no spinner fall.
I concentrated on the tail out, nice trout in super skinny water that just wouldn't commit no matter what I there at them. It left me frustrated, but also remembering what I love the most about the Delaware, the frustration of it, the failure, and that's what keeps me going back.
Posted by The Average Angler at 8:57 PM