01.28.14 A great "Tie for Pie" night with the Atlantic Saltwater Flyrodders 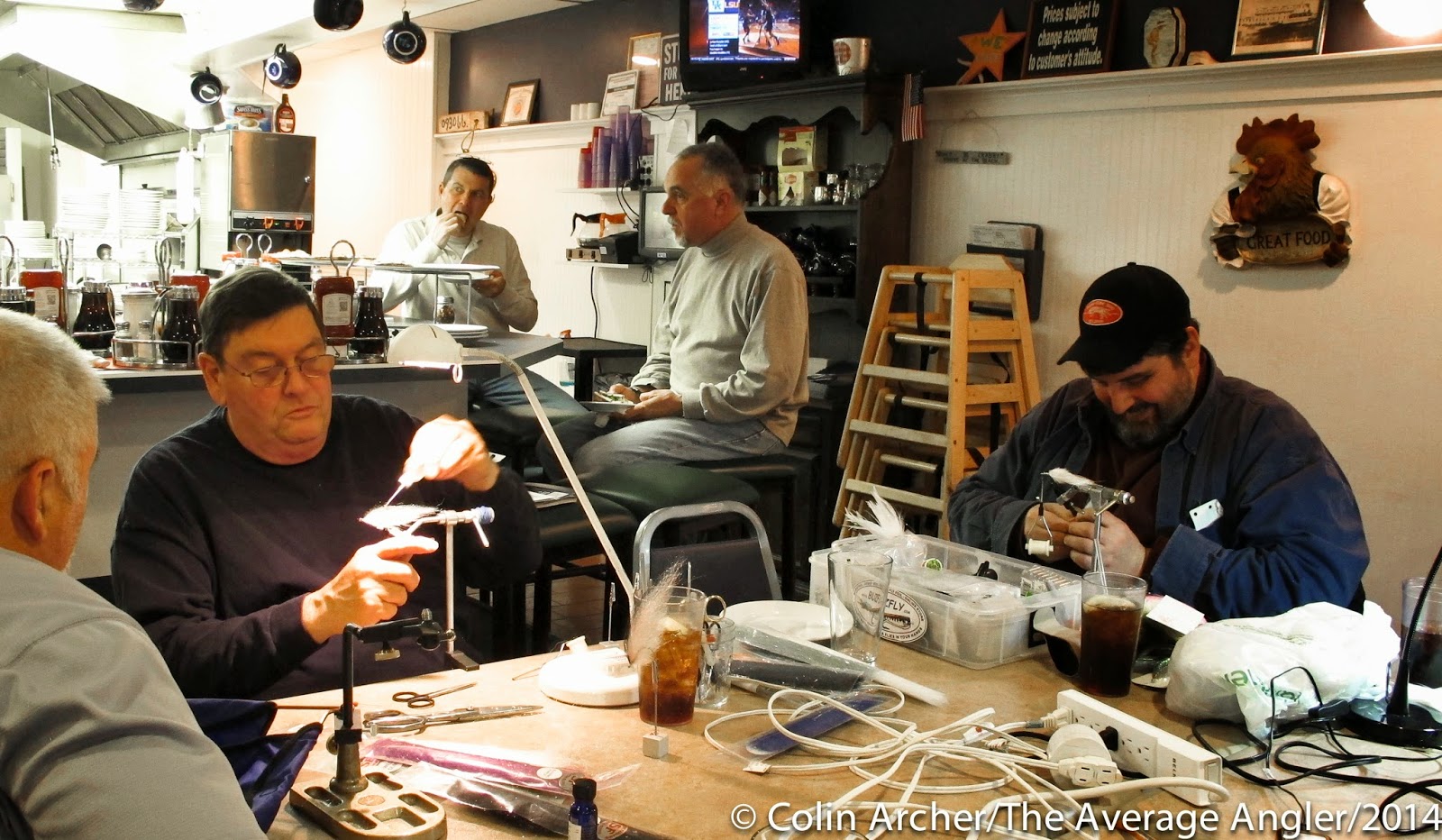 Well tonight we got in some fly tying before the snow started to fall in Ocean County. It was "Tie for White Pie" night held by the Atlantic Saltwater Flyrodders at the Next Door Cafe in Seaside Heights, (It's right next door to Klee's).
We had a little over a dozen new and old members come out and set up a vice and tie. There were plenty of helping hands around like Steve Farrar who in the top picture is lending a helping hand to someone tying with the SF Blend. The tying nights are open to all and I encourage you to check out our club, or a club in your area, most fly fishing clubs have tying nights throughout the year. 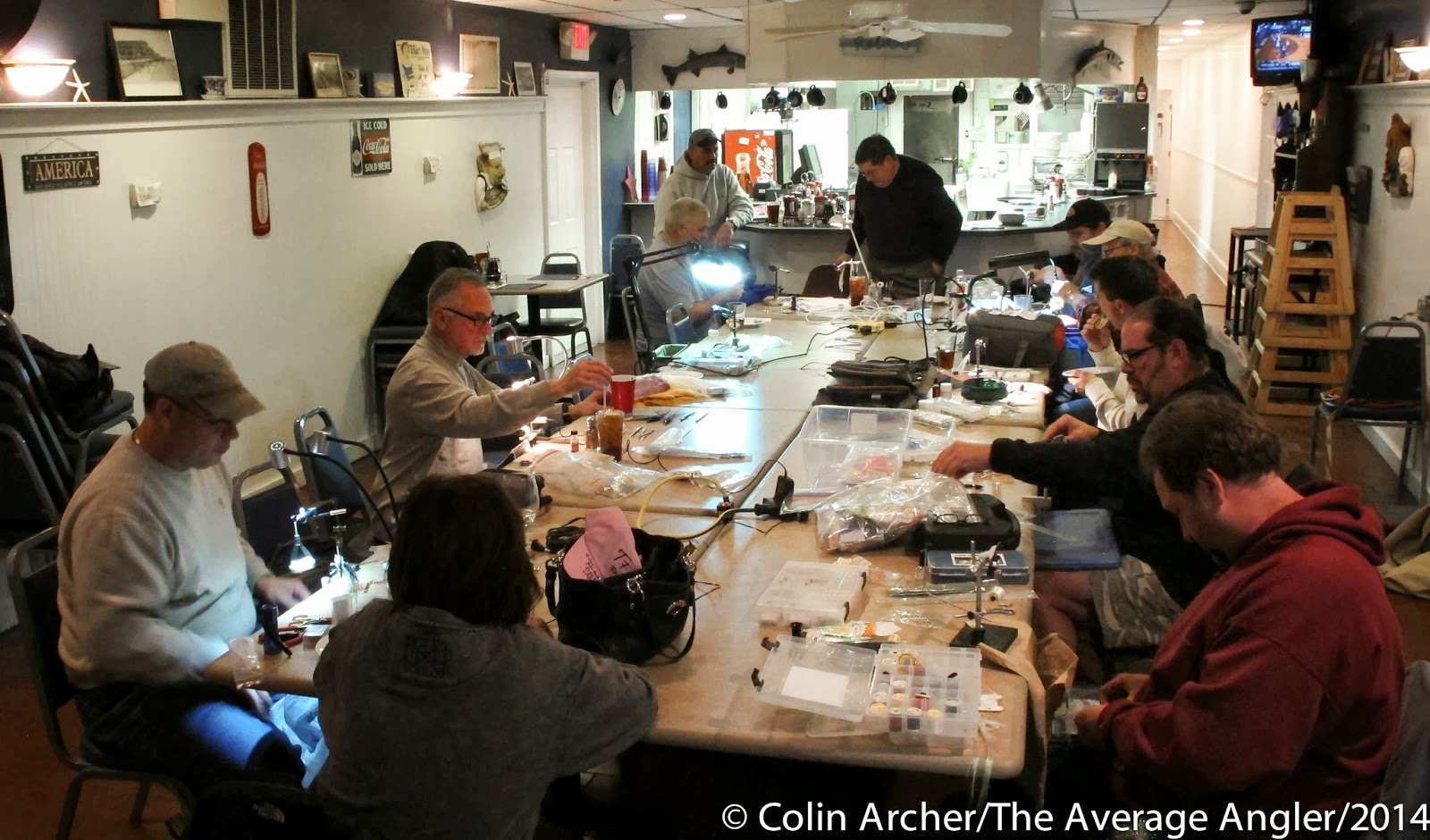 After watching Captain Bill Murphy tie up his "Loop Fly" at the Fly Fishing Show I figured I'd give it a go. He ties his in two minutes, me, my first took like twenty. As with any other pattern it takes time to get in down. Gerry Fabiano did a little Edward Szizzorhands work on the fly and next time he said I should make longer loops in the back and make it a little fuller so it can be tapered and shaped. I think this pattern tied on a size 1 hook will be great for albies in the fall. Just hoping they show this year so I can give these a go at them. Oh wait, my kid sister just moved to East Hampton......I'll get them in Montauk....roadtrip!!! 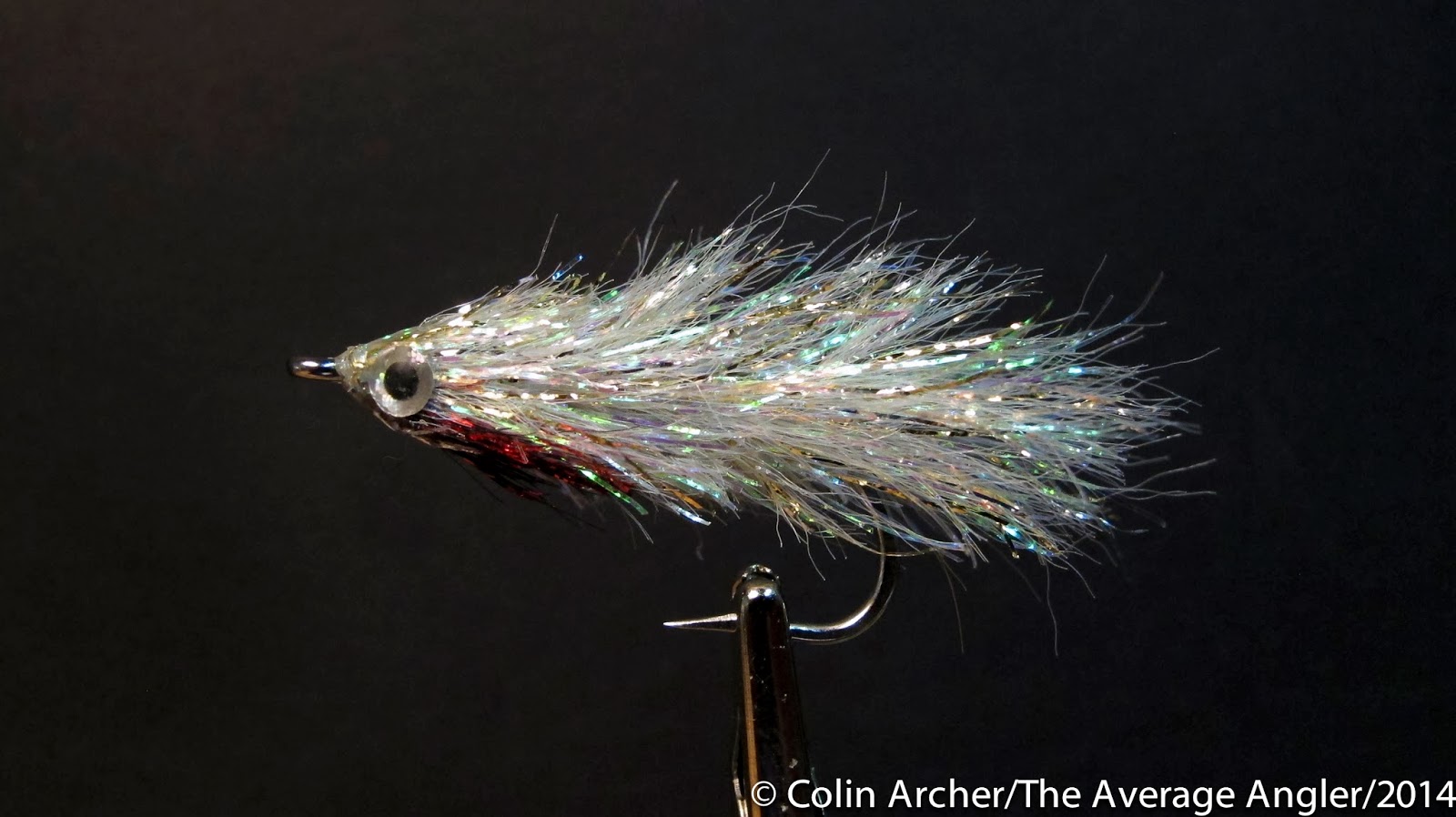 Posted by The Average Angler at 10:02 PM