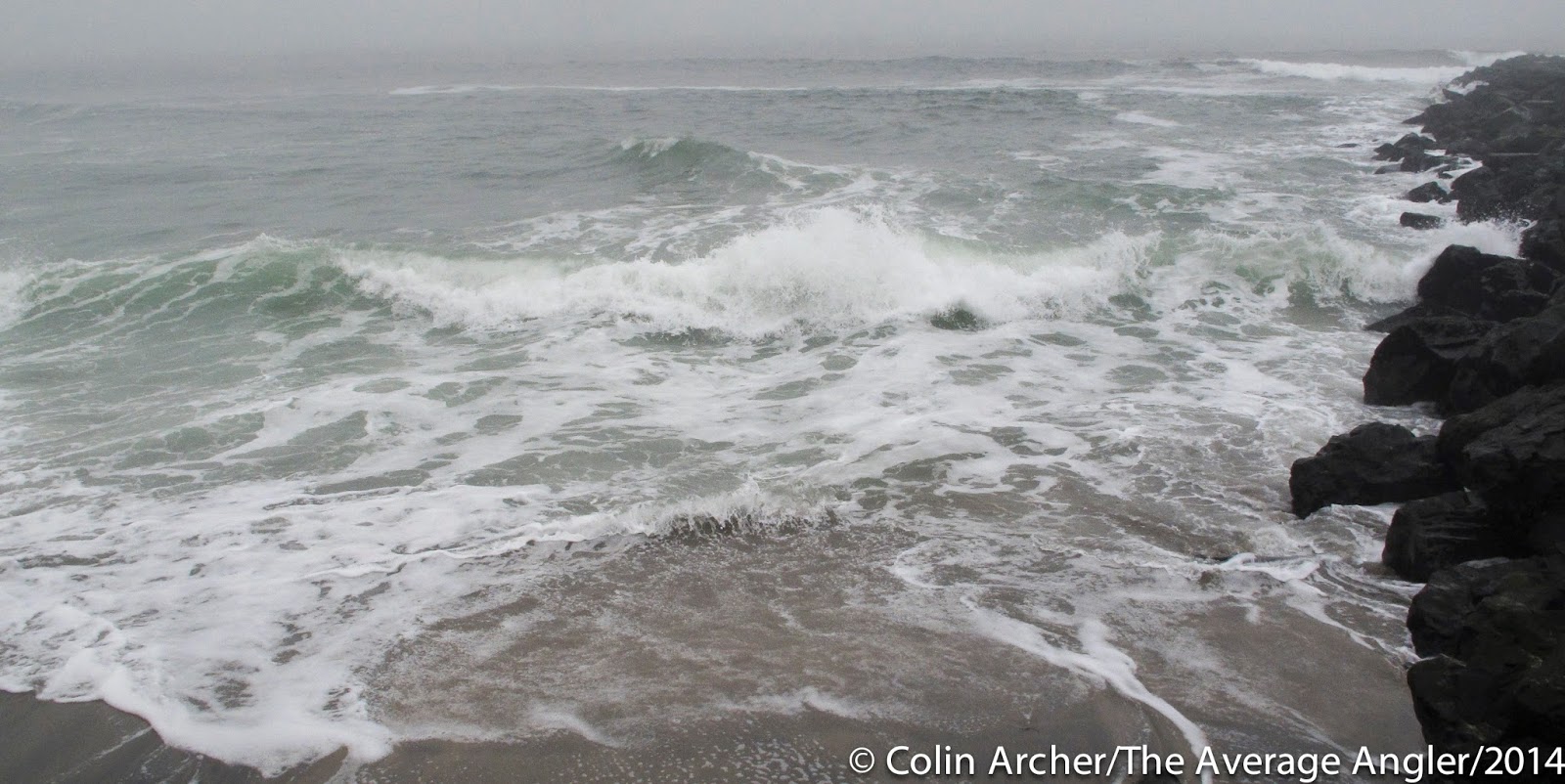 Woke up this morning on the 28th floor of the Borgata. The image below was what it looked like looking over towards the Golden Nugget and the Atlantic City marina. The fog blanketed much of 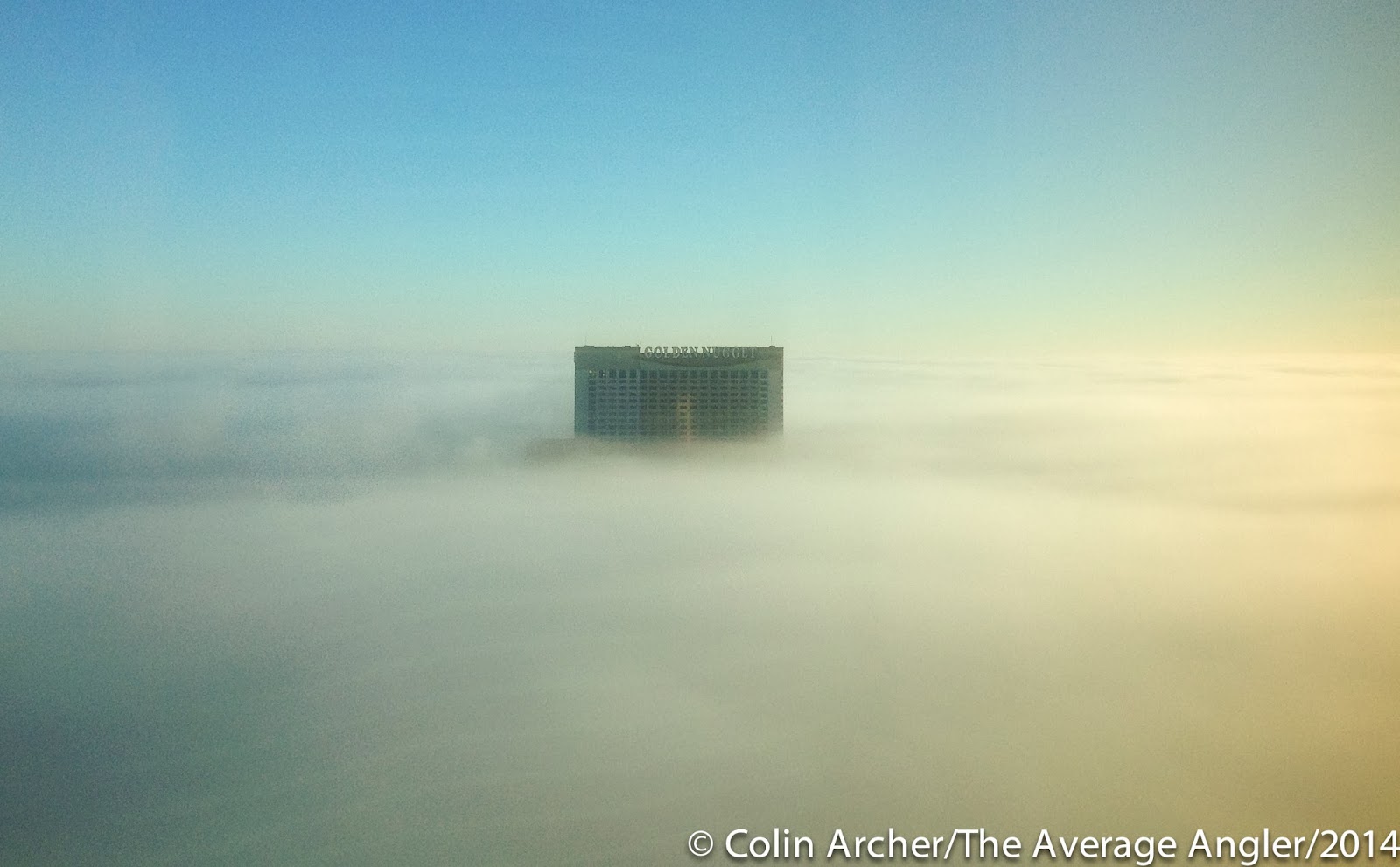 the tri-state area this morning and it was still around when I got home midday. I decided to hit the beach and see what if anything was going on. The fog was still around and it looked eerily spooky out on the rocks.
The tide had just started to flood and I made my way out as close to the front as possible. Had a real strong current to work with and I thought that was going to be great. Low water, lots of moving water, trying to fish out front........line management 101, and 201 and 301! During one of my retrieves I noticed my line was coming out of my stripping basket as I put it in. I watched as the line traveled under the rock I was standing on and knew it wasn't going to go well, and it didn't. I tried like hell to get the line free but in the end the mussels won the tug of war and the line broke. I tied it up and kept fishing for a while with a bump. The water looked great, nice and clean and green with lots of white water, but it is still running just over 40 degrees.

All in all, as always, nice to get out and wet a line, even if it got cut while out on the rocks. Time to place an order with Orvis.
Posted by The Average Angler at 4:35 PM