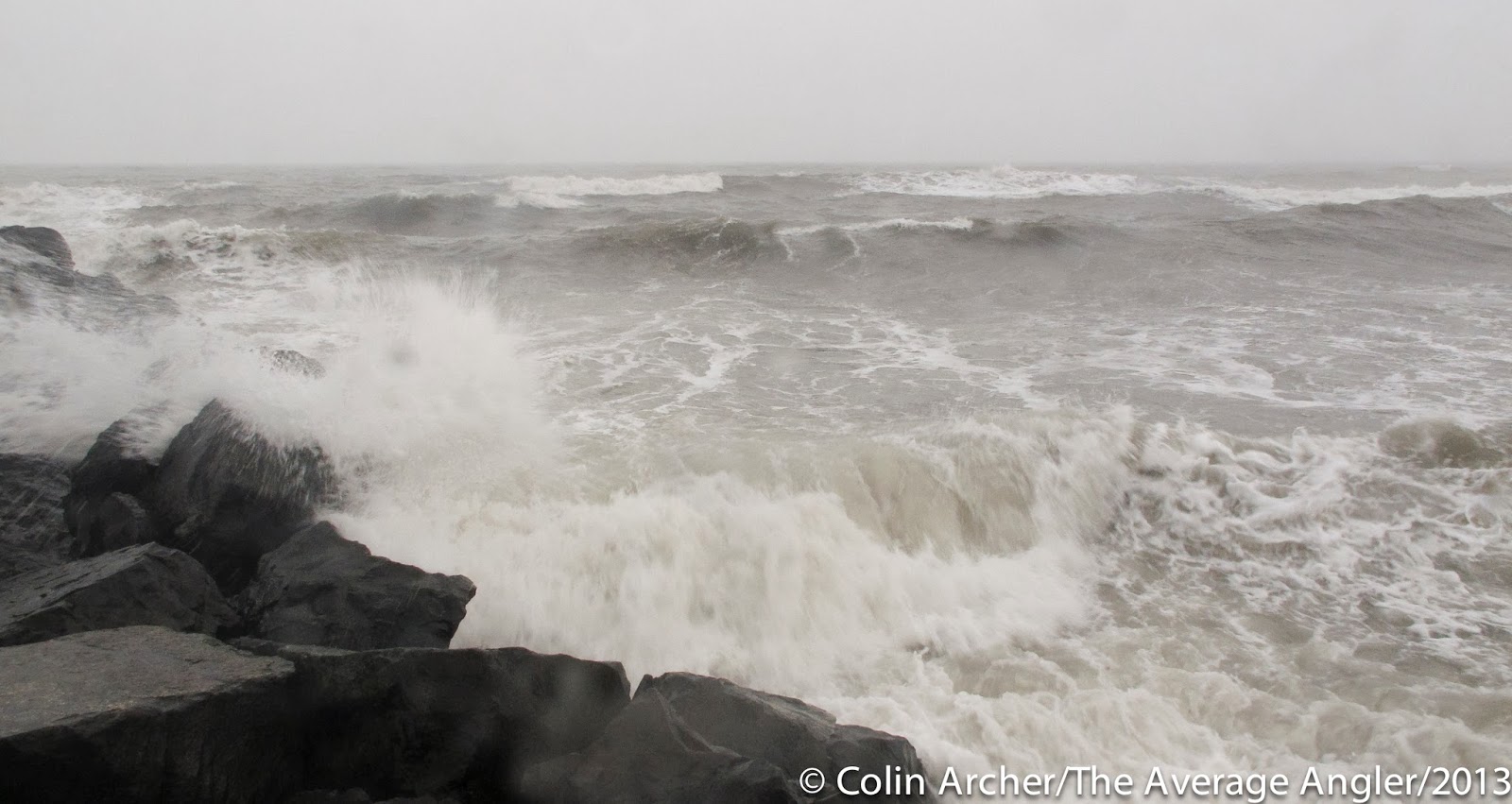 After getting blanked yesterday, and since the new year rolled in, I went home and tried to come up with a new plan. After finding an adult bunker on the beach I wondered if bigger flies might just be the ticket. Then I thought about my friend Jimmy, Bucktail Jimmy, as he is known. Not only is he just a great striper fisherman but he is dialed in when it comes to using a bucktail. Yesterday was no exception as he landed a trio of bass on his 3/4 ounce white bucktail. I jumped on the internet and went 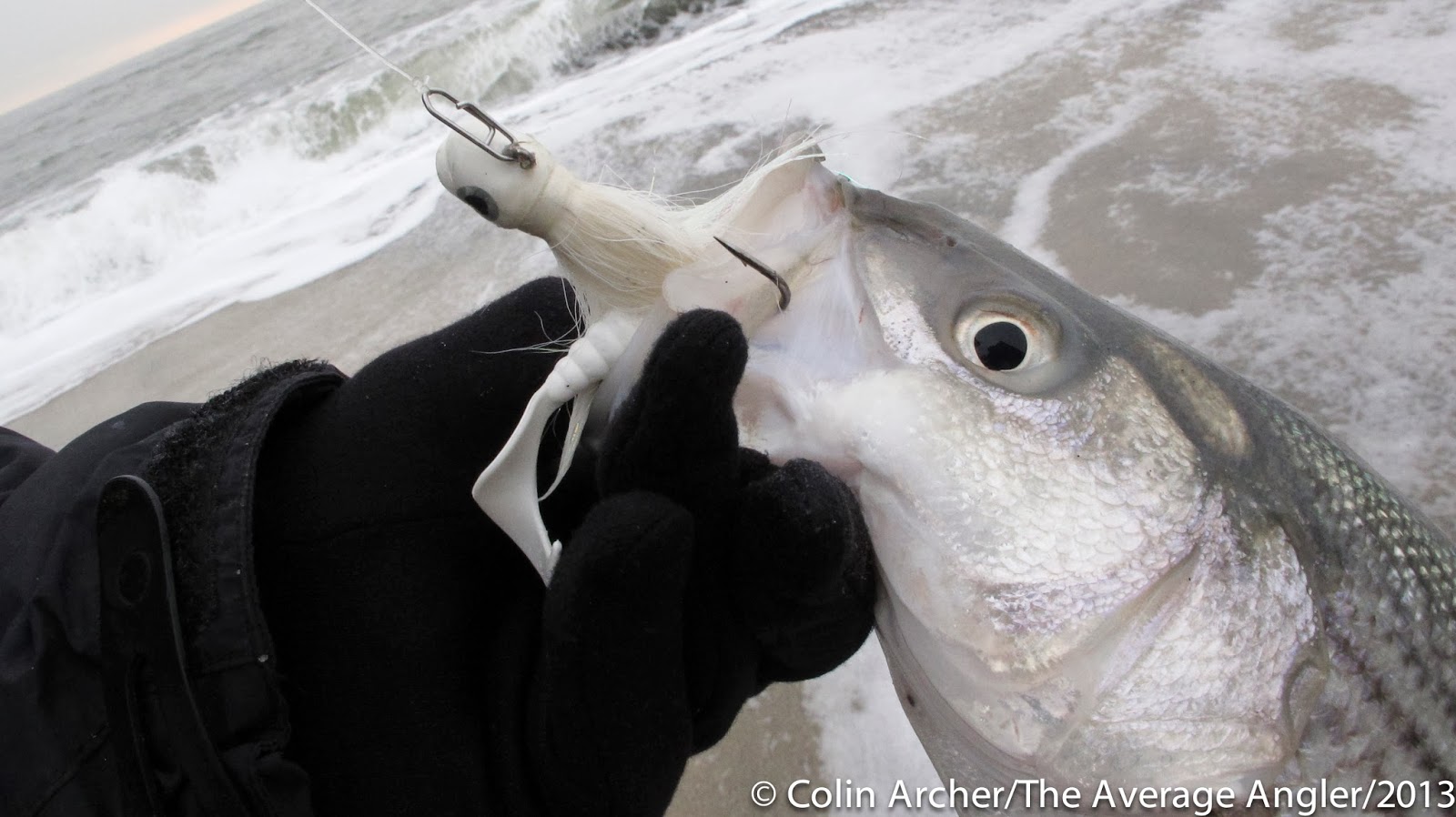 to Stripers Online to see if anyone else had fished and if they had any luck. On one post, Bob, known as RJ, mentioned something about stripers eating mole crabs, ie sand crabs or sand fleas, throughout the winter. Another poster chimed in that a recent keeper bass had a bunch in its stomach. Then I thought maybe Jimmy's bucktail is resembling a mole crab to the schoolie bass. It's weighted, fished near the bottom, and works well in the drop offs and troughs near the beach.

Knowing today might be the last day with mild temps before the freezer down opens in the northeast I tied up a few flies. There are several mole crab patterns out there one being Dave Skok's Blind Crab. Last year Joe Sawicki sent me his mole crab patterns (above) so I looked at both and tied up a version of my own....somewhere between the two might be a decent pattern. Basically its barbel eyes, artic fox, and estaz. If the surf was manageable this morning I might be able to work it in the trough on the incoming tide.
I got down to the beach in the dark. It was 52 degrees and I could hear the surf from the street. The wind was blowing 25-30 from the south so finding and fishing the north sides of the groins was my only shot. I saw Jimmy and asked him if he had a twister tail that he used with his bucktail. With the tail on if resembled less of a mole crab but I was willing to give it a try.
I was using a 300 grain sinking line, weighted fly with the tail, and casting it wasn't gentle or easy. especially with the strong south wind. I jumped around fishing a few pockets dodging the debris and timber that was circling the pcokets. You can see in the top pic what conditions were like. I even tried to get a few casts on the south side but that was futile.
In the end it was a good outing, and I will incorporate using the twister tails on some flies. Its not a new idea as fly tails as they are called have been on the market for some time. The tail really gives the fly a lot of action, better than saddles off the back do. I am also going to try this year in throwing some home made light wooden plugs with a fly rod. Don't know how that's going to go down but I am giving it a shot. I know the fly gods won't look favorably on it but its something I have been wanting to try, maybe the two hand rod will be the way to go with that. 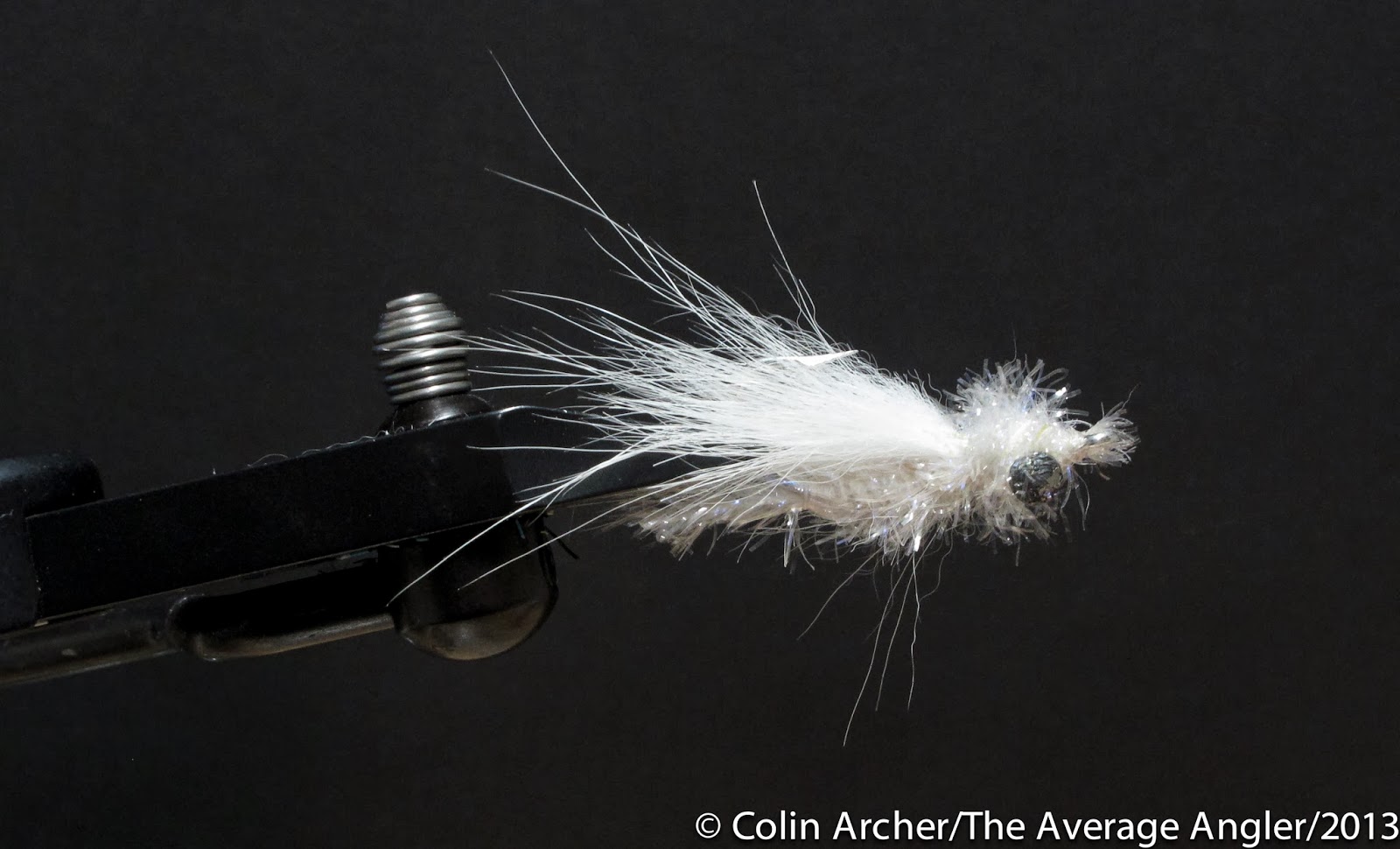 Posted by The Average Angler at 9:52 AM