01.16.14 The prep for a sand onslaught is readied in Ocean Grove

With the heavy fog that blanketed the Jersey Shore gone this morning I took a drive to see what was going on with the beach replenishment work being done on the beach. The current contract that runs from 8th Ave in asbury Park to the Shark River Inlet in Avon. That contract, which was 18.3 million dollars, will pump over 1 million cubic yards of sand onto the beach, which, as stated, will return that stretch to pre-Sandy conditions. 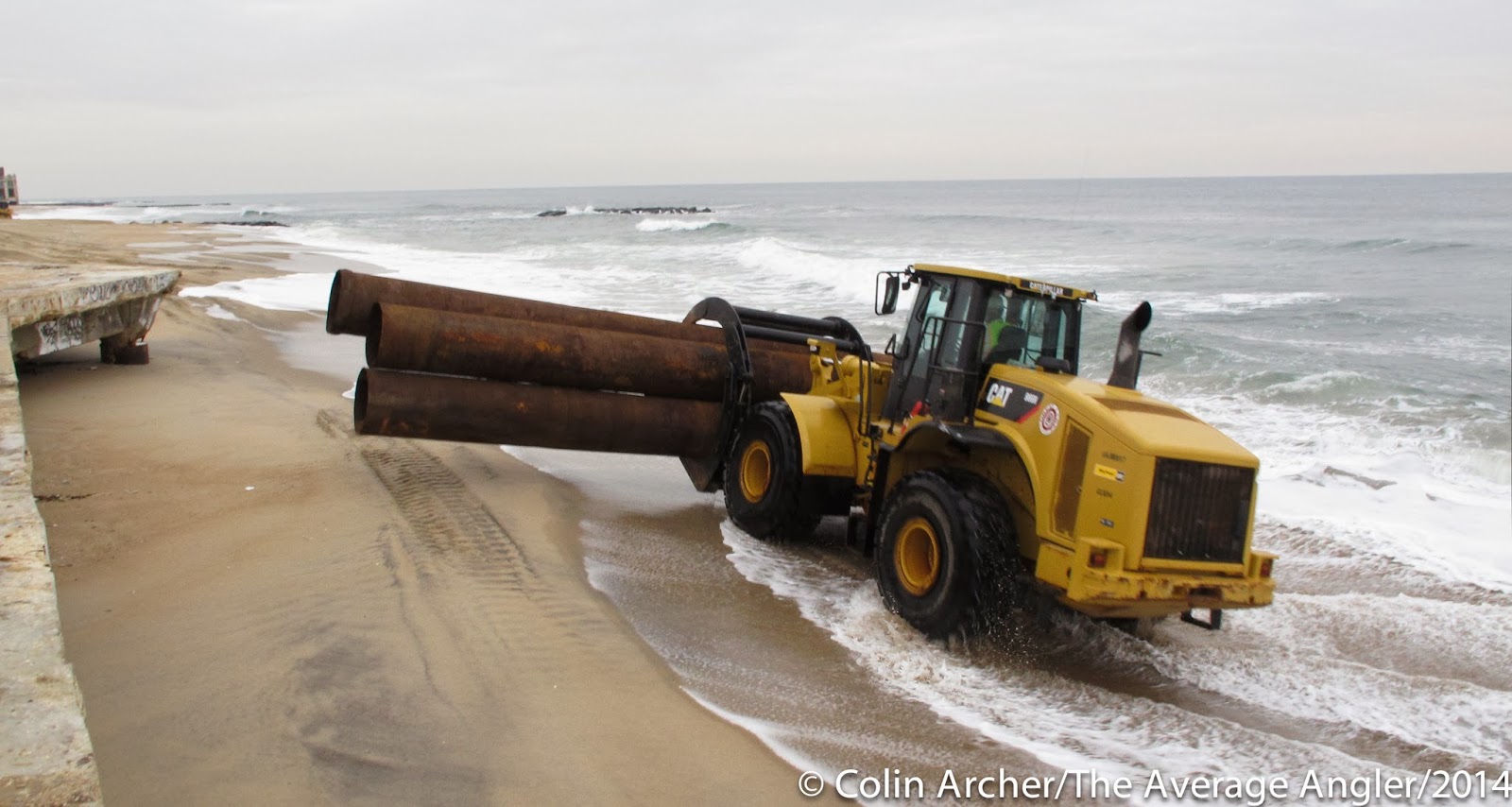 As I watched as the machinery shuttled the pipes from Ocean Grove into Asbury Park I couldn't help but think of how many good fishing days and nights we had along this stretch. As with any other spots that are favorites to anglers, some go under the radar for most, especially if they aren't well known or take some work to get to. The Jersey Shore is no different. Yes, there are the well known and easy ones that produce fish, but there's nothing like finding that spot that you know at certain times and under certain conditions will hold fish. There's nothing worse then coming up with a plan for a trip, either in the fresh or salt water, and arriving and finding someone else with the same plan. In the end you just have to tip your hat and hope that that angler keeps it under raps.

One such morning happened for me at the above spot. It was August 15th. The sun was already up and it was dead low tide. Normally I would say it should have been over. In the dead of summer the window usually shuts when the high bright sun is up in the sky. 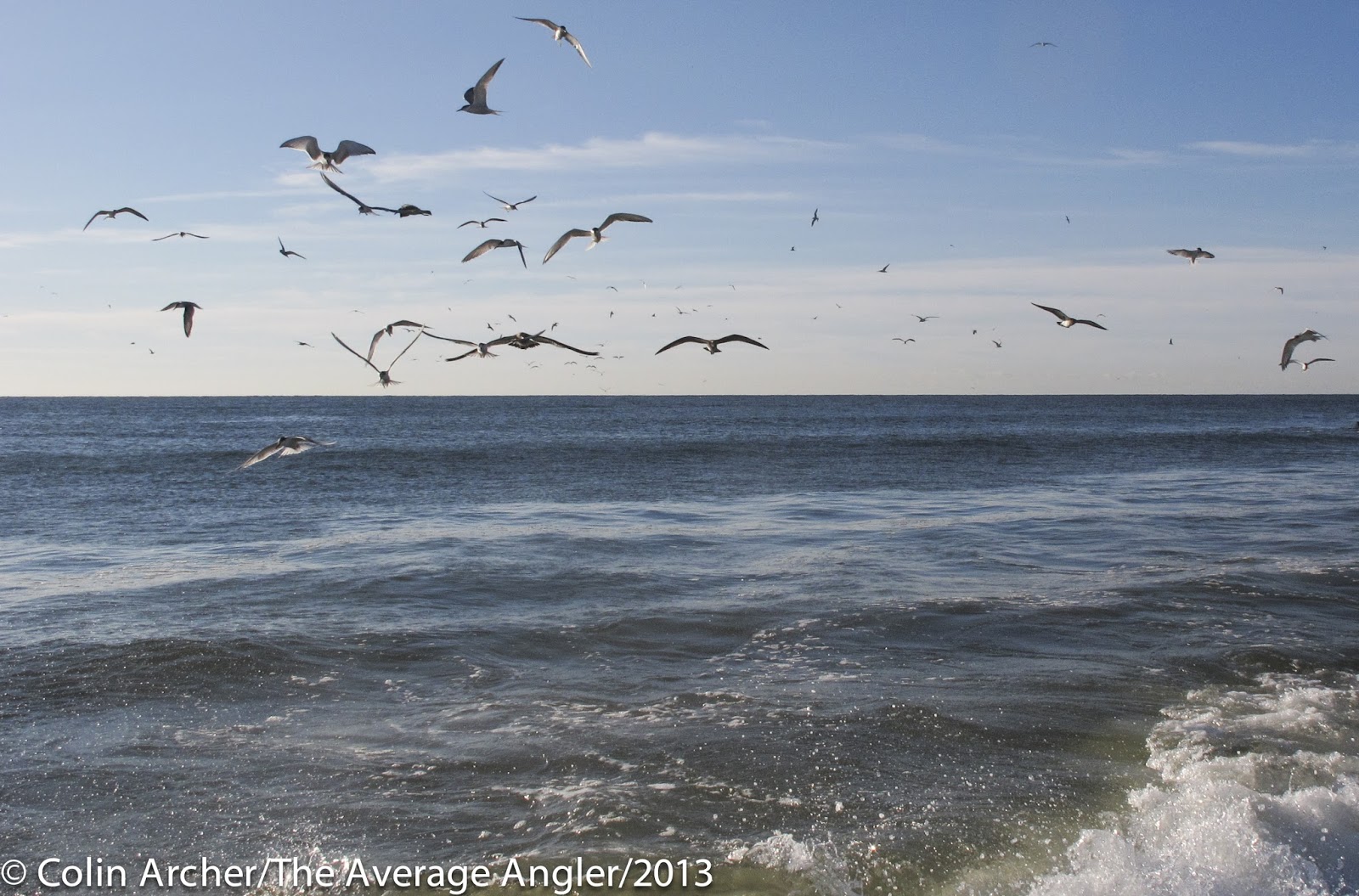 But on this morning I stopped and took a look and found tons of birds working over blitzing bass in the surf. I thought I had died and went to heaven. I hurriedly got into the action and kept looking right and left for others in the cell phone network to arrive, but no one came. It was all mine for 45 minutes. You can read more of it HERE. 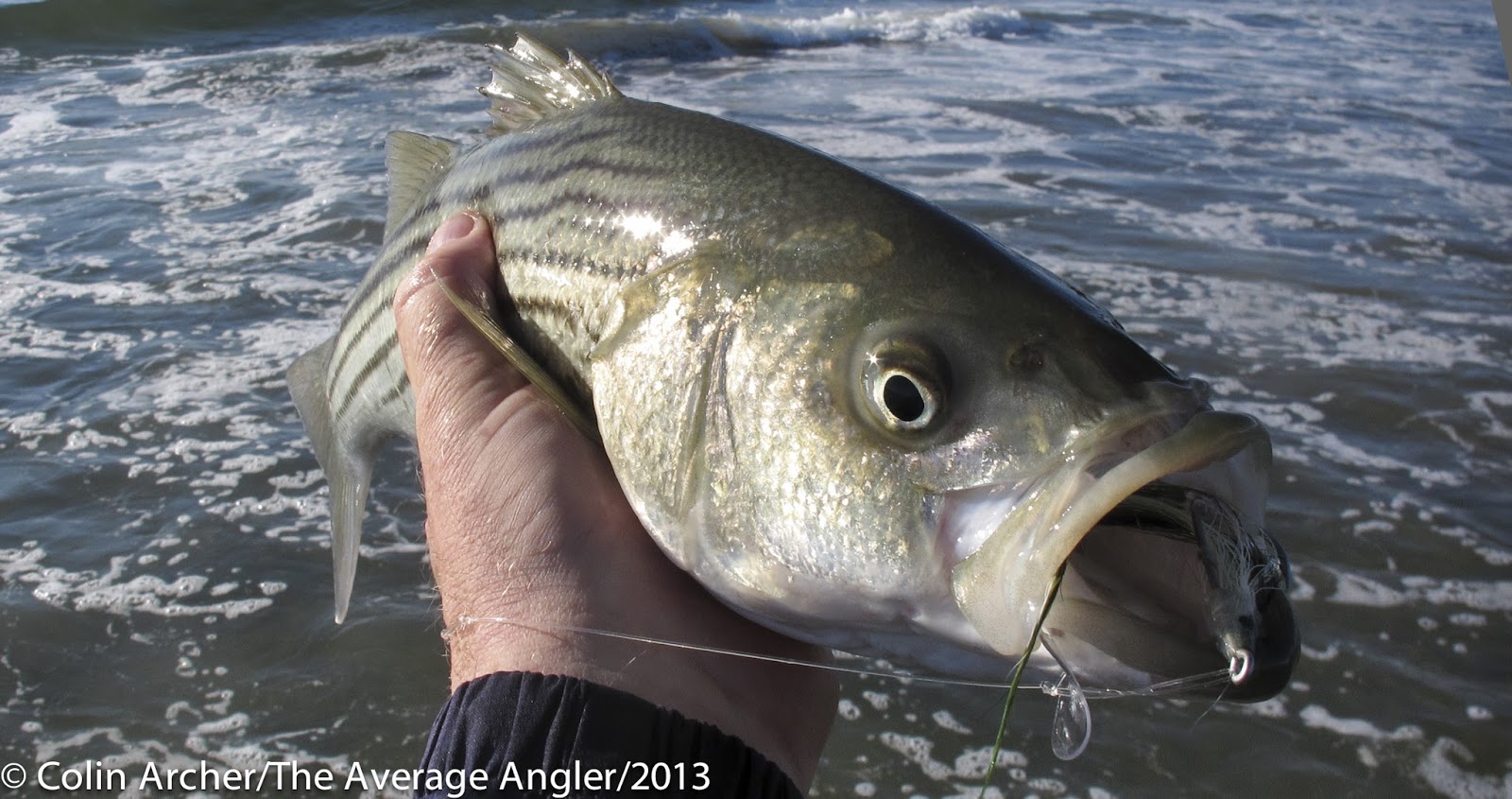 In the days following I came to put together what had happened that morning. Recent heavy rains had pushed Deal Lake up and juvenile gizzard shad had made their way out of the 8th Ave flume. They were hugging the beach for two days and the bass had found them. I had walked into them two days post rain, later I found out that an angler I know had caught 24 fish the day before. It's not only fun in catching fish, but learning why you did, especially maybe at a time when you shouldn't have.

I went back for two mornings throwing flies that I thought would match the small shad. I didn't get a bump. But it was still fun.

So the reason I write this is because I don't know what the beach replenishment will do to the landscape on the beach. Will there be good structure, sand bars, troughs, and pockets for the baitfish to get schooled up in? Will the pathway in and out of the various flumes be impeded by the pumped sand and subsequent littoral current that Mother Nature will move on her own?

Beach replenishment hasn't happened in these parts for years, and older and experienced anglers say it takes years, even decades, for Mother Nature to undo and correct what we have done to the beach landscape. I just hope the Jersey Shore doesn't become a Garden State Parkway for the striped bass and bluefish. A quick route from south to north, with a few choice rest stops along the way to eat, stretch, and rest for a minute before moving on to a better place.


Posted by The Average Angler at 9:33 AM