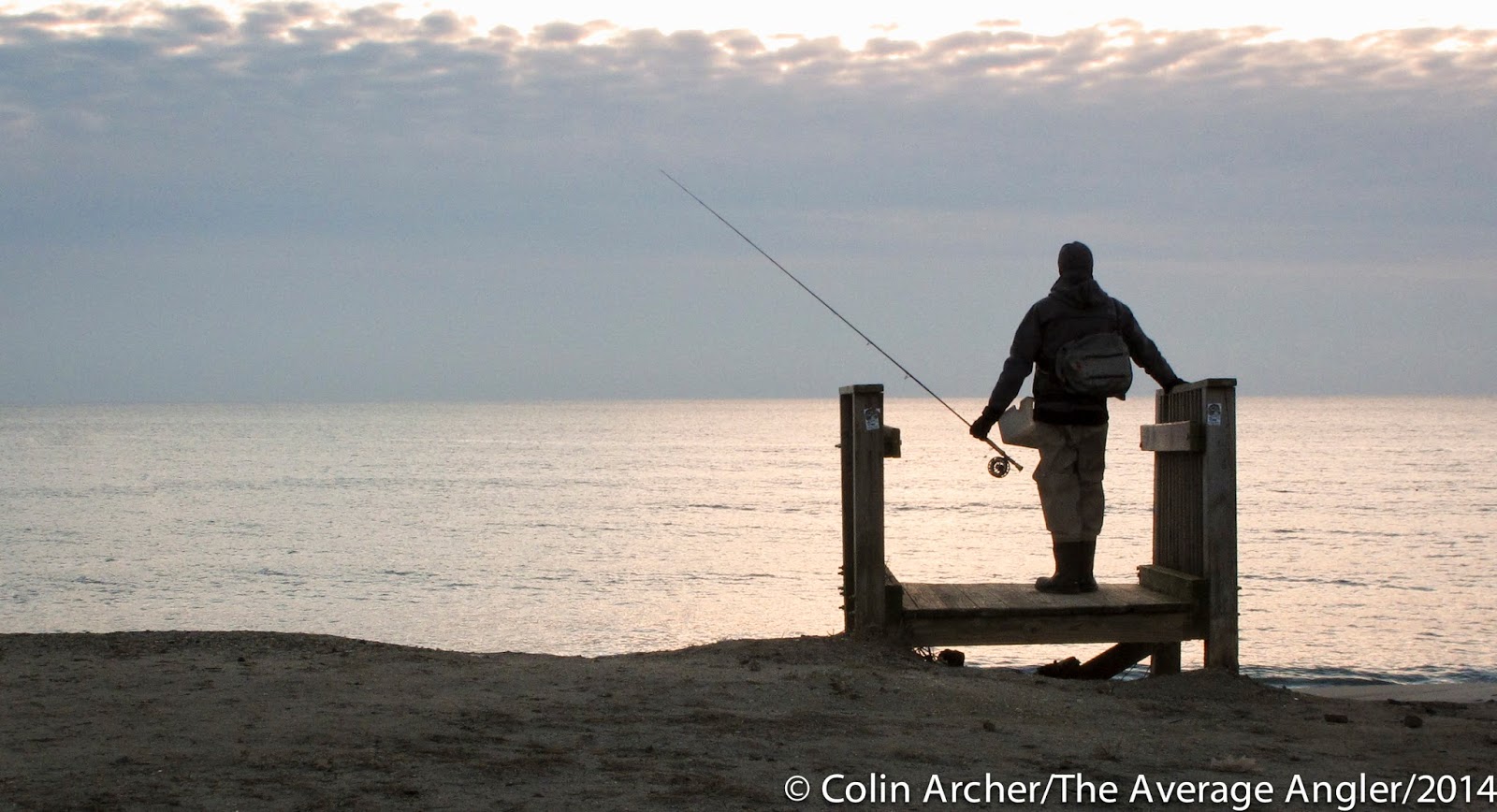 This famous quote, always credited to Henry David Thoreau, came to my mind this morning as I walked onto the beach. Even when the conditions aren't perfect, or there is a slim to none chance of landing a fish, myself, like so many other anglers continue to go out and fish. Sometimes I ask myself why?
Sometimes it is all about catching a fish. Fooling one with a properly presented fly while out enjoying the environment and life itself. There is joy in hooking, landing, photographing and releasing the fish back into the water. (Now, to be honest, in the summer those keeper fluke aren't going to swim again!) Other times its just about an escape, a short time to separate yourself from life for a moment and just reflect and think. I think I do that more often then I even realize. Maybe that is why I prefer to fish alone. Alone on the rocks, alone in my thoughts, well, maybe, just alone.

This morning was a bit cold out but it was pretty and I was alone but for another angler who made his way out for maybe the same reasons. The air was 24, there wasn't much of a wind, and the water was just perfect enough where you could just cast and retrieve, without even or thinking about the currents and the hazards around the rocks associated with them. It was cold enough out that I think the gulls were cold also. They just stood with their backs to the water and didn't move. Maybe they were just out thinking also.

I only lasted for a little while getting my daily fix of "fishing" and thinking. When I got home I researched a little about that famous quote. I found a website The Walden Woods Project, HERE, that researched and cross referenced famous mis-quotations.


Misquotation: Many men fish all their lives without ever realizing that it is not the fish they are after.

Michael Baughman wrote in his  A River Seen Right (Lyons Press, 1995) p. 156, clearly paraphrasing and not quoting: “I think it was in Walden where he wrote that a lot of men fish all their lives without ever realizing that fish isn’t really what they’re after.” Baughman may have been paraphrasing from Thoreau’s Journal, January 26, 1853:
It is remarkable that many men will go with eagerness to Walden Pond in the winter to fish for pickerel and yet not seem to care for the landscape. Of course it cannot be merely for the pickerel they may catch; there is some adventure in it; but any love of nature which they may feel is certainly very slight and indefinite. They call it going a-fishing, and so indeed it is, though perchance, their natures know better. Now I go a-fishing and a-hunting every day, but omit the fish and the game, which are the least important part. I have learned to do without them. They were indispensable only as long as I was a boy. I am encouraged when I see a dozen villagers drawn to Walden Pond to spend a day in fishing through the ice, and suspect that I have more fellows than I knew, but I am disappointed and surprised to find that they lay so much stress on the fish which they catch or fail to catch, and on nothing else, as if there were nothing else to be caught.

The closest parallel in a non-Thoreau text is from E.T. Brown’s Not Without Prejudice: Essays on Assorted Subjects (Melbourne: Cheshire, 1955) p. 142: “When they go fishing, it is not really fish they are after. It is a philosophic meditation.”


Where ever the origin of the quote truly lies the message is the same, and one that all anglers should ask themselves at one time in their life or another. I find reflection is good, alone is good, and time spent fishing is good too. 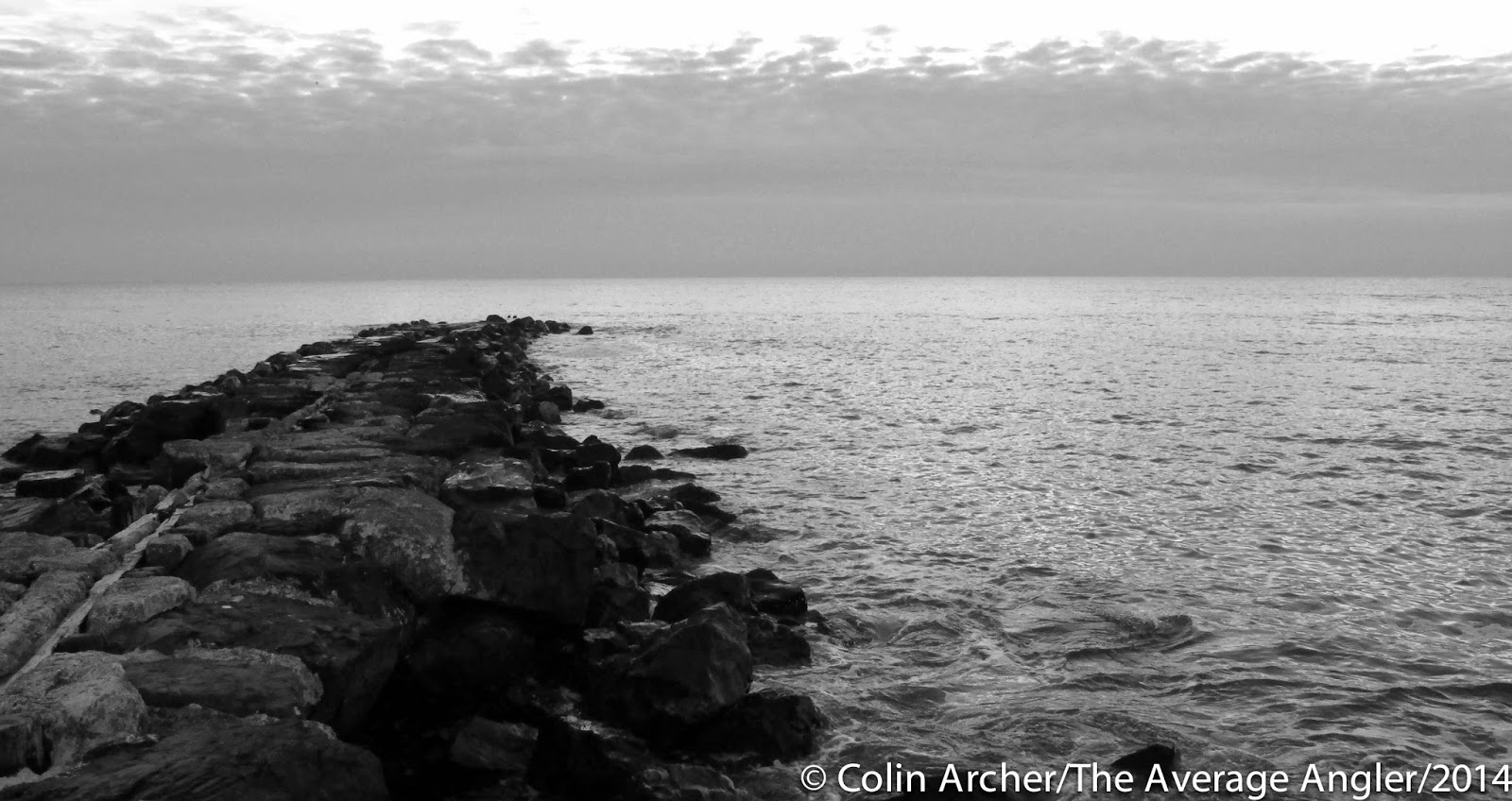 Posted by The Average Angler at 10:34 AM