Had a great week with my family in Costa Rica were we stayed in Playa Hermosa, Guanacaste. My mom, sister and boyfriend, brother and sis in law, and me and the wife made the trip.

I would love to have this long detailed blog post about the week, but I'll just have to tell you in person when we fish sometime together.

Here's the short of it.

Costa Rica and fly fishing- they are not a couple yet- at least all the places I went to. Fishing is about live bait and trolling for sailfish and mahi and tuna, or big plugs and live bait for Roosterfish. The captains I talked with just didn't get or want to get fly fishing. Hey, I can't blame them, they put their clients on and catch fish for them just fine the way they do it. Before I left I did a lot of research on line and emailed back and forth with local captains (from the US) that are in the know of Costa- it's not a big fly fishing destination- yet. I found The Zancudo Lodge HERE, which is an Orvis Endorsed International Operation, but it was too far south from our location.

Below is a video that I shot showing how the locals fish off the beach and rocks. I didn't see them catch much, but they worked their asses off and went in to just under their chins to get their baits out further.

I fished for a bit from the rocks standing on volcanic ash and rock which is much easier than the groins and jetties back home. I was able to outfit the fellas I was with and they gave it a go with the fly rods before switching over to spinning rods we found in our rented house. I have to thank the boys who rescued a fly of mine from the cliff behind me. That's my brother in the CROCS balancing on a small ledge- looks like he might be a future Squirrel Award winner himself. It must run in our blood. 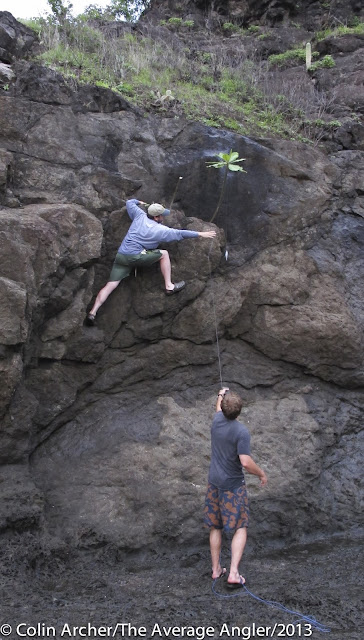 Of course the trip wasn't complete without breaking a fly rod.  I was casting an un-weighted Deceiver on a H2 and the tip section fractured above the ferrel. I almost lost my lunch, and then my life as the fly was stuck on the rocks in front of me, and if I broke it off, the tip section would have been lost. Luckily after a half and hour I got the fly free. The rod went back to Orvis today. 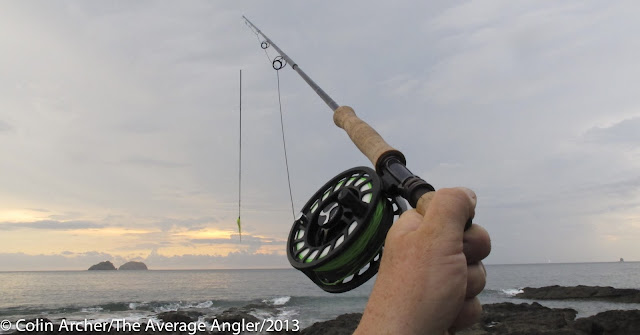 In addition to the beach fishing I also had two half day boat charters, one with my siblings and the other with my mom in tow. The first day was trolling ballyhoo and after finding a bloated and floating sea turtle the mahi were stacked up underneath and hungry. Of course I refused to catch a fish on anything but a fly, which puzzled the captain and crew, but my siblings had a blast catching dinner and releasing the rest. 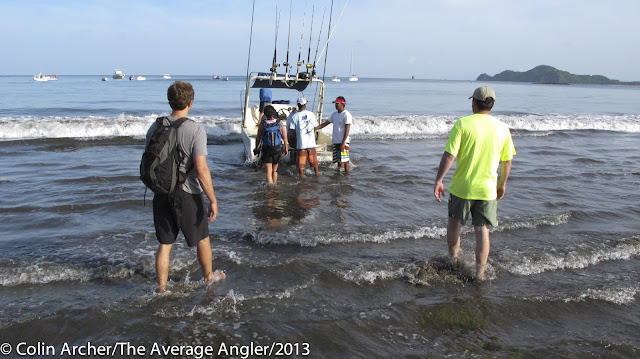 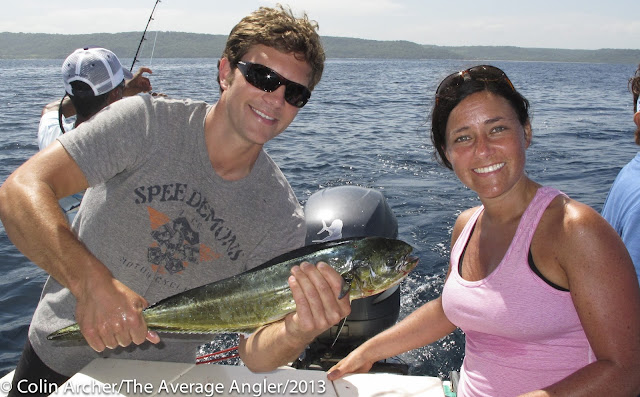 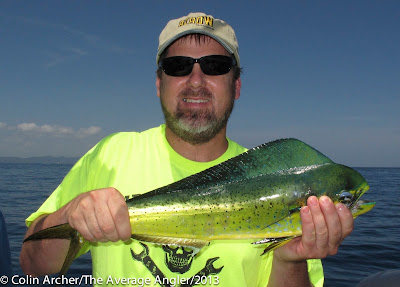 On the second boat trip I found a captain that had a boat without a canopy and was much better for the fly angler. The only slight problem was there was never a fly rod in the boat so getting that working relationship down between captain-angler took a bit. Couple that with a outboard that had to be steered by hand when the cables broke and a young son that was spin fishing made it for a challenging day. 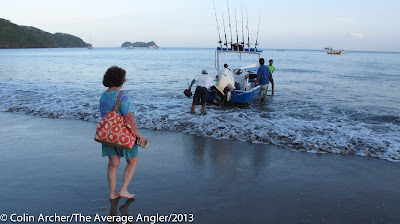 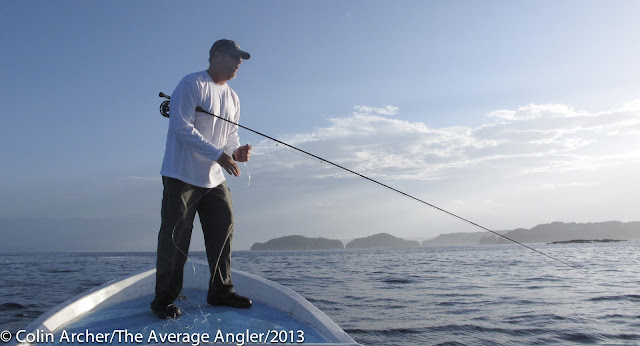 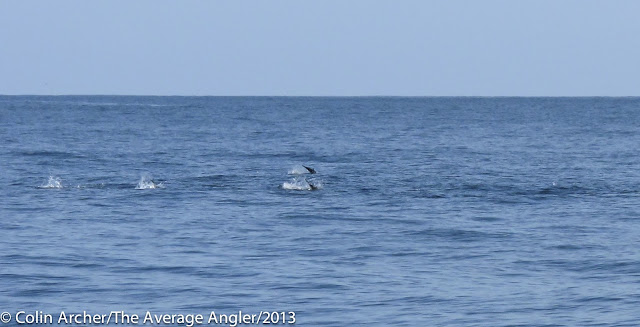 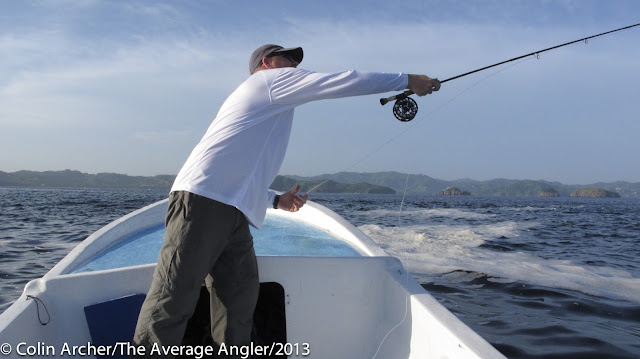 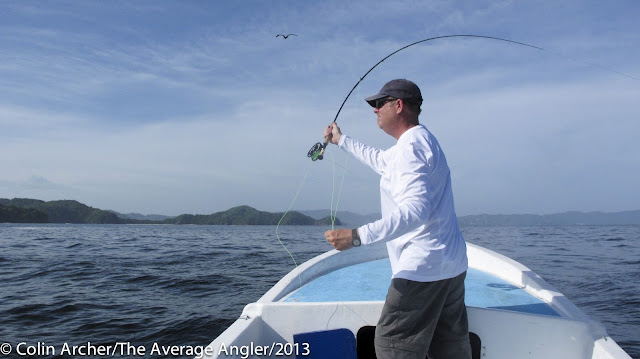 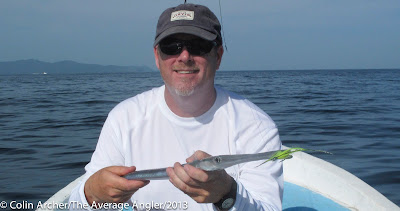 It was a week full of good food, good drinks, and good company. As always, I return home to the United States knowing in my heart that if I never traveled to fish I would be just fine as the the trout in the Upper Delaware and striped bass and friends along the Atlantic Coast are all that I'll ever need. 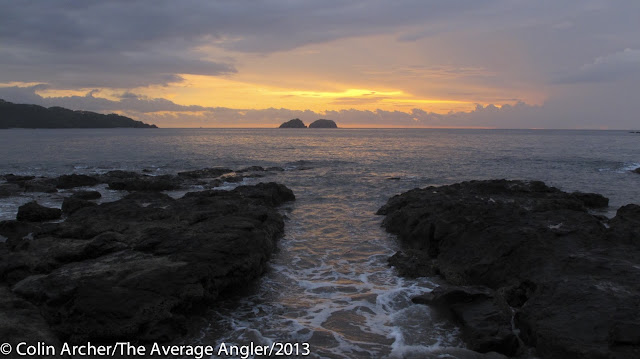 Posted by The Average Angler at 10:37 PM