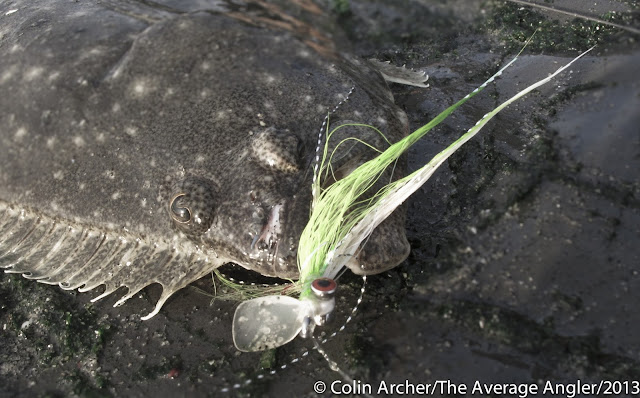 I was looking forward to getting out and first trying to pop up a bass or two at first light on the end of outgoing. Then on the incoming I figured I would switch over and try for some fluke. So last night I tied up a few Clousers using a product called FlyLipps. It;s new to me but has been on the market for years. It is a pre-fabricated plastic lip that is tied in to your favorite fly. Depending on how you tie it in determines the direction and action of the fly. Bob Popovics started this in the 90's with his silicon Pop Lips and I've used a newer creation in Jim Matson's Pulse Discs. Also, Marc Petitjean has his Magic Heads, but I have never used them. 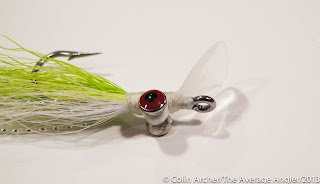 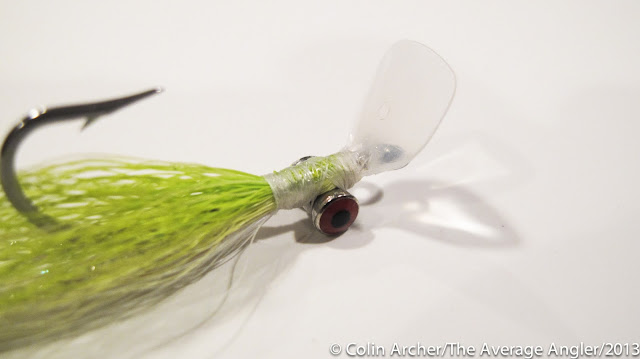 I was on the rocks before 5 am and found the surf and the frequency of waves on the outgoing not what I had in mind for a popper morning. I made casts to the backside in between the crests of the waves but didn't have any action. By 630 the water had settled to more popper friendly water but it didn't matter as no one was home, or they didn't want to answer the door, or breakfast bell.
I got in my truck and made a move and found a few friends swinging their fly rods. It was bassless morning for them also, but one did find a short fluke, after he yesterday caught a 21" fattie on the fly.  I talked with one for a while before mugging the other. A few casts later and a keeper fluke hit the FlyLipp-ed Clouser. I finished up by myself connecting with a short fluke before heading out...for just a bit.
Tonight it's me and the older girls for dinner so my plan was to catch two keeper fluke so I would have enough. I had to leave and drive my daughter to work by 830 but a slow and low incoming would give me time to get back for hopefully another shot at a keeper.
The water looked great and was starting to fill in and create some great current along the beach. I started back in a rip without a bump before jumping up on the rocks. I made a few casts, misstepped on a rock and broke my ass and nearly my neck, limped back up and after two casts with a hurt shoulder I had keeper number two on the line. Mission accomplished. I stayed for a bit landing three more shorts and was home by 945 with dinner and plenty of work day left to catch up on things. 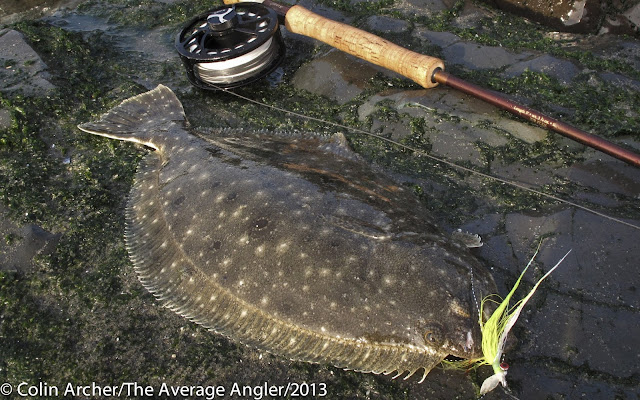 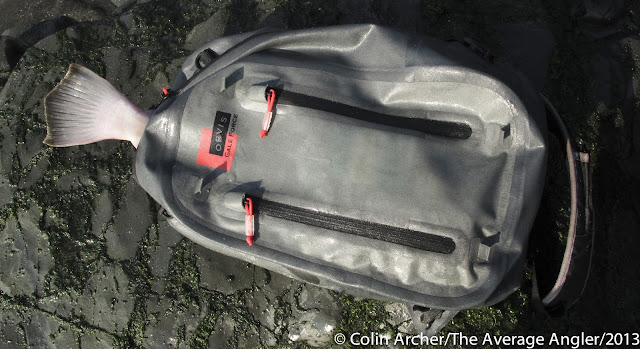 Posted by The Average Angler at 12:57 PM